Samsung and iFixit launched a self-service repair program for Galaxy devices, which was announced this spring. As part of the program, the user will be able to independently repair the Galaxy S20, Galaxy S21 smartphones or the Galaxy Tab S7 + tablet by purchasing original components and certified tools from the iFixit website, along with repair manuals.

At first, the choice of components will be small – displays, batteries, charging ports and back panels. Prices range from $67 for a charging port for any model to $227 for a display for the Tab S7+.

The kit includes a free return invoice that will allow you to send defective parts to a Samsung service for recycling. The self-repair program is currently available only to the United States, but will expand over time. The list of devices that can be repaired with its help, as well as the range of parts offered, will also be expanded.

We should also note that the self-repair program does not currently apply to Galaxy S22 or Tab S8 family devices. In this case, Samsung recommends that users contact dedicated device repair services. 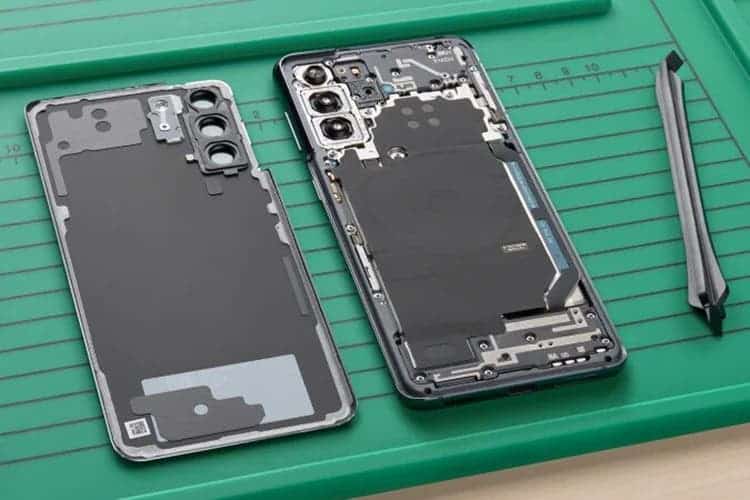 According to Counterpoint, the European smartphone market sank 11% in the second quarter to 40 million devices. In times of crisis, Europeans choose Samsung and Apple. Statistics showed the situation in the smartphone market in Europe.

At the same time, as in the global market, the leaders managed to increase sales and share. In particular, Samsung increased its share from 27% to 32%, and Apple – from 21% to 24%. The companies sold 13 and 9.6 million smartphones respectively against 12 and 9.2 million the previous year.

But Xiaomi, which closed the top three, significantly passed. Its share has fallen from 27% to 19%, although the closest competitors are still far behind; as Oppo and Realme occupy only 5% and 3%, respectively. By the way, Realme also showed growth, since a year earlier its share was 2%.

Next Used Tesla Model 3 sells for $91,000 in Australia - more expensive than new car