After several months of speculations, leaks, rumors flowing through the mill, a delay, and a new launch date, Motorola finally unveiled its next big thing. The so-called Motorola Fusion is finally here in the form of the Motorola X30 Pro. The new flagship arrives as the world’s first smartphone with a 200 MP camera. Furthermore, it brings the Snapdragon 8+ Gen 1 SoC and 125 W of fast charging. The device effectively sits as Motorola’s most ambitious flagship in years. The device may be released soon across global markets as Motorola Edge 30 Ultra. For now, the focus is on the Chinese market. So let’s see what this handset has in tow for the market.

The Motorola X30 Pro is, as we’ve mentioned above, the world’s first smartphone with a 200 MP camera. This comes through the use of Samsung’s ISOCELL HP1 camera. It’s a 1/1.22″ sensor with an f/1.95 aperture. The snapper also carries Optical Image Stabilization and 16-in-1 pixel binning. The 200 MP camera is capable of binning 16-to-1 pixels to 2.56um size in its default 12.5 MP resolution. Similarly, the camera can output 50 MP shots with 1.28um individual pixels or even natively at 200 MP resolution with 0.64μm pixels. The main camera can record 8K videos at up to 30fps. 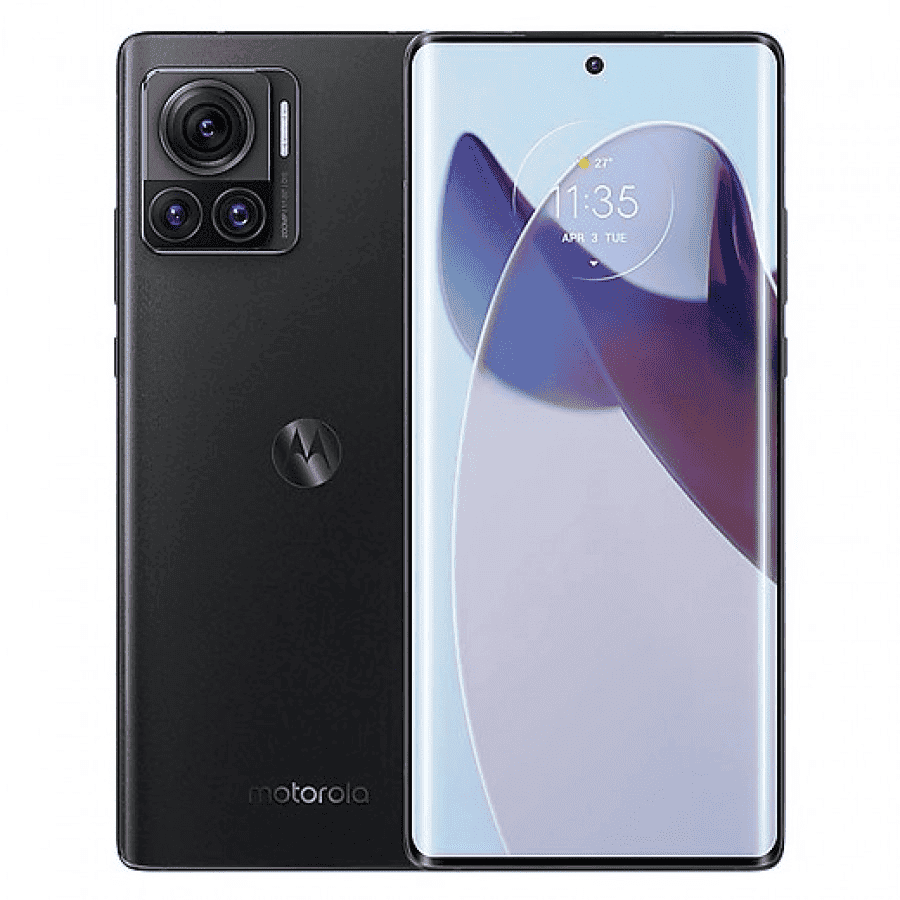 The device has a secondary camera with a 50 MP shooter for ultrawide shots. Finally, there is a 12 MP Sony IMX663 telephoto snapper offering 2 x optical zoom. Last but not least, the device sports a 60 MP selfie camera that sits inside of a punch-hole cutout. It’s an Omnivision’s OV60a sensor. 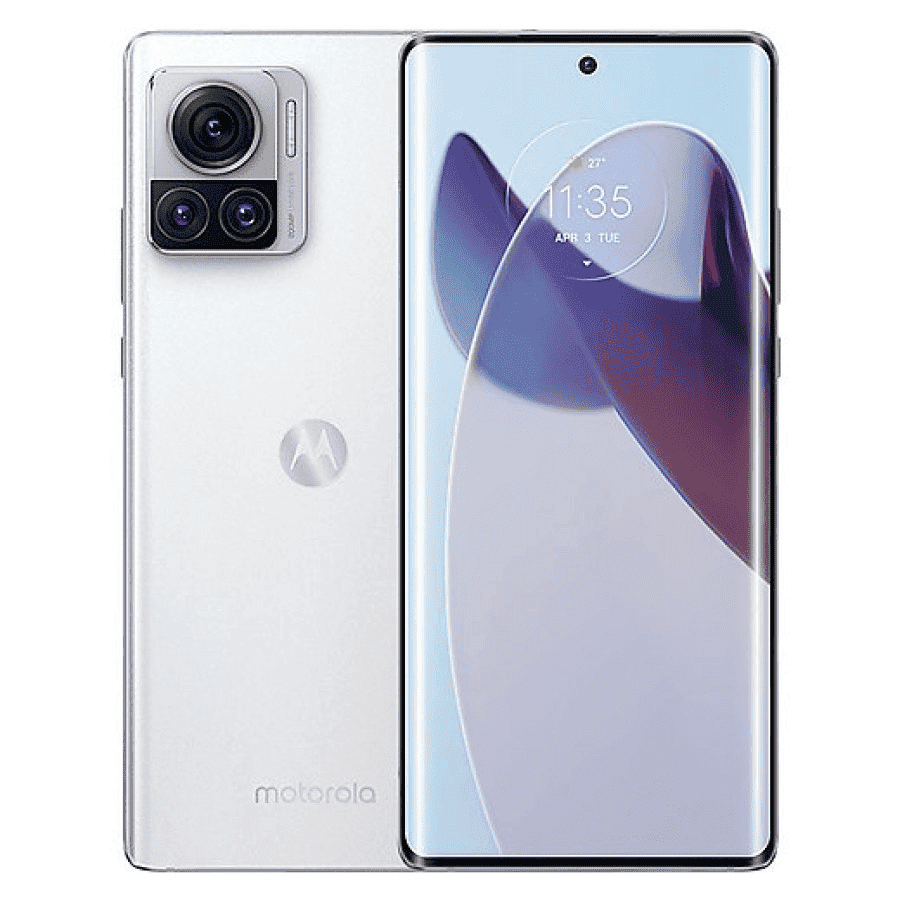 The Motorola X30 Pro flaunts a 6.67-inch OLED with Full HD+ resolution and 144 Hz refresh rate. The panel can crank out up to 1,200 nits of peak brightness. The panel also has HDR 10+ rating and sports an in-display fingerprint scanner. Under the hood, the phone packs a Qualcomm Snapdragon 8+ Gen 1 SoC alongside 8 GB and 12 GB of RAM. The device also has 128 GB, 256 GB, or 512 GB of Internal Storage. In terms of software, the phone is covered with Android 12 with MyUI 4.0 on top. 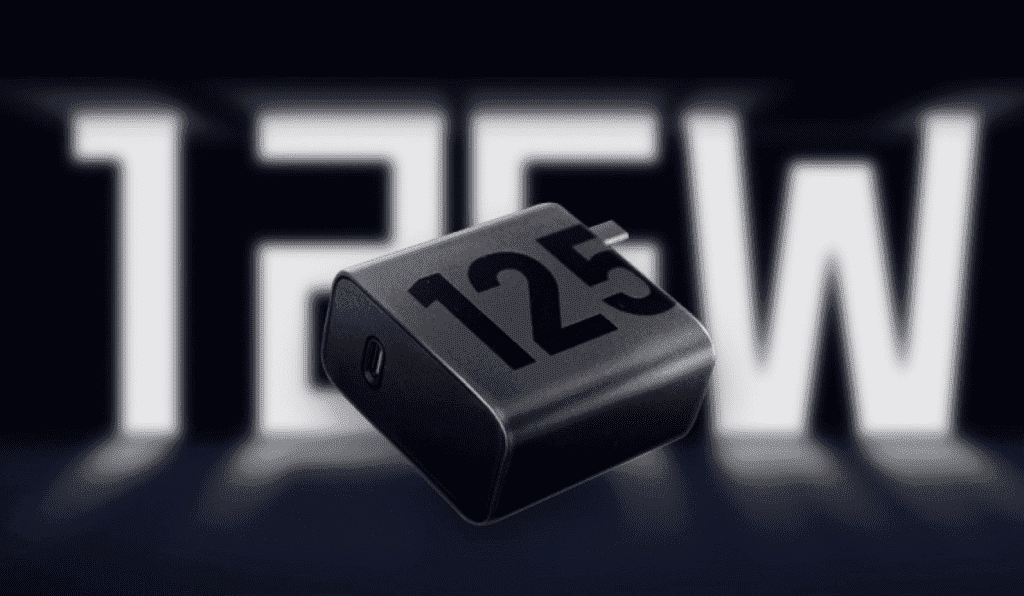 The Motorola X30 Pro draws its powers from a 4,610 mAh battery that supports 125 W wired fast charging. Motorola’s take on fast charging promises a complete charge from a flat in just 19 minutes. Moreover, the phone comes with 50 W wireless charging with an optional wireless charger. 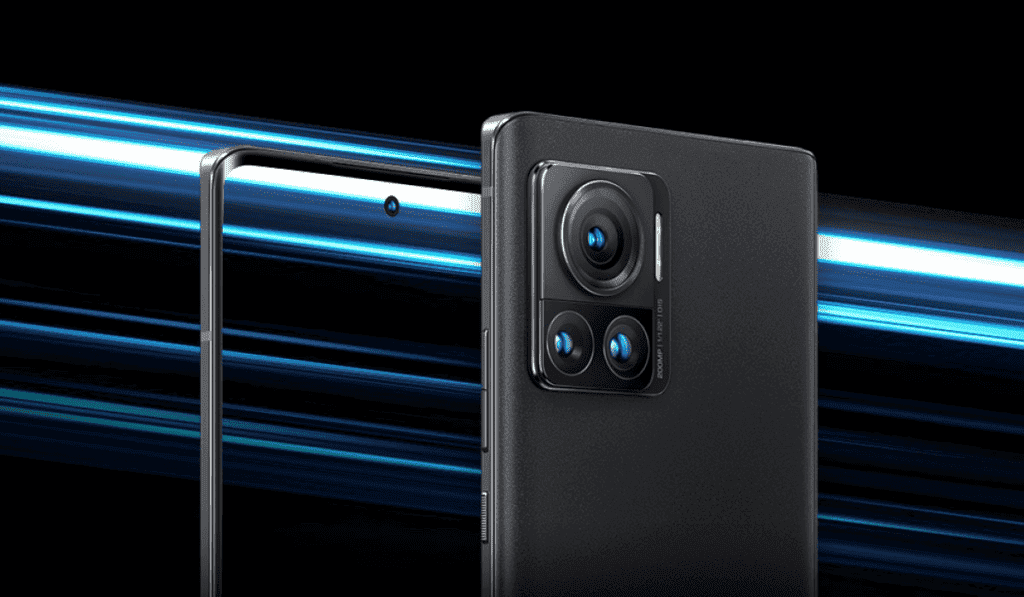 The Motorola X30 Pro is available in simple Black and White colorways. Unfortunately, Motorola is not bringing fancy colorways to meet current trends. But if you like classic colors, then you’ll be fine. The phone starts at CNY 3,699 ($548) for 8 GB / 128 GB of Storage. It also goes up to CNY 4,499 ($668) for the higher model with 12 GB of RAM and 512 GB of Storage. The open sales are already up.

Worth noting that the Motorola X30 Pro is touted to hit global markets soon, but Motorola will disclose the details. The device will compete against Apple and Samsung is several markets.