Today is a really big day for Xiaomi. The company has launched tons of new products and some of them come our way from Redmi and Mijia. For instance, apart from multiple Xiaomi products, the company also released the Redmi K50 Ultra.

The Redmi K50 Ultra has three colors: silver trace, elegant black, and ice blue. It uses a metal ring around the camera and a deeply curved AG glass. The phone is 8.6mm thick and weighs 202g.

Inside, our protagonist sports a Snapdragon 8 + Gen 1 processor. However, this is not the selling point of the phone as there are many handsets with this chip onboard. The machine has a total heat dissipation area of ​​30,000mm². In effect, when testing the phone for playing “Genshin Impact”, the maximum temperature was 46°C, while the average frame rate was 58.03 fps. 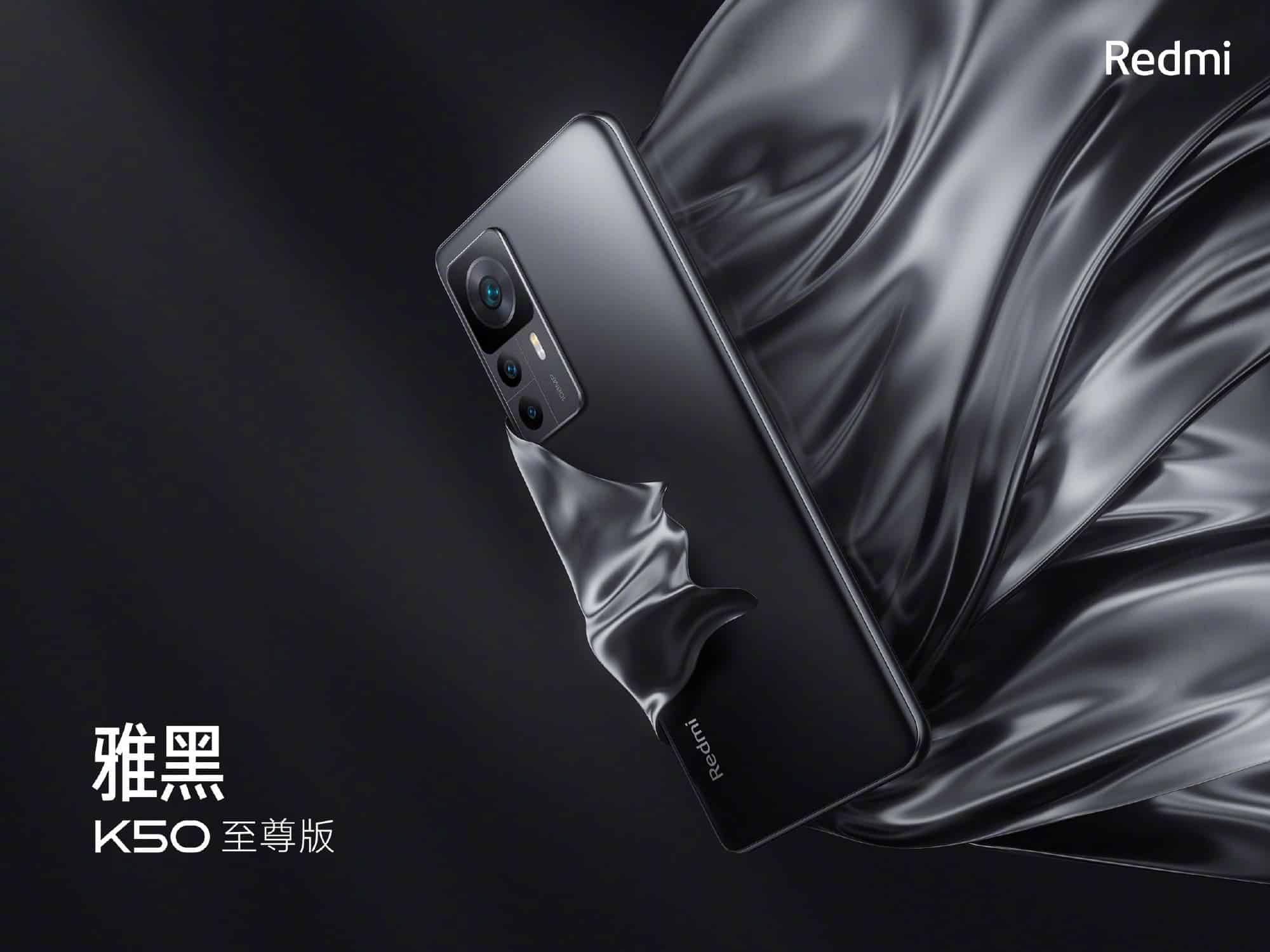 Another selling point of the Redmi K50 Ultra is the exclusively customized 1.5K straight screen. The latter has a 446PPI pixel density, supports high-frequency PWM dimming, passed the SGS low visual fatigue certification, and the screen power consumption is almost the same as that of the 1080P.

Under the hood, the phone hosts a 5000mAh battery, which supports 120W fast charging. Also, Xiaomi powered it with a self-developed Surge P1 charging chip. The latter can be found in its premium models. 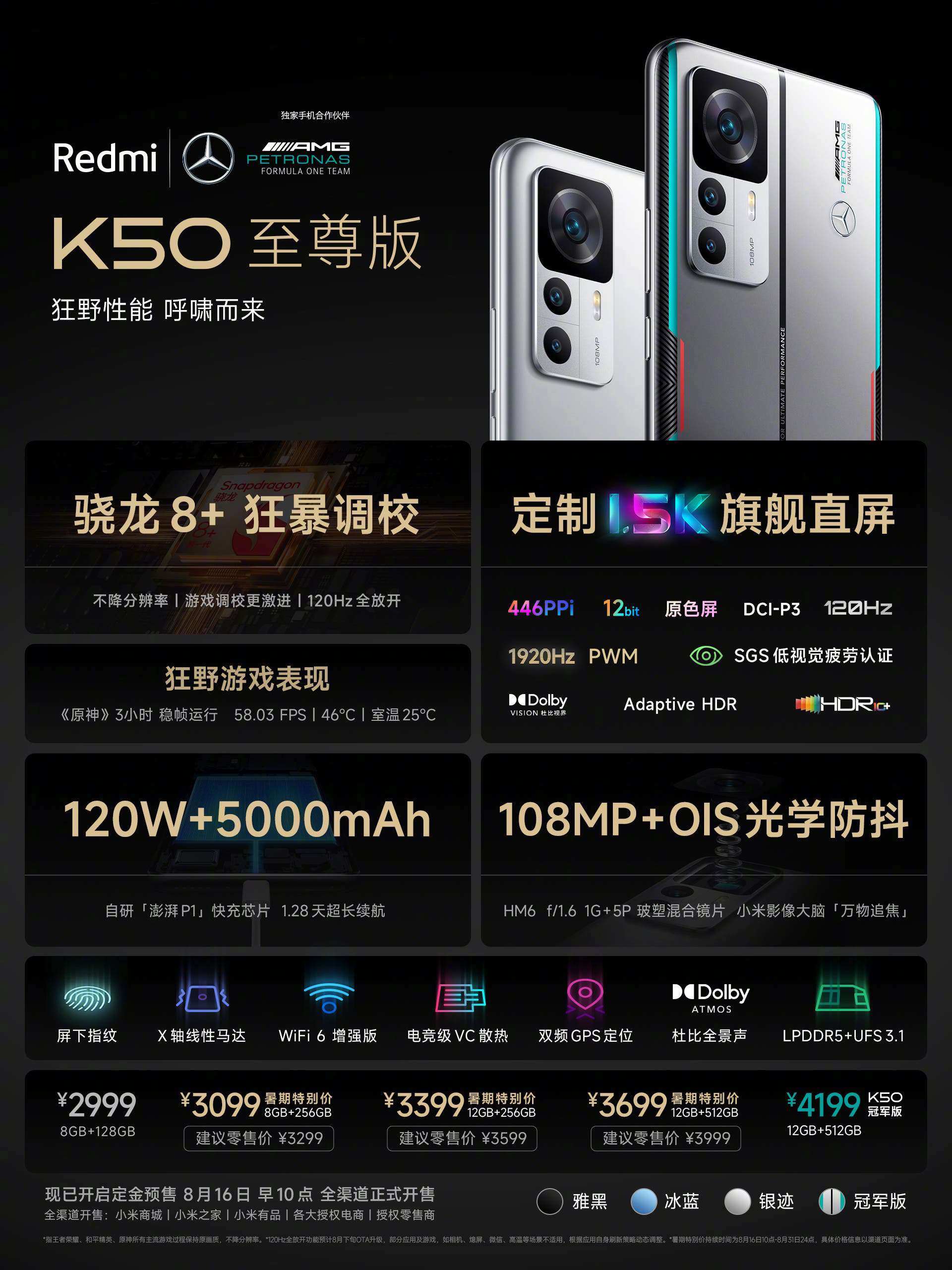 In other aspects, the Redmi K50 Ultra has returned to the under-screen fingerprint recognition, it comes with two stereo speakers, X-axis linear motor, supports NFC, infrared remote control, retains a 3.5mm headphone jack, and runs the MIUI 13 system. Also, it has an IP53 dustproof and waterproof rating.

We are dealing with a cost-effective smartphone. So the prices do not surprise much: 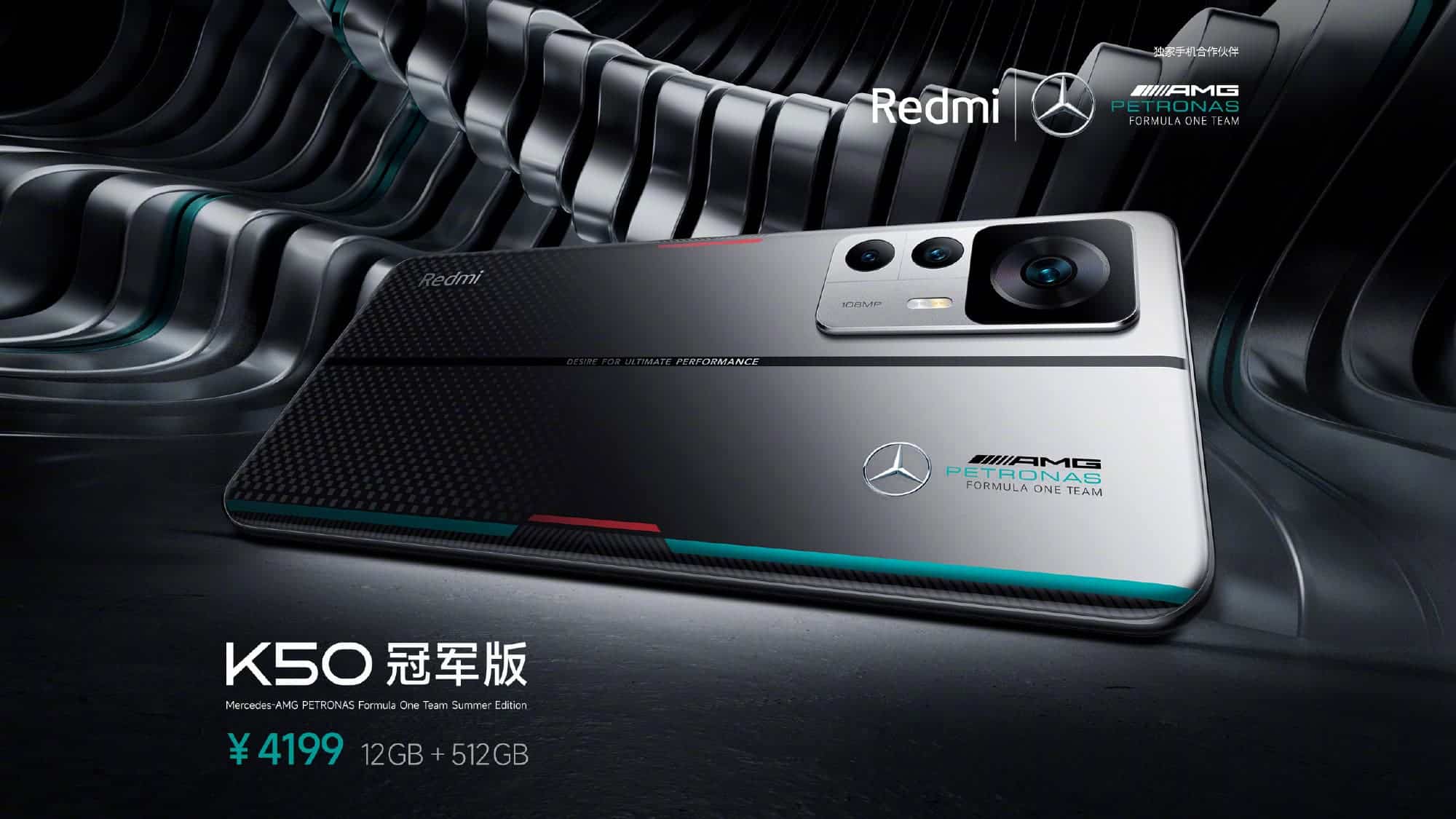 By the way, the company also introduced the special Mercedes-AMG F1 Team Championship Edition. It is available in a single memory version of 12GB+512GB and costs 4199 yuan ($623).