There are a few companies that think the future belongs to robots. Of course, the latter will have only one purpose, that is, to help people. But for this, they should have their intelligence, Artificial intelligence. And if so, who knows how this ends? Anyway, those companies regularly demonstrate their achievements or talk about their goals. For instance, Tesla’s humanoid robot Optimus will allow users to download their brain capacity into it. Have you heard about another bionic robot from this category? If not, this is a good chance to get acquainted with Xiaomi CyberOne, the company’s first product in this category. Xiaomi founder and CEO Lei Jun demonstrated its capabilities yesterday. And we must state that there is every reason to think it will challenge Elon Musk’s “friend.”

By the way, we should remind you that this is not the first product of Xiaomi in the bionic robot field. A year ago, the company demonstrated its first bionic quadruped robot, CyberDog “Iron Egg.” However, as you understand, the purpose, features, appearance, and technology of the CyberDog and the CyberOne differ completely. This is a full-size humanoid bionic robot. Thus, it requires more parts, more complicated algorithms that should work in real-time, etc. 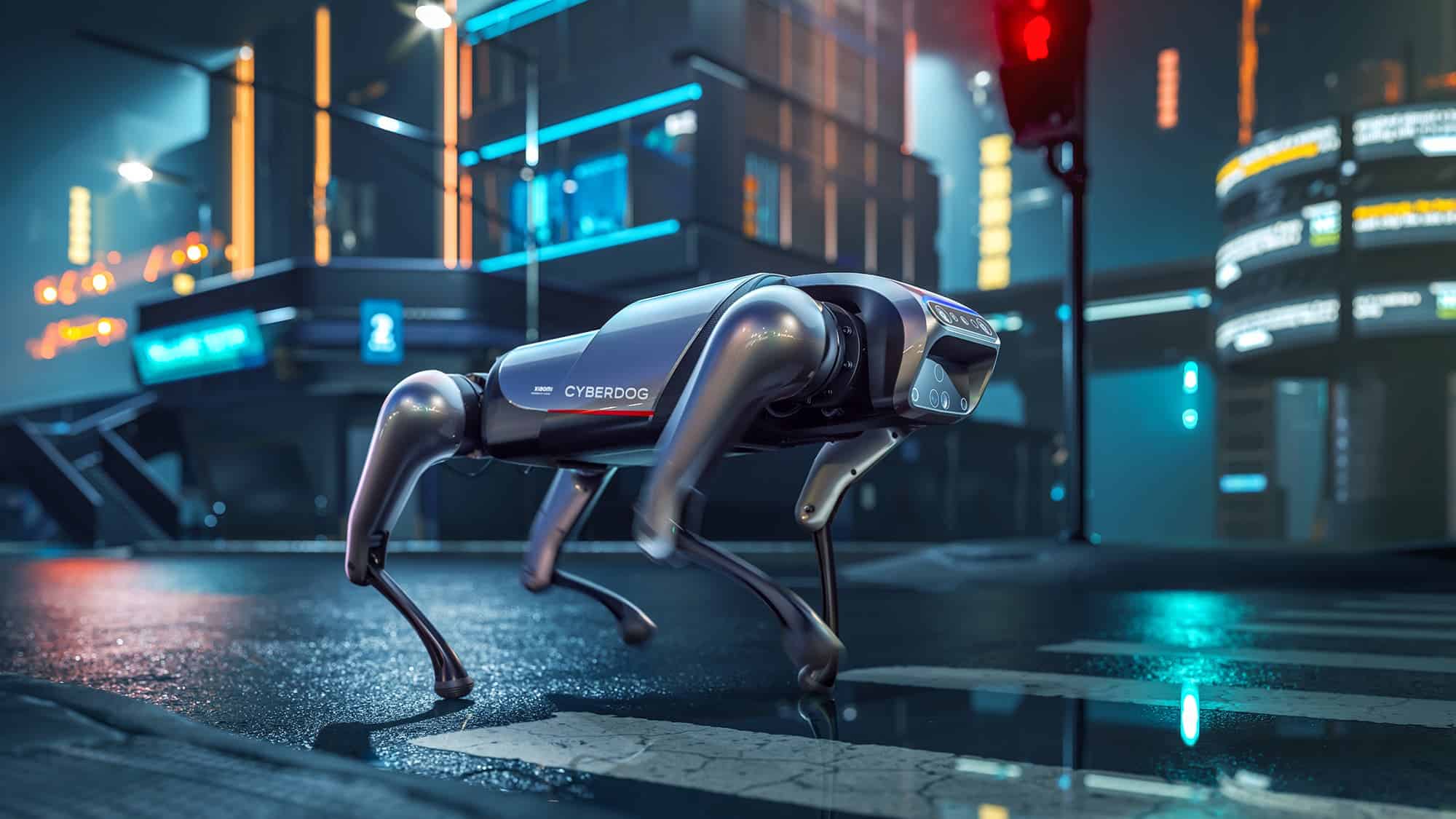 As for dimensions and weight, the CyberOne is 177 cm tall and weighs only 52 kg. Thus, it’s tall but light. So can we say the robot is female with a slim body and model appearance? 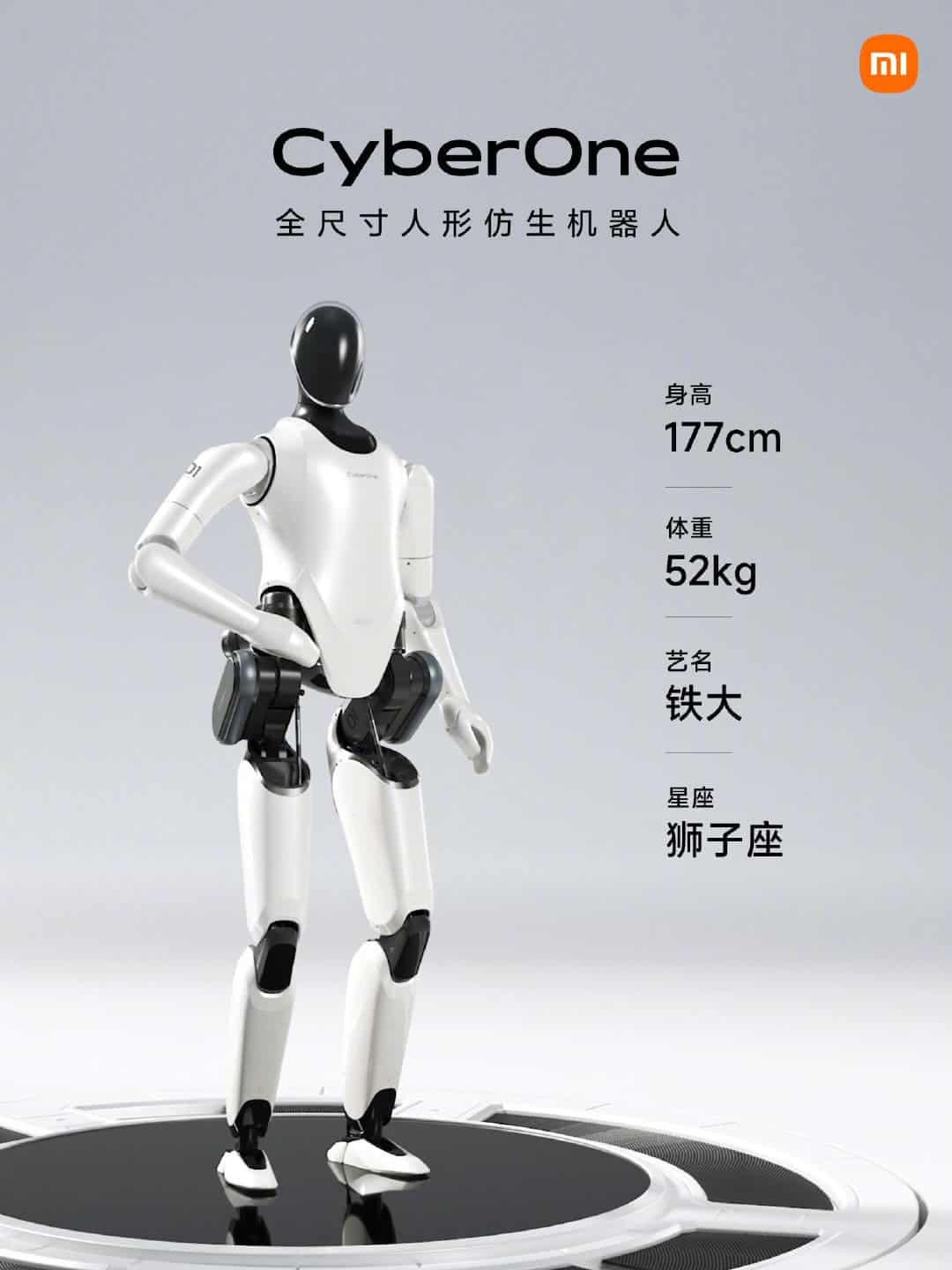 The humanoid robot walks on two legs. So it has the highest level of design difficulty. For humans, it took millions of years before we started working upright. In this regard, the Xiaomi team spent many years investing in research and development, and in effect, they let the CyberOne learn to walk. 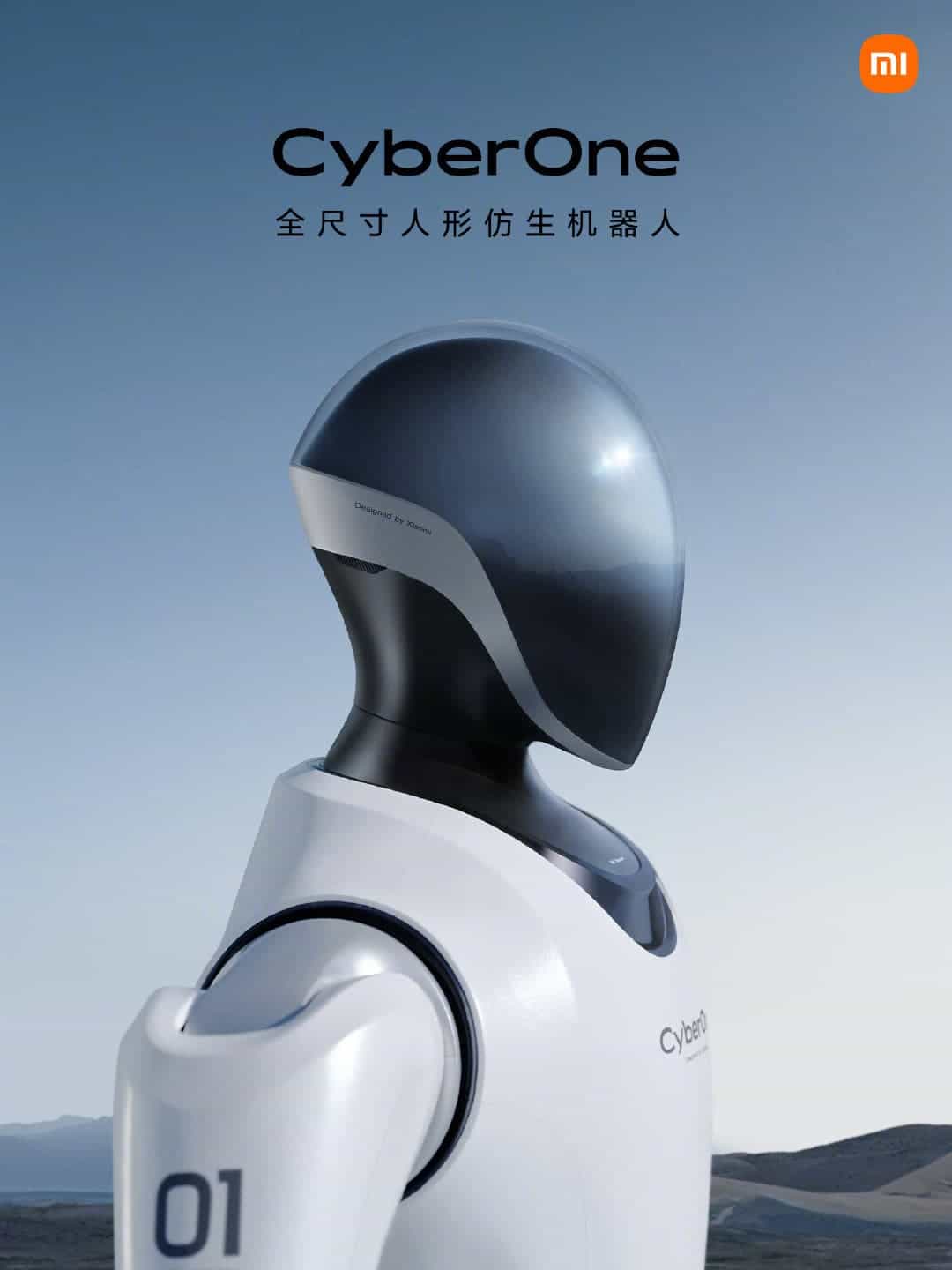 As for structure, the CyberOne has 13 major joints and can achieve 21 joint degrees of freedom. All those “parts” are controlled by a precise algorithm, namely the “cerebellum.” Due to it, the robot can achieve a bipedal walking speed of 3.6 hours per hour. Also, the limbs are composed of 5 kinds of joints and 21 sets of drive modules. They have a peak torque of 300Nm, and the peak torque density can reach 96Nm/kg. 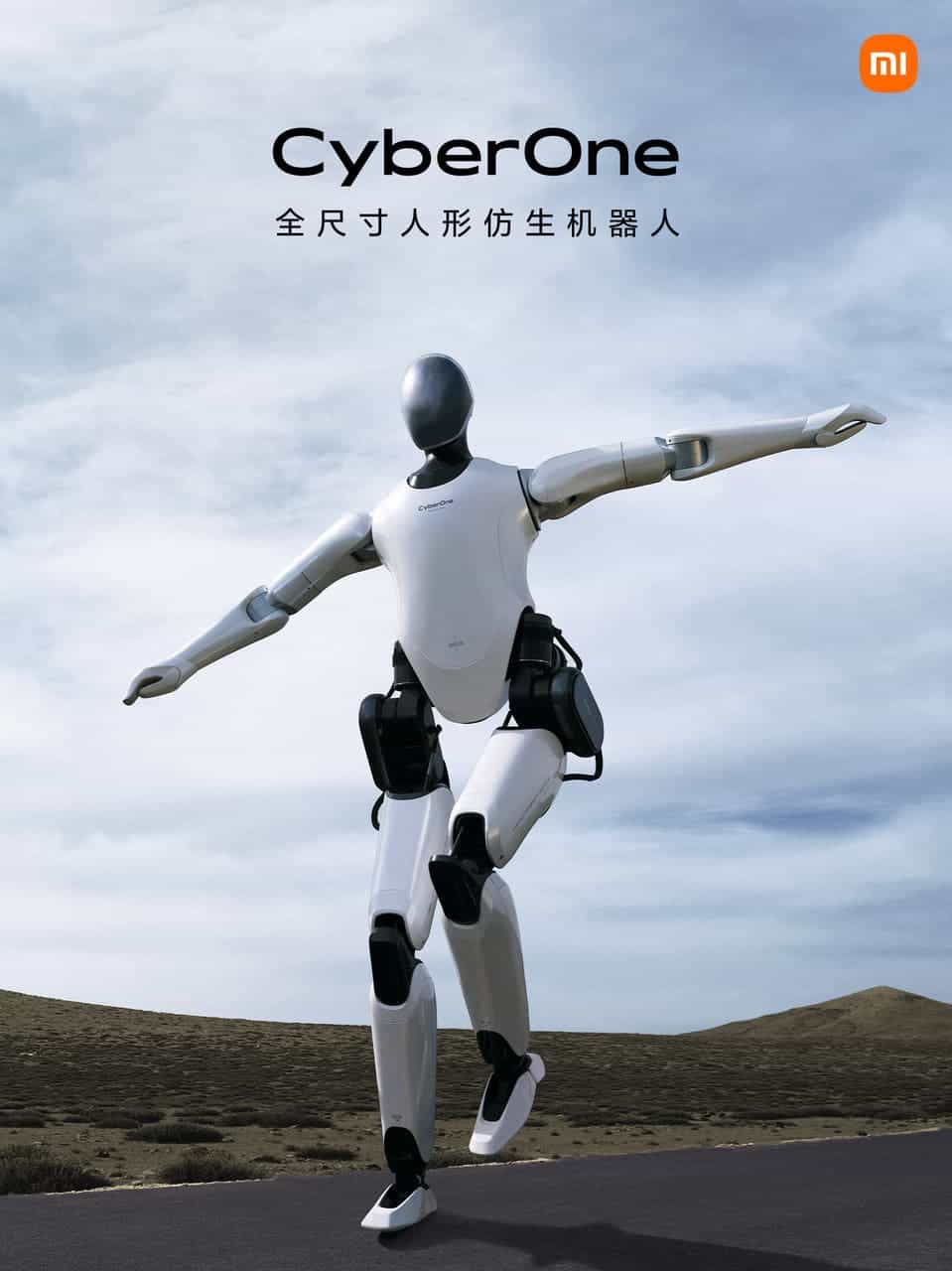 However, this is a humanoid robot, which means it will not only move but also interact with other robots people. The CyberOne can perceive six categories, 45 kinds of human emotions expressed in human semantics, and distinguish 85 kinds of environmental semantics. Those who were watching the online show of its demonstration will confirm that the robot was happy to be on the stage and get applauded. It can also communicate with people through built-in visual, sound perception, and display modules.

On the other hand, Lei Jun emphasized that the CyberOne can use Xiaomi’s self-developed 3D reconstruction algorithm to judge environmental conditions through Mi Sense visual space system. The latter can reach 1% of depth information accuracy within 8 meters. When walking, the robot can decide whether to stop, bypass obstacles, etc. 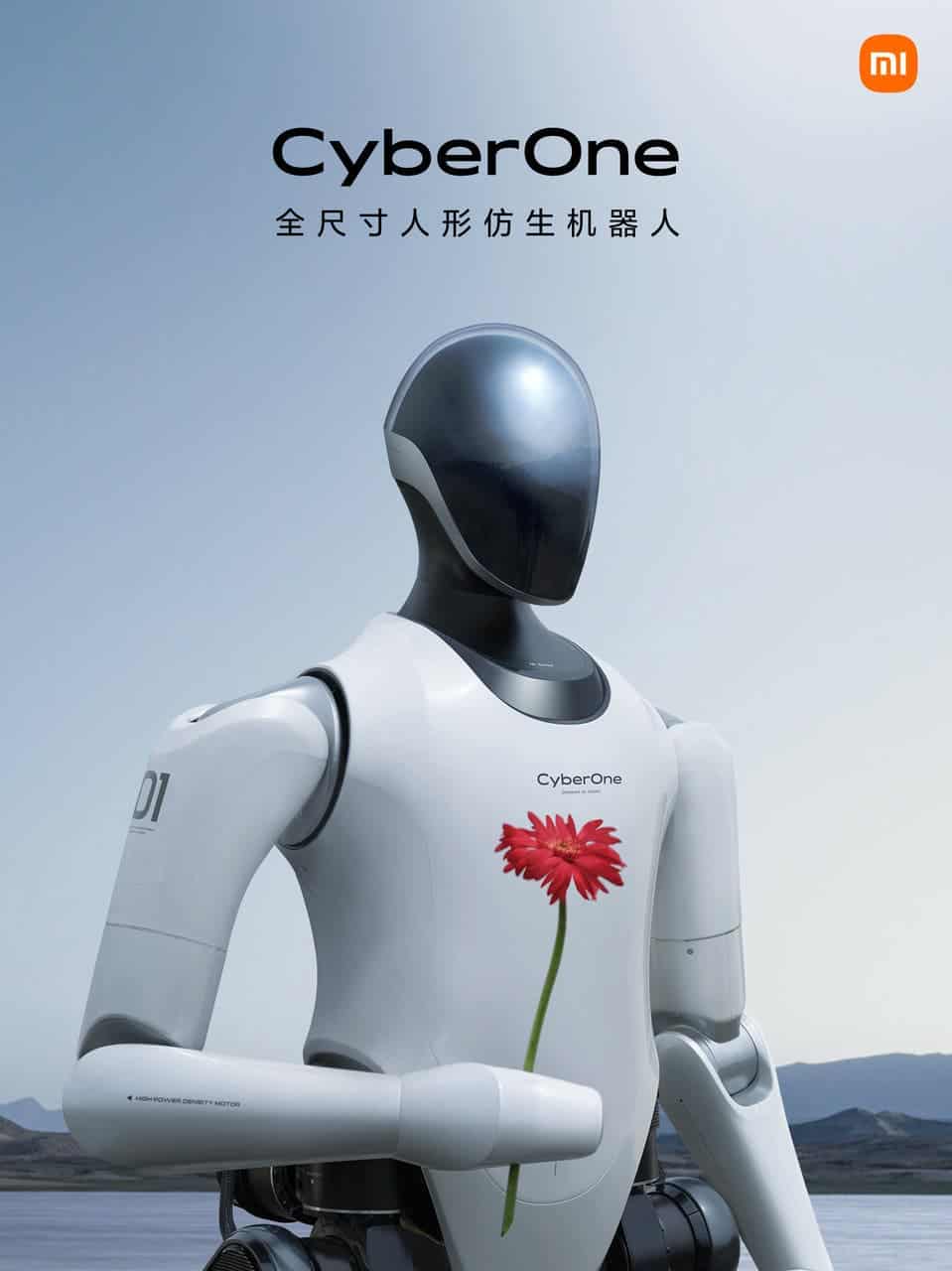 Lei Jun also said that there are many technologies behind the bionic robot. For instance, they use many technologies from autonomous vehicles. We mean the robots have to work with a huge amount of data that includes visual, audio, and other kinds of information. Thus, the future development model will be towards technology integration rather than focusing on technology development in a single field. 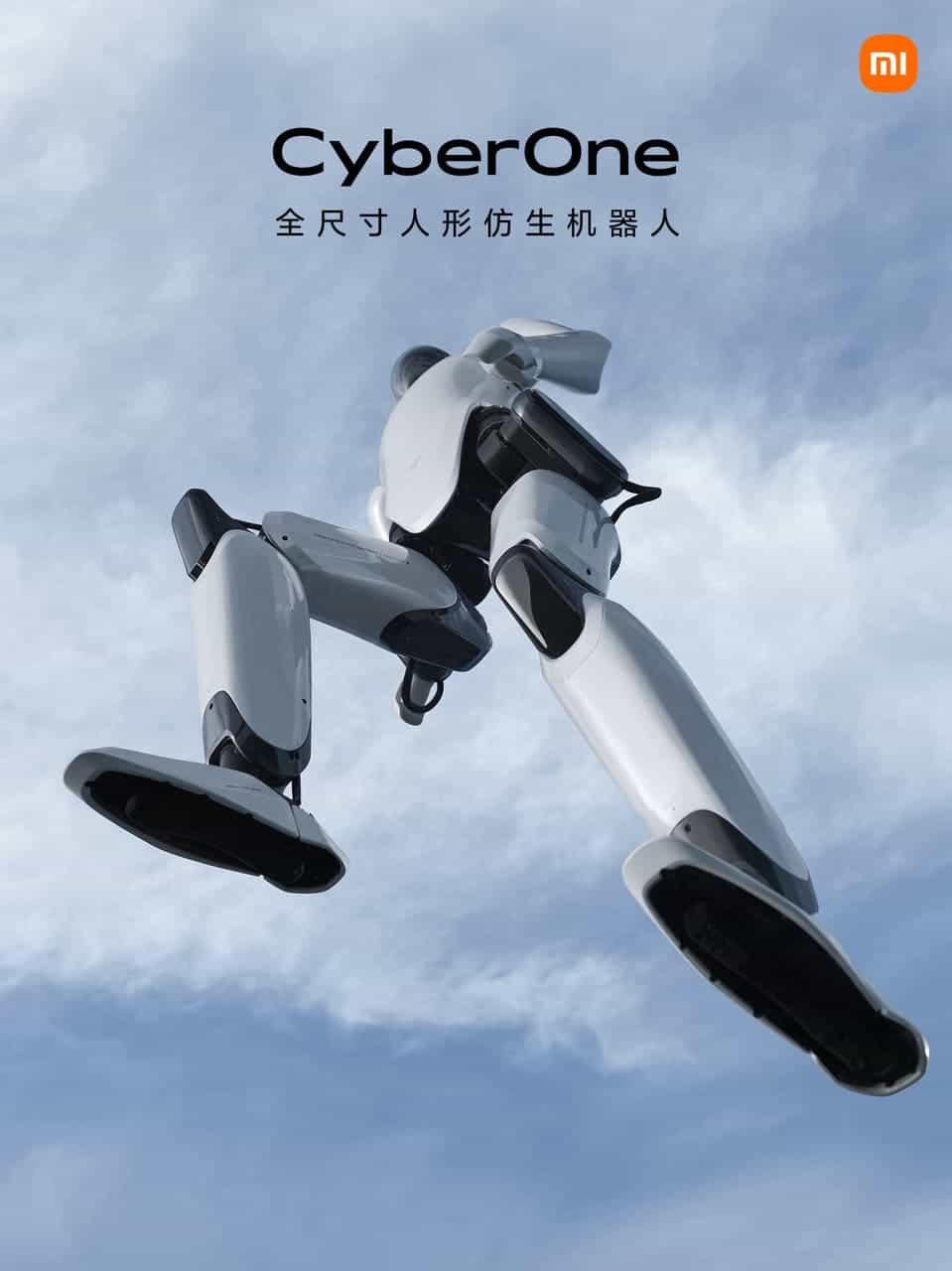 Next Apple expect to maintain strong iPhone sales despite the crisis