Recently, Elon Musk issued a statement that caused a stir on the net. He said that people will be able to download their brains capacities into their humanoid robot dubbed Optimus. The “bad” thing is that what Elon Musk says turns into reality. But after this statement, no one was thinking that Elon Musk and his company would be able to make the humanoid robot commercially available anytime soon. Today, Elon Musk said that they will start production as early as next year.

Tesla Optimus Is Coming Next Year

The Tesla Optimus is also known as the Tesla Bot. First, we heard about it at the company’s “AI Day” in August 2021. At the conference, Tesla said this is going to be a general-purpose machine. Thus, it can do a wide range of tasks.

“We have a shot of being in production for version one of Optimus hopefully next year,” Musk said recently. 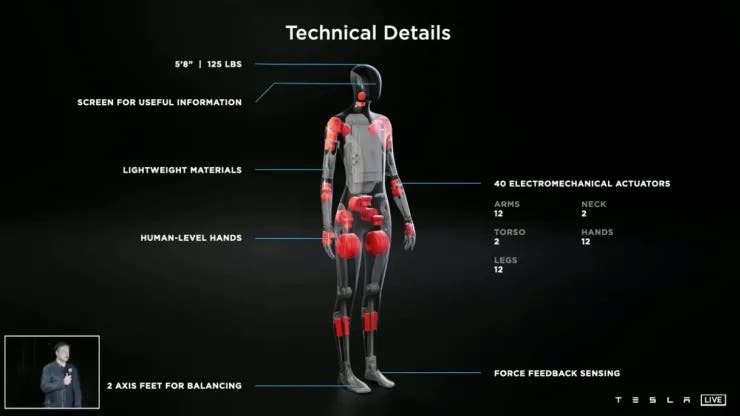 It’s a humanoid robot that will eventually be able to do anything that humans don’t want to do. AI researcher and entrepreneur Gary Marcus told CNBC that he can bet that there will be no robot that can do all human tasks by the end of 2023.

He even said that “Tesla has not even (after years of effort) come close to reliably solving one relatively simple task (driving); to claim that a robot that has never been shown publicly will solve all of human tasks in the next year or two is preposterous.”

“He can ship whatever he wants next year, since he is the boss, but there is no way that version one will come anywhere near his ambitions, if it is released that quickly.”

Marcus doubts there will be a humanoid robot by the end of 2023 and that sounds quite logical. We mean in 2019, Musk said Tesla will have 1 million autonomous “robotaxis” on the road in 2020. Have anyone seen a single robotaxi on the streets?

However, we shouldn’t take it as a regular robot that is going to assist us in certain scenarios. Elon Musk proves it will “transform the world … to a degree even greater” than the cars Tesla is renowned for. “It’s maybe hard to imagine it,” he said. 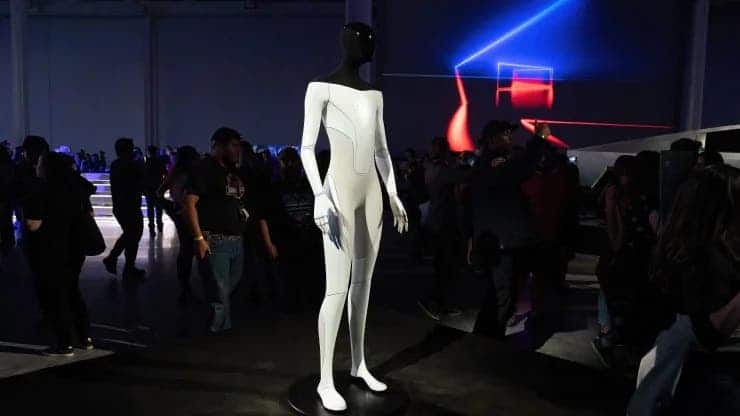 Obviously, this humanoid robot will use AI. In this sense, we have to recall Musk’s words said back in 2018 that AI is more dangerous than nuclear weapons. But at yesterday’s event, he said that “as you see Optimus develop, everyone’s going to make sure it’s safe. No Terminator stuff or that kind of thing.”

Initially, Tesla has been thinking to power the Optimus by the same chips and sensors that they use on their cars.

Next Do you want a Sony Xperia at the price of the Samsung Galaxy Z Fold 3?