Apple is gearing up to introduce the new iPhone 14 family to its customers. As per the reports, the Apple iPhone 14 series will land in September as usual, not quoting the most pessimist ones. However, the launch happen in late September. We already know what to expect from the new smartphones, including the new significant changes being made to the lineup’s structure. For instance, the Pro and Pro Max models will be more powerful and premium than the vanilla models. These models will bring the new Apple A16 processor, new 48 MP cameras, and an all-new design for the notch that ditches the borders and leaves just the drilled camera and sensors. Today, a new concept emerged and tries to depict the iPhone 14 Pro look running iOS 16.

Apple unleashed the iOS 16 beta during the WWDC 2022. The new operating system update brings a bunch of novelties, especially for the lock screen. The highly-anticipated Always On Display feature was not shown at WWDC. Apparently, this feature will be tied to the iPhone 14 Pro and Pro Max. Yes, Apple is limiting this useful feature to premium smartphones. Despite the fact that all OLED iPhones could easily benefit from this. Of course, this is just an assumption. Apple can still enable this for old models depending on the users’ demand. Anyway, a designer decided to create an iPhone 14 Pro Max concept that shows how iOS 16 will look on the premium smartphone. 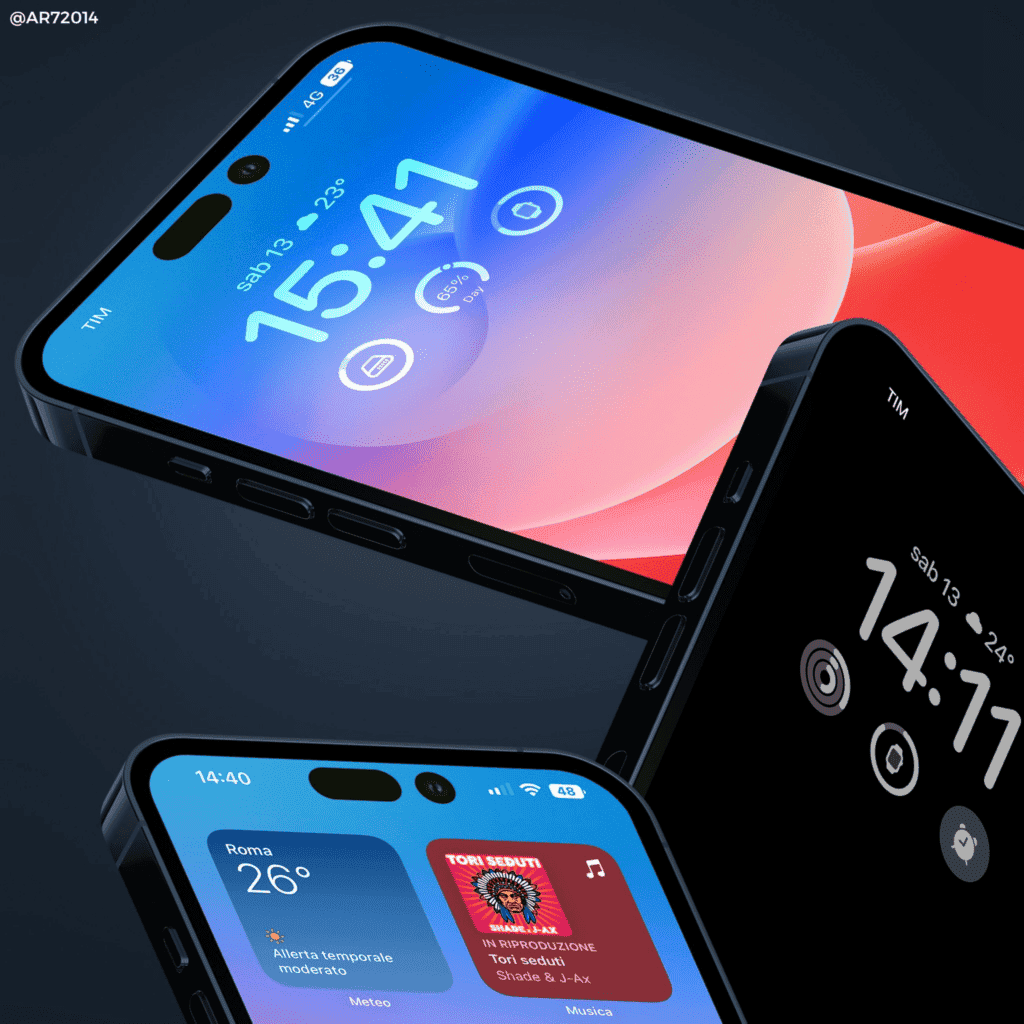 The design comes from Graphic Designer AR7 and gives a preview of Midnight iPhone 14 Pro – or Pro Max – will look with iOS 16. The designer takes into consideration the leaked designs. He rendered the iPhone with the new punch-hole pill design that ditches the Notch. Furthermore, he adds a new battery icon that arrived with the iOS 16 beta 5. Another addition is the full Lock Screen music preview, and Apple’s presumable take on the Always-On Display mode. 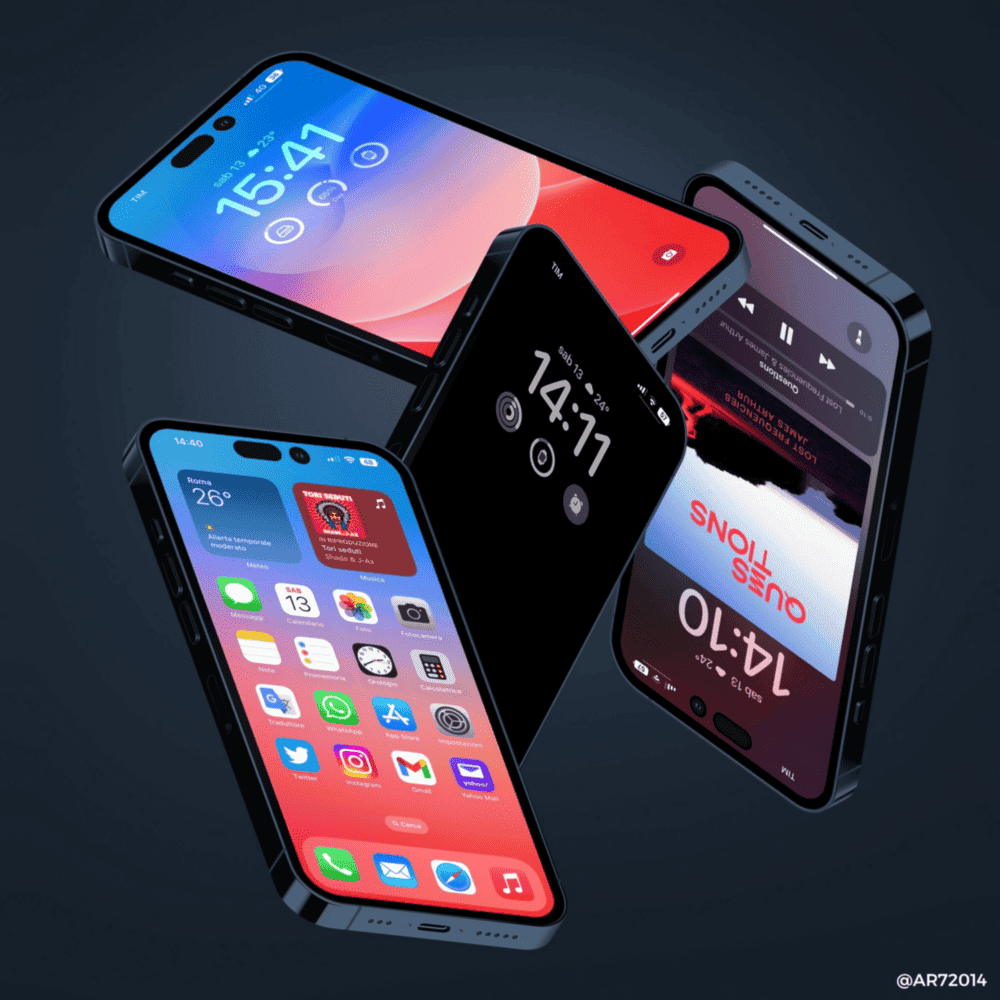 As per the reports, the iPhone 14 and 14 Max may not bring the Always On feature. However, this still needs confirmation. Similarly, if Apple decides to roll AOD to older models, it can reach only the iPhone 13 Pro series. The company may use the variable refresh rate as an excuse for the full functionality of AOD. After all, the 13 Pro displays have a refresh rate that ranges from 10 Hz to 120 Hz. The new iPhone 14 Pro models will be even more impressive with a dynamic refresh rate that ranges from 1 Hz to 120 Hz. The AOD will be really efficient on the new iPhone 14 series. After all, the mode will enlight just a few pixels on the display, and Apple can make it work at 1 Hz.

The iPhone 14 series will also mark the debut of iOS 16 in all its glory. Apple may roll out the full-fledged version shortly after the events. We expect the next few weeks to be quite hectic for Apple enthusiasts.

Apple is very confident in the sales of the upcoming iPhone 14 series. However, the suppliers are not expecting a huge demand due to the economical crisis.