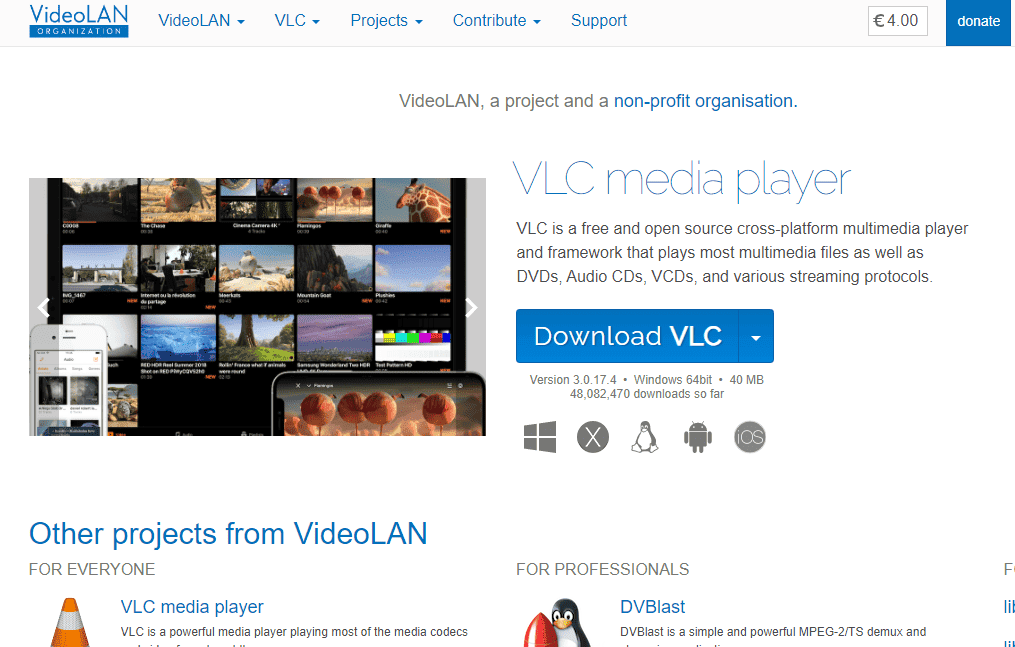 The official website of the VLC media player has been blocked in India. However, users can still download the mobile version from the Apple App Store and Google Play Store. For the desktop version, users need to download it from a third-party source. As you can see from the screenshots, when Indian netizens visit the VLC player network, it will show that “this website has been blocked as per order from Ministry of Electronics and Information Technology, under IT Act 2000″.

VLC media player was used to spread a malware

According to the report, the VLC media player was banned in India around five months ago. However, most users who have a VLC player installed have not noticed this change. In addition, multiple reports point out that a hacker group uses a VLC media player to spread malware. This may as well be the reason for the ban of this application in India.

The media player (English: VLC), originally named VideoLAN Client, is an open-source multimedia VideoLAN project. It supports many audio and video codecs and file formats, and supports DVD video discs, VCD video discs and various streaming protocols. It can also be used as a unicast or multicast streaming server under IPv4 or IPv6 high-speed network connection. VLC player is a worldwide popular player with over 3.5 billion downloads.