If the information coming our way from MacRumors is accurate, the next-gen iPhone will hit the stores as soon as September 7. However, the new models won’t get many major changes in comparison to the iPhone 13. So maybe it’s better to call it the iPhone 13S instead of the iPhone 14.

Like the iPhone 13, the iPhone 14 will also come with a notch screen. The screen size is 6.1 inches. And it will support Face ID. The phone will be available in purple, black, white, red, and blue colors. (Do you remember the days when Apple launched the white version after a lot of criticism?)

Inside, the phone will carry the same A15 chip of the iPhone 13 series as well as 6GB of memory, an integrated Snapdragon X65 5G baseband, and it will also support WiFi 6E.

However, there are some improvements as well. For instance, the iPhone 14 will carry an upgraded ultra-wide-angle camera, plus a slightly improved front camera. Now, it has an f/1.9 aperture and an autofocus function.

The starting price is $799. Thus, it remains the same.

Apart from the vanilla iPhone 14, the Cupertino- based company will also launch the iPhone 14 Max, Pro, and Pro Max. There will be no iPhone 14 mini. Among them, the iPhone 14 Max is identical to the standard version, but the screen that will be 6.7 inches. 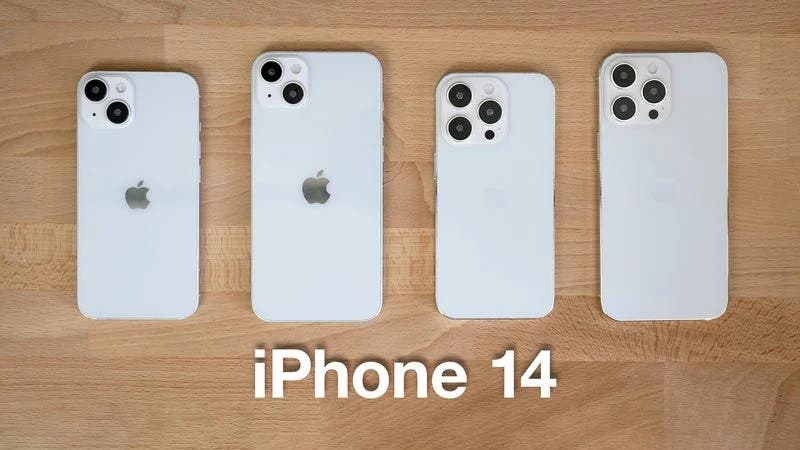 Among all the mentioned models, the Pro series handsets will get the most upgrades. They will come with a ProMotion screen with two openings on the panel like an exclamation mark. Also, the screen will support a minimum 1Hz refresh rate. The main camera will have an up to 48MP resolution. And under the hood, there will be the new A16 chip.

Read Also:  Apple Will Fix iPhone 14 Pro Camera and Other Bugs Next Week

Based on all these rumors, a graphic designer, AR7, shared renders of the Pro version. 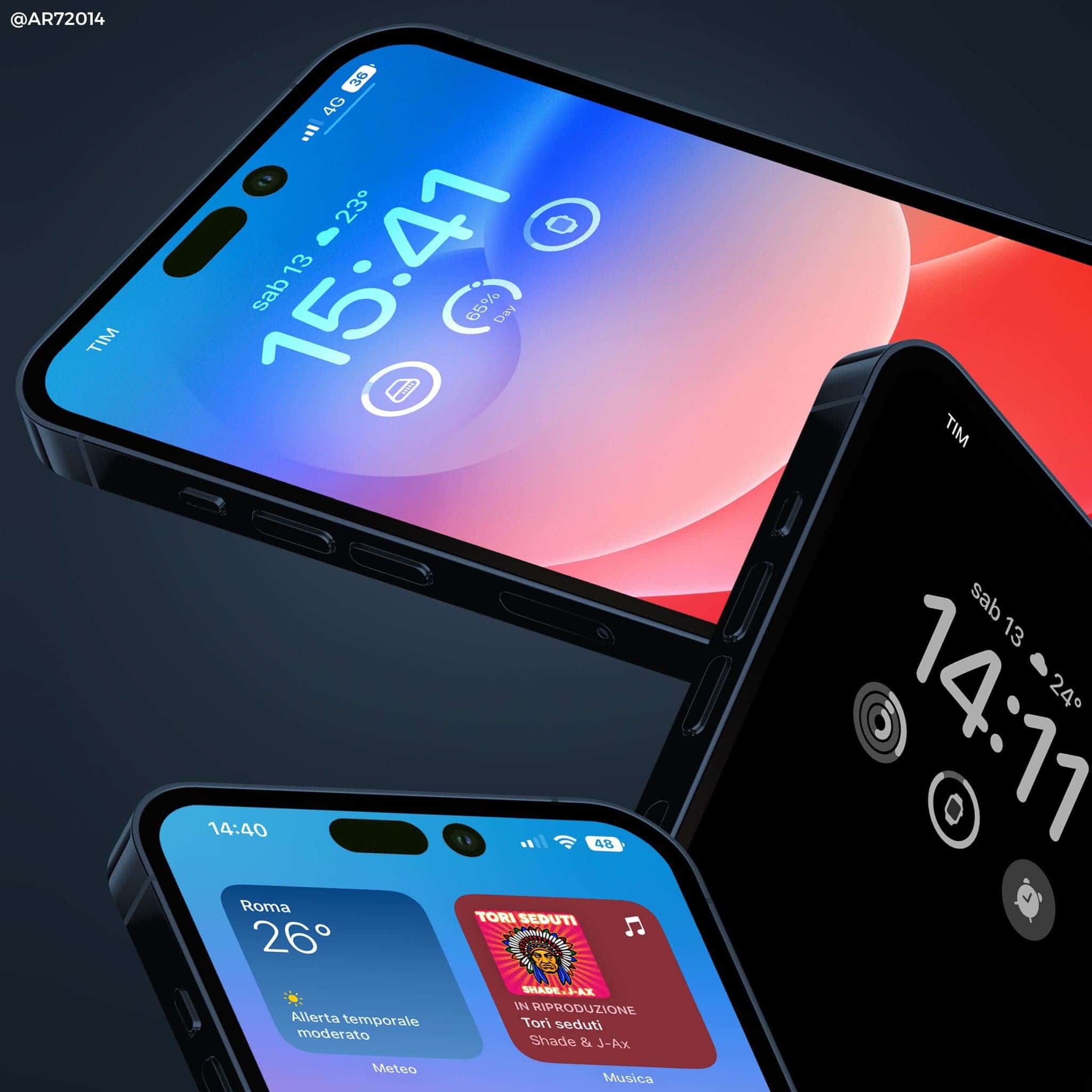 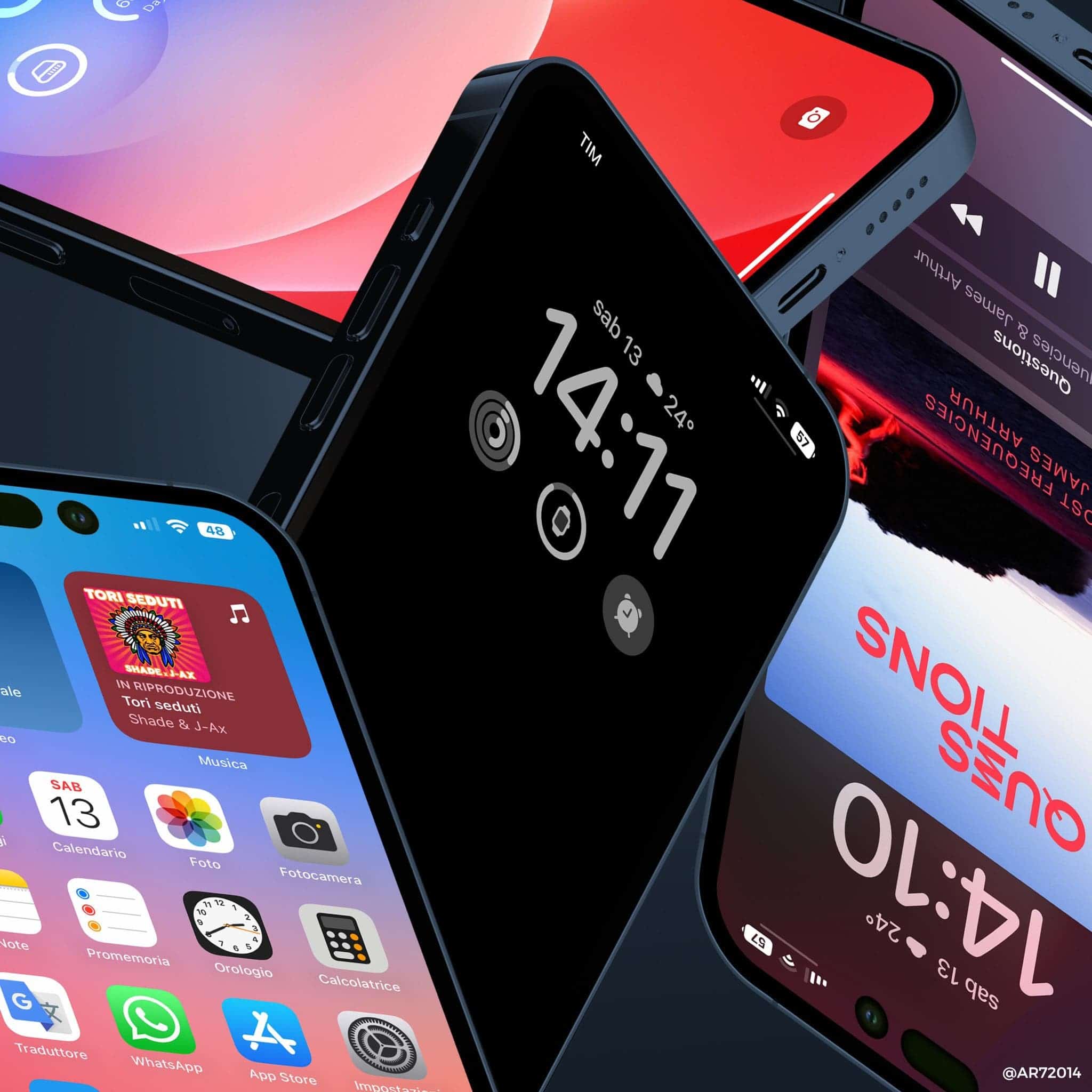 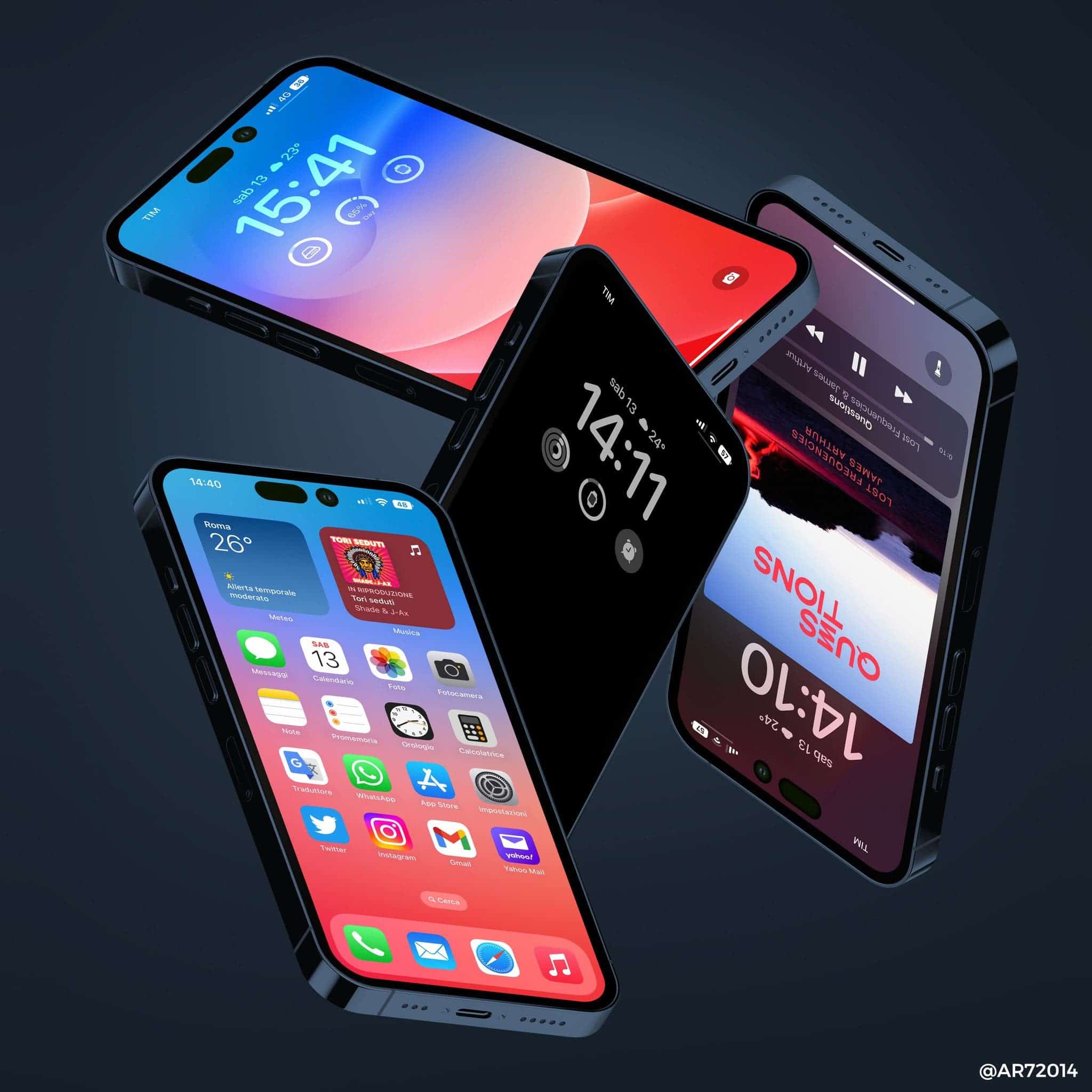 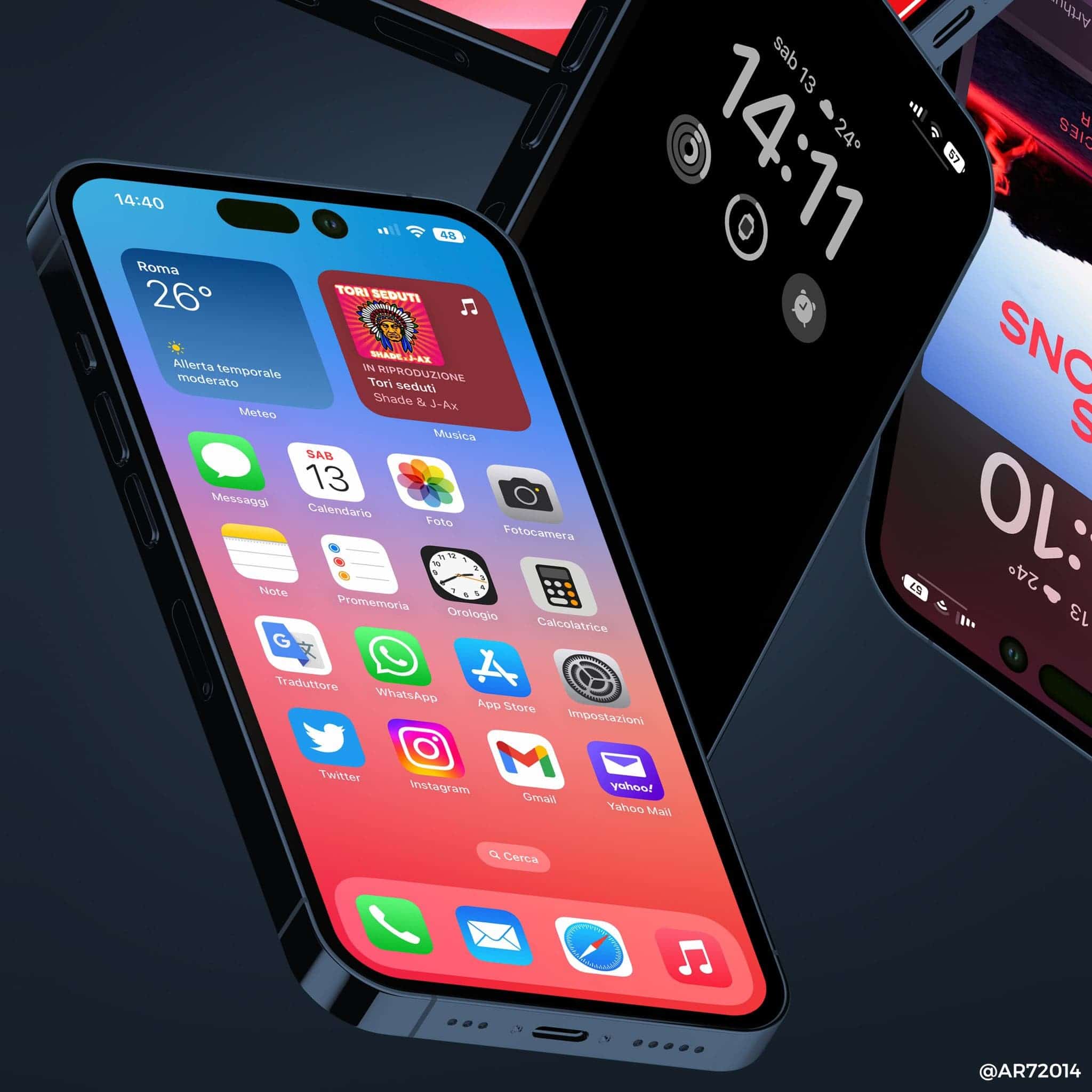