Apple is a multinational company that doesn’t play with its business. In fact, we can safely say that the company is very strict, maybe too strict in some cases. According to recent reports, Apple employees have to be very careful about their appearance on social media. For Apple employees, don’t be too hot on social media, because you may face the risk of being fired. This gets riskier if you have anything (good or bad) to say about Apple’s products. Apple is threatening to fire an employee who posted a popular TikTok video that included basic iPhone safety tips. According an employee named Paris Campbell, she was told that she violated company policy by posting Apple-related topics as an Apple employee. 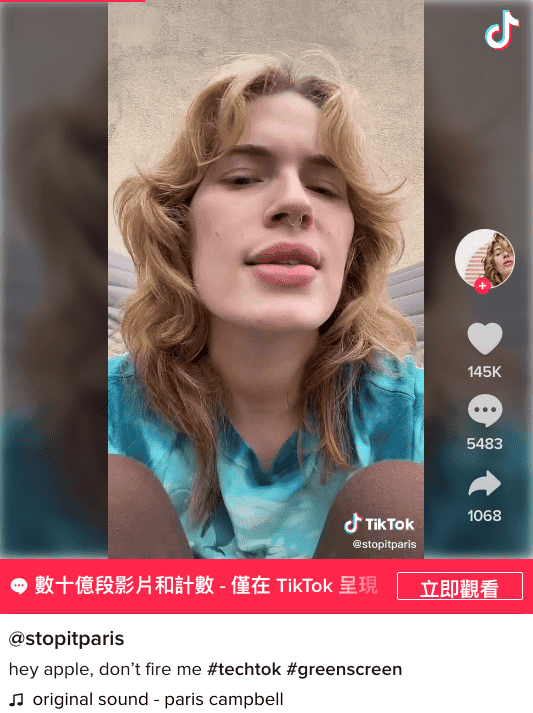 On Apple’s social media policy, the company warns employees not to post about customers, colleagues or confidential information. However, it does not explicitly and completely prohibit employees from posting their technical information. “We expect you to be who you are, but you should also show respect in your posts, tweets and other online communications,” an internal Apple document read.

Campbell, a single mother living in New York, has been with Apple for nearly 6 years. Most recently, she works as a repair technician at an Apple retail store. Last week, she responded to another TikTok user’s question. The user lost her iPhone at the Coachella music festival and received a threatening text message that her personal information would be sold on the black market unless she unbinds her Apple ID from the iPhone.

Paris Campbell was only trying to help

Campbell responded in the video at the time: “I can’t tell you exactly how I got this information, but I can tell you that for the past six years I’ve been certified hardware for a company that loves to talk about safety.” Then, she warned users not to listen to the blackmailers, “Your phone is really useless to them, you are the only one who can save them, and I suggest you don’t save them.” 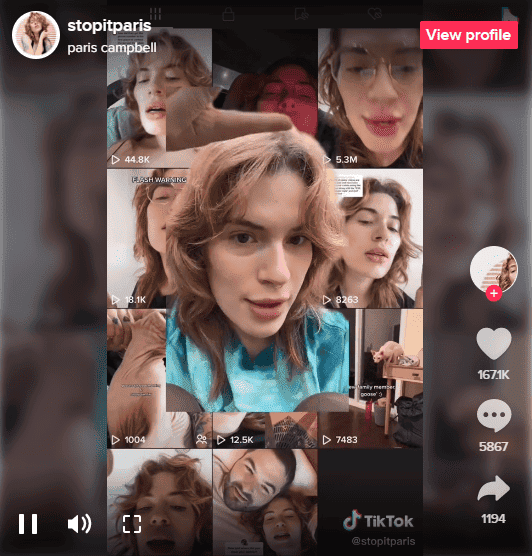 As a result, the video went viral, garnering 5 million views in about 24 hours. On Friday, Campbell received a call from a manager who was asked to delete the video or face disciplinary action “up to and including dismissal”. When she asked what would happen if she kept the video, she said the manager retracted the original comment, saying he would get back to her. But so far, there has been no official response from him.

Paris Campbell is quite popular on social media

Campbell has been a stand-up comedian since 2011 and has a massive following on social media, including 439,000 on TikTok. The popularity of the video may not have been enough to prevent her from being fired. Last year, Apple fired two high-profile activists for allegedly sharing confidential information. But Campbell claims there is nothing in her video that had not been made public.

“I found Apple’s response to be in stark contrast to how we portray our company,” she said in an interview. “We tell people to think differently, to innovate, to come up with creative solutions. I’m not just for working for Apple. That’s all I know about Apple. I know this because of my long technical education and history. That’s why they hired me.”

As of now, there is no official comment from Apple regarding this issue.

Paris Campbell has a whole lot to say

Since the incident, it appears that the Apple employee has a whole lot to say. In a recent video, she has this to say

“If you ask me, reinforcing the public’s confidence in Apple’s security is not something that makes the company look bad,” she says in the video. “Especially when it reaches 5 million people in less than 24 hours. If we want to get technical, I’ve never identified myself as an Apple employee until this video. I’ve made tongue-in-cheek references, which made people wonder if I work for Blackberry, if I work for Apple, If I work for some third-party company altogether. But no, I work for Apple and I would very much like to stay working for Apple.”

The Apple employee says her work at Apple has been “stellar”

“If I’m going to get fired anyway and I have your attention, I may as well try to use it to my advantage,” she says. “Apple, you didn’t hire me to make TikTok videos, but apparently I’m really good at it…”

“I admired the company for years before I even started working for them,” she said. “I was kind of your classic Apple fan-girl teenager. As a kid, I would take apart the devices to look at how they work. My initial tech knowledge was all very self-taught and all very motivated by Apple’s culture.”

“This is me going over my manager’s head, doing the thing that probably will cost me my job,” she says. “But there was a time when Apple used to respect when people did things that were really wacky and out-of-the-box.”