Relative to smartphones, there are not many tablet manufacturers in the industry. The reason for this is not far-fetched, the tablet market is not as lucrative as the smartphone market. However, during the pandemic, there was a temporary surge and high demand for tablets. Nevertheless, as the effects of the pandemic withers away and people return to their normal businesses, the demand is also reducing. There is already an official announcement that the Google Pixel Tab will be official in 2023. This tablet will come with Google Tensor chips like smartphones and more information about this tablet is hitting the web. 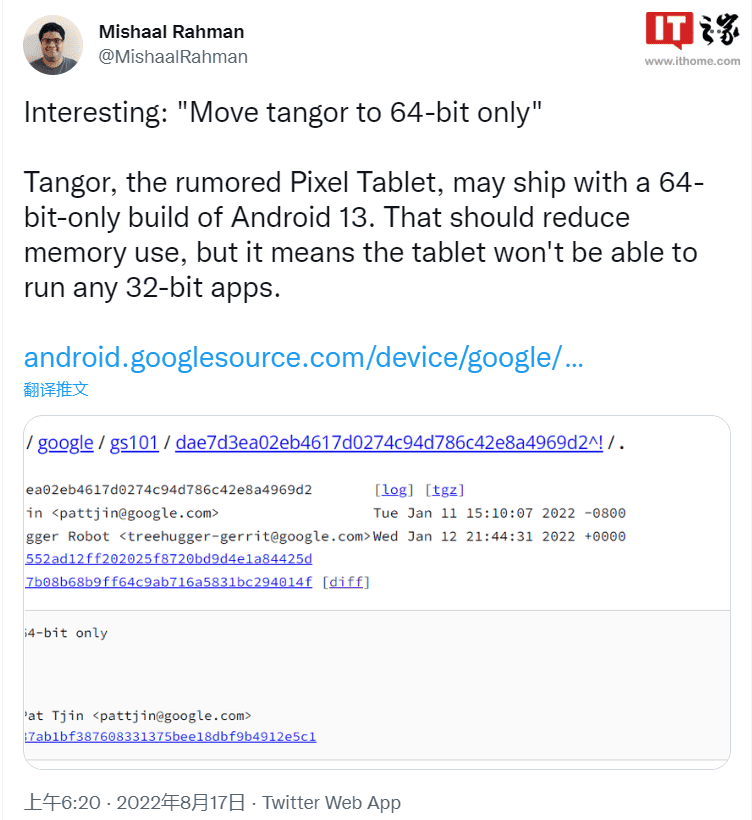 Google Pixel Tab may not run some important apps

According to information found by a reliable tech blogger, Mishaal Rahman, Google said in the submission that it “moved tangor to 64-bit only”, and tangor is the code name of the Google Pixel tab. This means that the Google Pixel tab may aggressively only support 64-bit. The Android ecosystem is currently on the way to 64-bit migration. Although Google, Xiaomi, OPPO, Vivo, etc. have mandated that apps on the store must have 64-bit versions, there are still huge apps with only 32-bit versions.

If the Google Pixel tab only supports 64-bit systems, it will encounter many situations where old software cannot be used. The tablet is confirmed to be equipped with a Tensor chip, and Tensor is still a 32-bit chip. In addition, the Pixel tablet will support a special dock called “Google Dock” through several contacts on the back. The Google Dock will even replace the Nest Hub smart display.

In terms of image configuration, there are reports that this device will support two Sony IMX355 sensors. On the front, this device will have an 8MP sensor. This means that the Pixel tablet may not take the high-end route and will lack functions such as 4K recording and slow motion.