More people spent their TV time watching a streaming service such as Netflix or Disney+ than cable or fiber TV last month, a first, according to a Nielsen report.

In July 2022, streaming platforms, dominated by Netflix, overtook cable networks for the first time to claim the largest share of U.S. TV viewership for the month, according to new data from Nielsen. It was only a matter of time before that milestone was reached. As the use of streaming has been steadily growing while traditional television has been declining for several years now.

Netflix, Disney+: streaming platforms are more popular than TV for the first time in the US 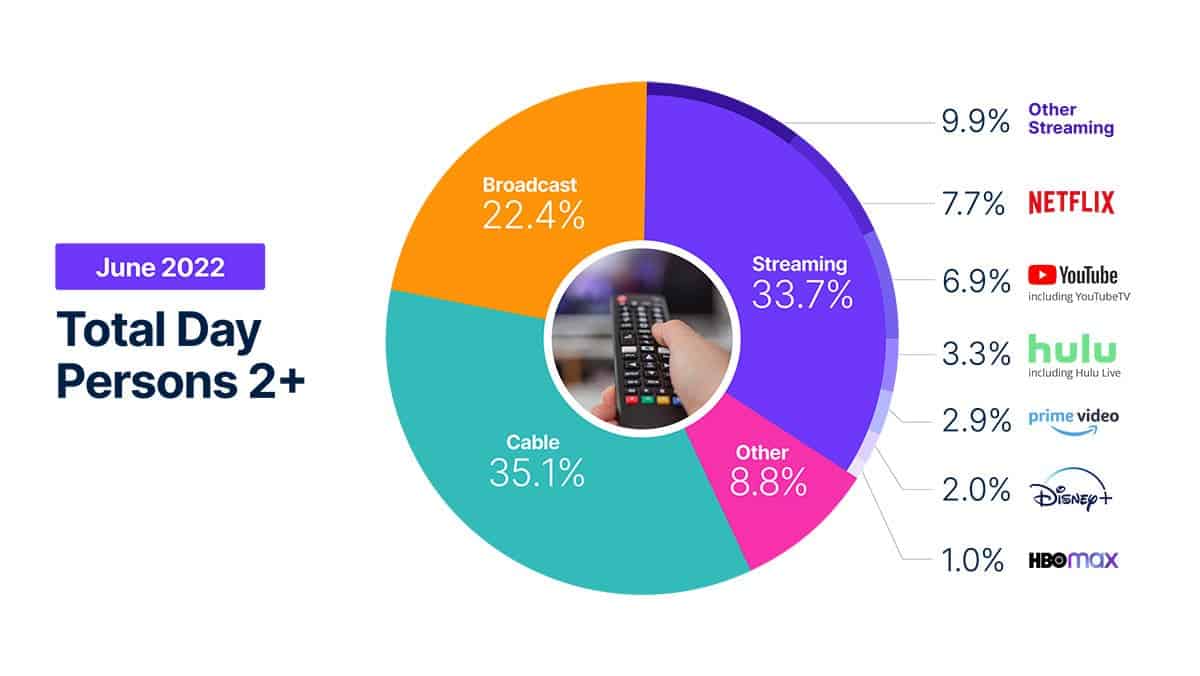 Despite the loss of subscribers at the start of the year, Netflix still took the lead among other streaming platforms, with a total of 7.7% of views in July. This partial success is mainly due to the release of the long-awaited fourth season of Stranger Things, which totaled 18 billion minutes of viewing during this month. This season was strategically divided into two parts over more than two months. To allow for maximum subscription success, and Netflix obviously calculated its move well.

The broadcaster has had other strong showings with new movies on Netflix. Like The Gray Man and the latest season of Better Call Saul. YouTube, Hulu and Amazon Prime also set records, totaling 7.3%, 3.6% and 3% of the streaming audience respectively last month.

It is important to note that Nielsen only tracks viewing data on televisions. Data does not include viewers consuming content through portable devices such as smartphones, tablets or computers. Taking them into account, one would likely find that streaming services account for the overwhelming majority of the time audiences spend on entertainment.

Next Toyota electric vehicles are coming - see the company's resolve