New details about the Pixel 7 and 7 Pro smartphones have appeared on the Web, which, as Google announced at the Google I / O developer conference, will be presented in October this year along with Android 13 OS. Canadian video blogger Lewis Hilsenteger demonstrated on the YouTube channel Unbox Therapy prototypes of new products, giving a complete picture of what the new devices will look like. 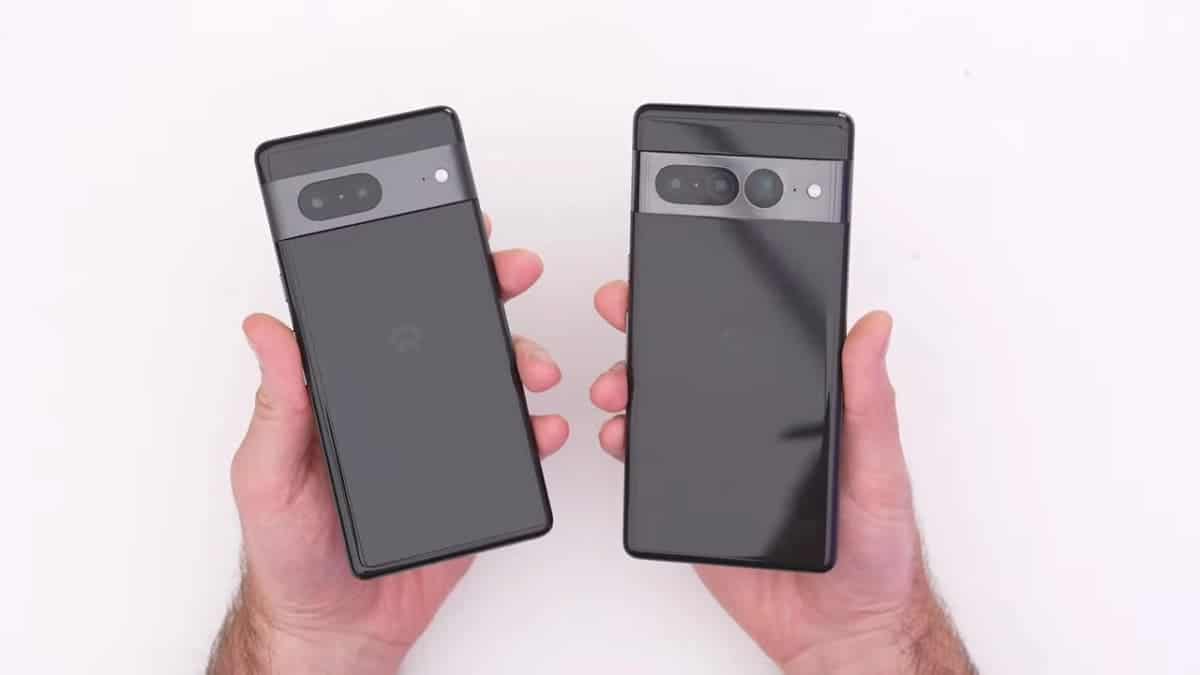 The blogger also noted that the Pixel 7 Pro’s body is less beveled than its predecessor. And that its camera panel and body have a polished finish. While the Pixel 7’s body appears to be of anodized aluminum.

Google previously revealed that both models will be built on the next-generation Google Tensor processor. According to South Korean media, these chips will be by Samsung using a 4nm process technology and PLP (panel-level packaging).

Recently, Google unexpectedly released the final version of the Android 13 OS, which became available for Pixel smartphones. And, it seems, the owners of such devices should install it now.

It turned out that in Android 13, the search giant fixed a huge number of bugs that existed in Pixel smartphones. More specifically, the list includes 151 issues that Google has fixed in the update.

In particular, the Pixel 6 and 6 Pro have a much better in-display fingerprint scanner. The slowness of which many have complained about. They also fixed an issue with double-tapping to wake up the screen, Always-On Display, auto-brightness, auto-rotate the screen, and more. Users of the new Pixels say that smartphones have simply become faster and more stable.

As a reminder, Android 13 is available for Google models starting with the Pixel 4 line.

Next How Long Are You Ready To Wait For Apple Mac Studio To Ship?