The intense manufacturing globally may be making life easier and perhaps better. However, we can not completely ignore the strong toll that this is having on the environment. Most of the natural resources that are necessary for these processes are depleting. Furthermore, there is environmental degradation as well as other environmental issues that this process causes. Some environmentalists have been fighting against the indiscriminate exhumation of natural resources. In recent times, there have been advocates by some environmentalists for the shutdown of nuclear power plants. However, according to Tesla’s CEO, Elon Musk, the shutdown of nuclear power plants is “anti-human”, and the move is “crazy” for national security.

“Countries should increase nuclear power generation! From a national security perspective, shutting down nuclear power is insane and bad for the environment,” Musk tweeted.

Some Twitter users agree with him. “Nuclear energy is clean, efficient and, if accepted, could completely replace fossil fuels. But so-called environmentalists don’t. It’s an act against humanity.”

Of course, Elon Musk companies makes use of a lot of resources that these environmentalists wants the government to stop.

The U.S. is shutting permanently shutting down some of its power plants

A report to the US Congress last year showed that the US has permanently shut down 12 nuclear reactors since 2012. According to the International Atomic Energy Agency, 203 reactors have been shut down, generating a total of 98,000 megawatts. But aside from warning of population collapse, which he sees as a bigger threat to humanity than global warming, Musk has been a firm proponent of nuclear power as a renewable energy source. This is even important in the face of skyrocketing oil and gas prices following the Russia – Ukraine conflict.

He adds: “If there is no large-scale natural disaster risk, as in Germany, then nuclear power plants are really not at risk.”

On August 9, the International Nuclear Engineering Conference held. The theme for this conference was “Nuclear Energy Innovation for a Carbon Neutral Future”. The conference was jointly opened in Beijing and Shenzhen under the auspisis of the Chinese Nuclear Society. Tang Bo, deputy director of the National Nuclear Safety Administration and director of the Nuclear Power Safety Supervision Department, revealed at the opening ceremony that by the end of June 2022, China had 54 nuclear power units in operation. These nuclear power units has a total installed capacity of 55.78 million kilowatts, ranking third in the world. Furthermore, there are 23 more nuclear power units which have approval and are in construction. With these, China retains its top position in the world in terms of nuclear power expansion. However, considering the overall number of nuclear power units in operation and under construction, China is second in the world. 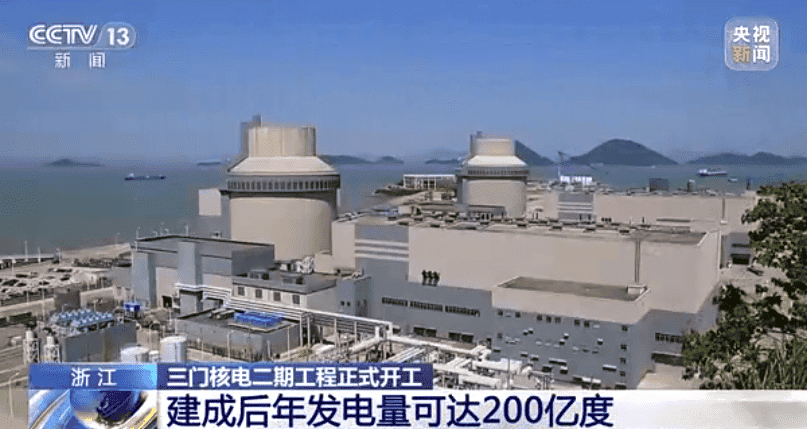 Next Chinese tech giants are experiencing the weakest growth in history