NASA originally planned to perform “Artemis 1” at 8:33 EST on August 29th (20:33 pm Beijing time on August 29th). The mission is to test-fire the Space Launch System (SLS) launch vehicle, the first step in returning to the moon. However, according to the latest report from the Associated Press, the countdown to the launch of the Space Launch System was interrupted due to a fuel leak. On August 29, the U.S. moon landing rocket “Artemis 1” announced that the launch was delayed, and the launch window for today has been missed. 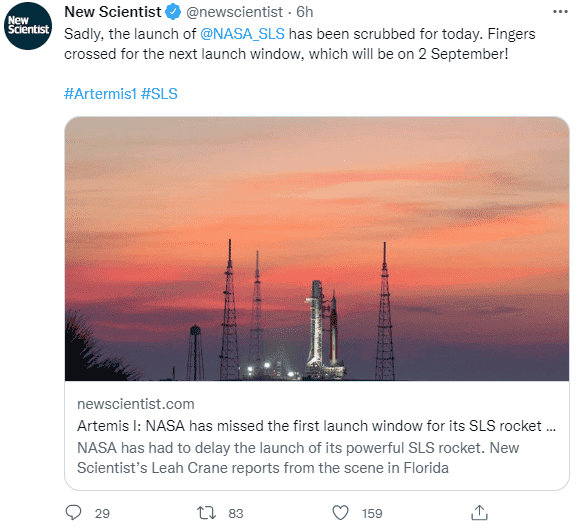 According to reports, the location of the fuel leak is the same as the one that occurred during the previous spring rehearsal. The launch controllers stopped the fuel supply operation, which was delayed by an hour due to thunderstorms at sea. NASA said the leak was at an acceptable level and it had resumed rapid refill operations. In the end, the engineers were not able to solve the problem in time. The next launch window opens on September 2 and another on September 5. NASA must fix the spacecraft’s internal engine problems or the launch could continue to delay.

The 98-meter rocket is NASA’s most powerful rocket ever, surpassing even the Saturn V that carried astronauts to the moon half a century ago. The test flight, if successful, will send a crew module into lunar orbit for the first time in 50 years. This is the first flight of NASA’s 21st-century lunar exploration program, named after the twin sisters in Apollo mythology, Artemis. The Artemis flight has been overdue for many years. There have been consistent delays resulting in billions in budget overruns. 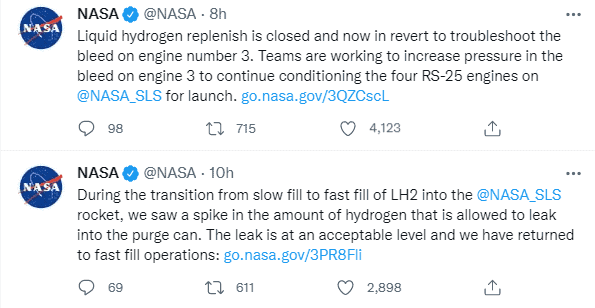 Assuming the tests go well, the second flight will carry astronauts, orbiting the moon and returning as soon as 2024. By the end of 2025, astronauts will be able to land on the moon. NASA’s goal is to land on the moon’s south pole. During the Apollo program, from 1969 to 1972, 12 astronauts landed on the moon for no more than a few days. NASA hopes to build a lunar base with the Artemis mission, where astronauts take turns entering and leaving for weeks at a time. The next target will be Mars, possibly in the late 2030s or early 2040s.

A springboard to explore Mars

“We’re going,” was the slogan NASA used as it prepared for the maiden flight of its new lunar rocket. The phrase was repeated by NASA officials and became the hashtag in social media posts, written on a banner hanging around the Kennedy Space Center launch site in Florida. But the United States has already landed on the moon 50 years ago, so why go now? Especially considering that American astronauts won’t actually be on the moon for a few years. By then, NASA’s costs could reach about $100 billion.

NASA officials argue that lunar missions are at the heart of their human spaceflight program. This is not just a replica of the Apollo lunar missions from 1969 to 1972, but also about future landings on distant planets such as Mars.

“In the future, NASA will land the first woman and the first person of colour on the moon,” NASA Administrator Bill Nelson said at a news conference this month. Live and work in the air, and develop the science and technology that will send the first humans to Mars.”

Furthermore, scientists believe that the moon is the best place to study the solar system. This position is already different from that of the US government in 2010. At the time, the then-President of the United States delivered a speech at the launch site of U.S. lunar missions, saying that NASA should look beyond the moon to more ambitious destinations such as asteroids and Mars. “We’ve been to the moon before.” 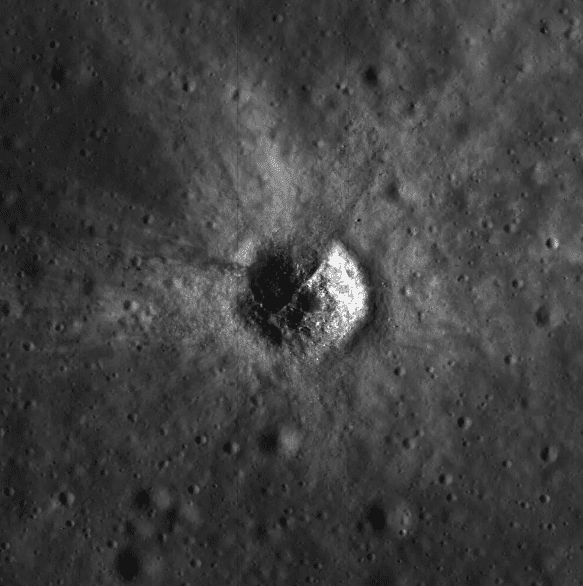 NASA will use the lunar mission as a testing ground for longer journeys to Mars. It will also use the mission to explore a permanent base on the moon.

Now, it’s not just the United States that wants to go to the moon. In recent years, China has successfully achieved three robotic lunar missions. A nonprofit in India and Israel also launched landers in 2019, though both crashed. South Korea’s first lunar orbiter is on its way to the moon. NASA Administrator Nelson said China is expanding space ambitions, including a lunar base in the 2030s, which also powered the Artemis program.

For scientists, NASA’s renewed focus on the moon heralds a flood of new data in the coming years. During the Apollo missions to the moon, astronauts collected rocks that turned planetary scientists’ understanding of the solar system upside down. Radioisotope analysis provides precise dating of various regions of the lunar surface. The rocks also reveal the moon’s surprising origin story. The moon appears to have formed from debris that was ejected into space when a Mars-sized object slammed into Earth 4.5 billion years ago.

Although NASA’s attention has shifted beyond the moon over the years, the scientific interest sparked by the moon has never completely disappeared. In fact, its desolate nature means that the rock hardened billions of years ago remains nearly pristine. 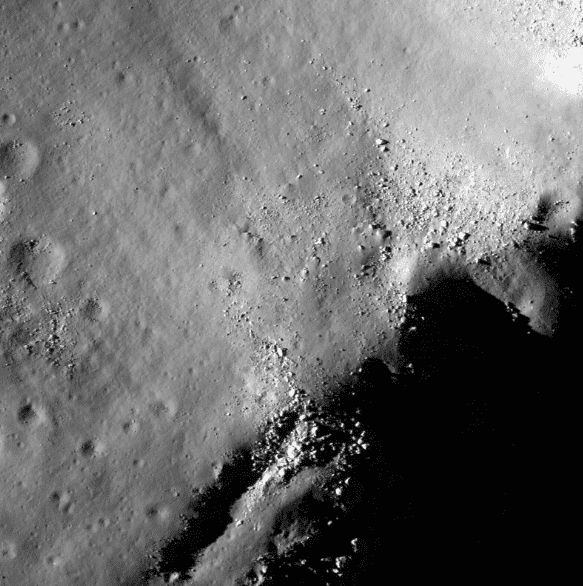 “As scientists, we know that the moon is in a sense a Rosetta Stone (a reliable clue to study ancient Egyptian hieroglyphs),” said David A. Kring. “It is the best place in the solar system to study the origin and evolution of solar system planets.”

What’s more, scientists also found that the moon is not as dry as they thought. Frozen water is a precious resource at the bottom of the permanently dark craters at the moon’s poles. It could provide drinking water for future astronauts visiting the moon. Furthermore, it may be possible to break the water into hydrogen and oxygen. The growing understanding of ice has rekindled interest in the Moon. In the early 2000s, Anthony Colaprete, a planetary scientist at NASA’s Ames Research Center, said that his thinking about the moon was “flickering.” “One of our main goals is to understand the origin and form of water on the Moon,” said Dr Colaprete.