In terms of configuration, the Samsung Galaxy S23 and Galaxy S23+ will use the same screen. Furthermore, these smartphones also come with the same camera as the previous generation. Under the hood, reports so far claim that the battery will be the same as the previous generation. This means that the Samsung Galaxy S23 and Galaxy S23+ almost have no change, the only upgrade is probably the processor. This flagship series will come with the new Qualcomm Snapdragon 8 Gen 2.

According to GalaxyClub’s report on June 28, the Samsung Galaxy S23/S23+ will use the same telephoto camera as the Galaxy S22/S22+. This is consistent with the latest revelation regarding this series. The Galaxy S22 / S22+ Chinese versions were released on February 22 this year, starting at 4,999 yuan. Both models are powered by Qualcomm Snapdragon 8 Gen 1 processor and use ultrasonic fingerprint recognition. In the camera department, these smartphones come with a front-facing 10-megapixel selfie camera. Furthermore, these devices come with a triple rear camera setup including a 12-megapixel ultra-wide-angle camera, a 50-megapixel wide-angle camera, and a 10-megapixel telephoto camera.

In addition, according to the blogger’s revelation, the Samsung Galaxy S23 Ultra will use the yet-to-be-released 200-megapixel sensor ISOCELL HP2. This sensor has a better overall performance than the two 200-megapixel sensors HP1 and HP3. However, the two sensors, HP1 and HP3, have not yet been released in real smartphones. The first 200-megapixel flagship Motorola X30 Pro equipped with HP1 will be released in the near future. Nevertheless, the biggest change in the Samsung Galaxy S23 Ultra in terms of design is the middle frame. This new flagship comes with a wider middle frame and this reduces the curve on the screen, closer to the micro-curved screen.

Samsung Galaxy S23 Ultra will still use a 5000 mAh battery 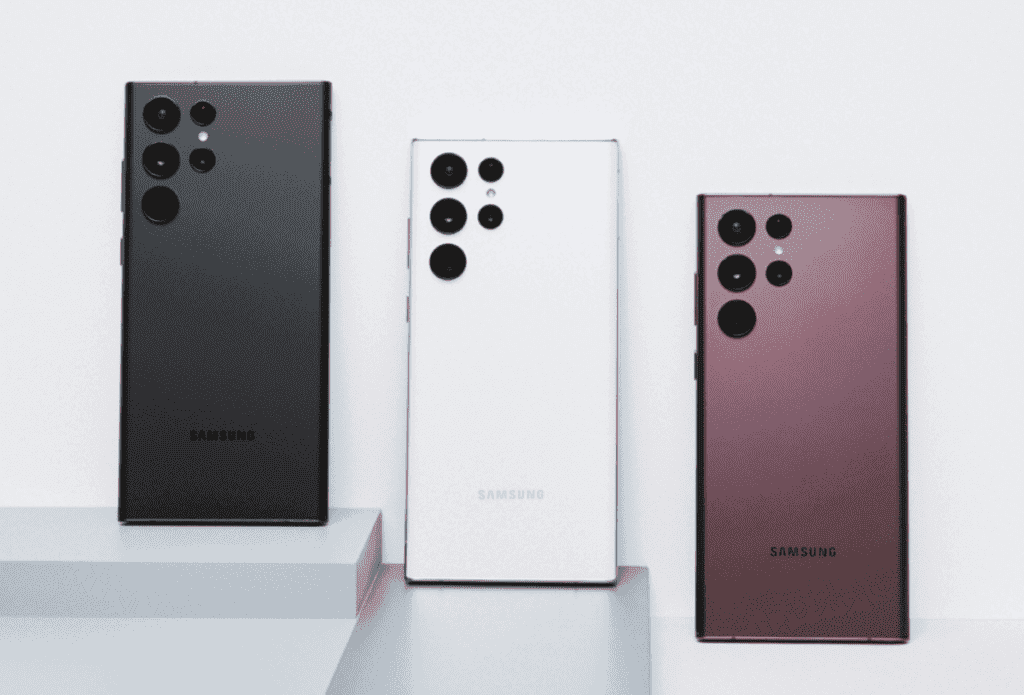 Samsung Galaxy S23 Ultra to use the new 200MP camera

Earlier this month, Samsung said that it has no plans to re-launch the Galaxy Note series. However, the company will not abandon the spirit of the Note series. Samsung now incorporates the spirit of the Galaxy Note series into the Galaxy S Ultra models every year. According to speculations regarding the Galaxy S23 Ultra, this device will come with a new camera sensor. Samsung released the world’s first 200-megapixel mobile image sensor ISOCELL HP1 in 2021. An image sensor is a semiconductor chip that converts the light signal entering the camera lens into a digital signal. At present, Samsung has two 200-megapixel sensors, the Samsung HP1 and HP3. Popular tech blogger @iceuniverse previously reveals that the Samsung Galaxy S23 Ultra will not use the Samsung HP3 sensor.

Thus, all we know for now is that the Galaxy S23 Ultra will use a 200-megapixel main camera. However, the exact sensor that it will use will most likely be the Samsung HP1 sensor. Recall that Motorola’s upcoming flagship smartphone will also use the 200-megapixel Samsung HP1 sensor. This will be the first time that the Samsung Galaxy S Ultra series uses a 200-megapixel main camera. At the same time, this means that the image strength of the Galaxy S23 Ultra will significantly improve.

Back in May, Businesskorea revealed that Samsung Electronics is developing a 200-megapixel mobile phone camera. According to the report, this series will be first installed on the next-generation Samsung Galaxy S23 series mobile phones. Experts predict that Samsung’s competition with Apple over smartphone cameras will heat up. In the second half of 2022, Apple will officially release the iPhone 14 series. For the first time, an iPhone will come with a 48MP camera. This will be the first time that Apple is increasing its smartphone camera pixel in seven years. In addition, Ming-Chi Kuo said on July 9 that the Samsung Galaxy S23 series will only be powered by the Qualcomm Snapdragon 8 Gen 2 processor. This means that we will not have an Exynos version of the Galaxy S23 series.

Next Hackers Broke Into System Of The World's Largest Password Manager