At the launch event of the flagship Xiaomi 12S in China, the company also unveiled other products. One of the products that were launched on the same stage is the Xiaomi Band 7 Pro. This wearable is the first Pro model of the Xiaomi Band series. Nearly two months after its release in the Chinese market, the product is about to arrive the international market. According to leakster, Kacper Skrzypek, the Band 7 Pro (an international brand) has been approved for launch in Europe. The report reveals that this device has passed all the necessary certifications and may debut in the near future. 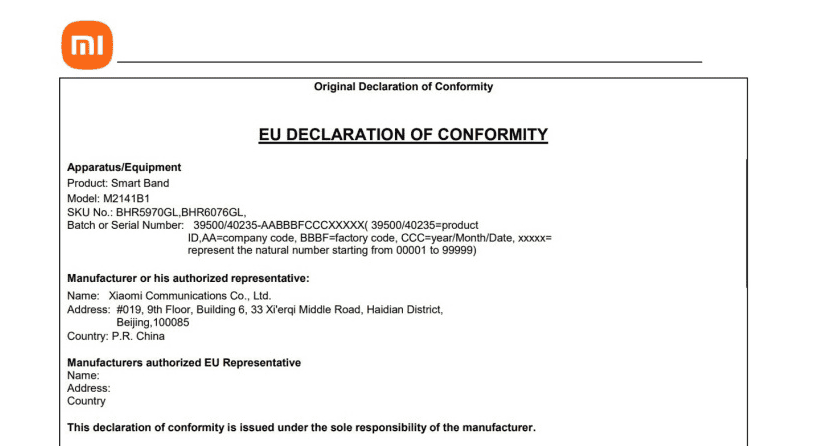 The Xiaomi Band 7 Pro Europe variant has model number M2141B1. At the moment, it is unclear whether this version will bring changes to its specifications. Xiaomi has been selling the Band 6 NFC in Europe since late last year. This version of the fitness tracker supports contactless payments and the Amazon Alexa voice assistant. Since the Band 7 Pro standard version supports NFC and voice control in China, it is likely that the global version will retain these features.

The Chinese version of this device uses a large square screen (1.64 inches) for the first time. This device has a screen ratio of 70%, supports AOD screen display, and also comes with a colourful wristband. It adopts a quick-release buckle design and supports smart dimming.