ZTE responded by releasing a new video making fun of the iPhone 14 Pro’s innovation. ZTE said there are “no islands, cuts, holes, or notches” on the full-screen of the Axon40 Ultra smartphone. It features a large screen with a thin bezel that is free of any cutouts.

Recall that ZTE launched the Axon40 Ultra, a full-screen smartphone, in May of this year. It got a Snapdragon 8 Gen 1 SoC architecture and a 6.8-inch hyperbolic OLED screen with a resolution of 2480 x 1116 pixels. Three 64MP image sensors make up the camera. The smartphone supports 80W rapid charging and features a 5000mAh battery. 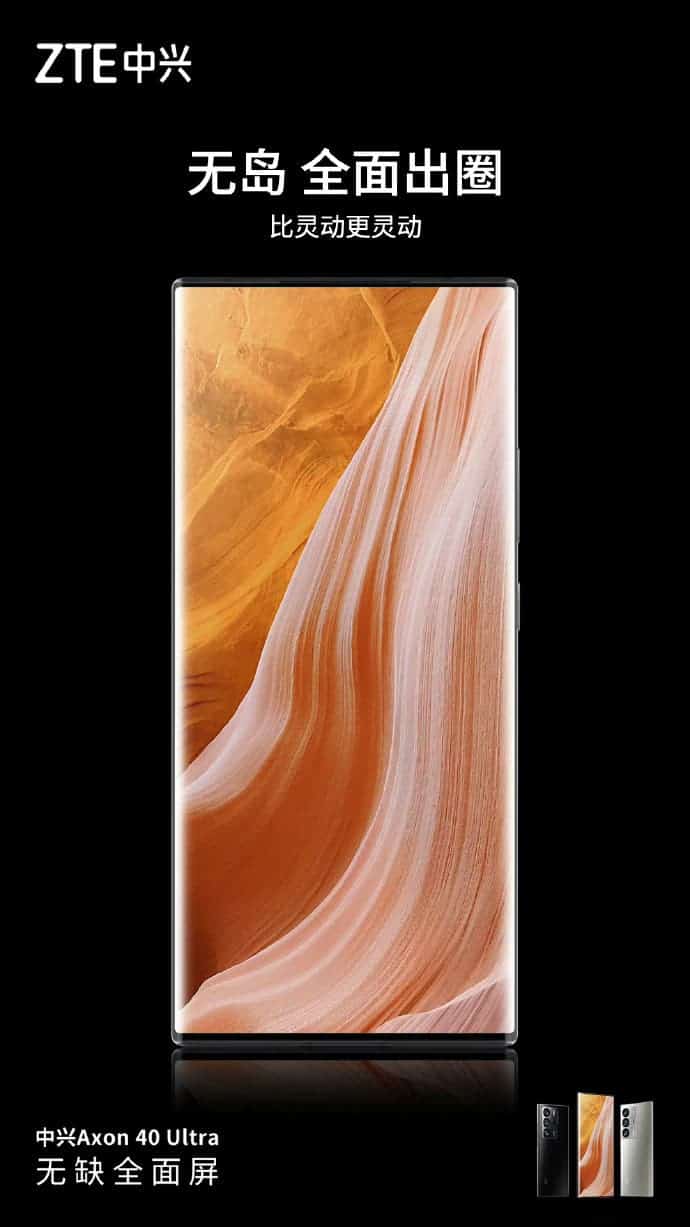 The Dynamic Island cutout is really excellent and fits in nicely with the UI. But Luo Yonghao, the creator of Smartisan and Hammer Technology, emphasized that Android devices don’t require this trick.

“Dynamic Island is really very smart and I have to compliment Apple’s UI designers and product managers. It’s not just because the iPhone interface design has been so bad over the years”.

He clarified that he was making reference to the outdated notches that were still present on the iPhone 14 and iPhone 14 Plus. Developers have long since abandoned the notch in the Android smartphone industry in favor of an integrated front camera that occupies very little screen real estate. Luo Yonghao thinks that Android smartphone developers shouldn’t try to imitate Apple’s new method for this reason.

However, prior experience indicates that it won’t be long until similar devices from Chinese manufacturers become available. However, we will keep watching the development of events in the upcoming weeks.

Previous The eSIM era begins: the iPhone 14 has no physical SIM in the US

Next iPhone 14 Pro Max Top Features That Knocks Off Android