If there is anything that Apple knows how to do, is to take advantage of its fanbase. Apple does not really care about innovation. This is because it knows that its fanbase will buy whatever it is selling. This is very evident in the recent iPhone 14 series whose only “innovation” appears to be the “exclamation mark” display (Pro model only) as well as the satellite communication which works only in the U.S. and Canada. Even the daughter of Apple’s founder, Steve Jobs, had to mock the iPhone 14 upgrade. There is almost no difference between the iPhone 14 and iPhone 13. South Korean manufacturer and Apple’s competitor, Samsung, also threw a jab at Apple. 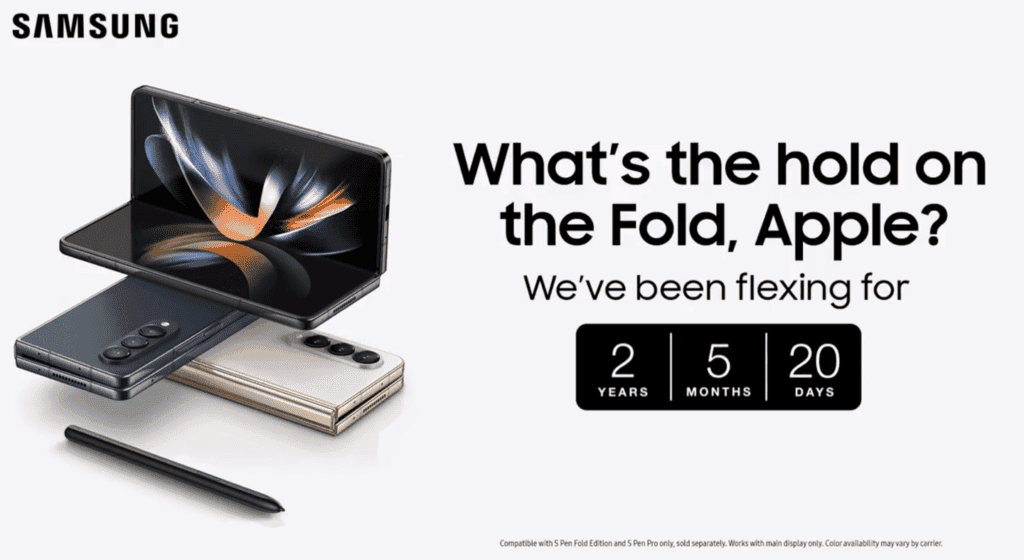 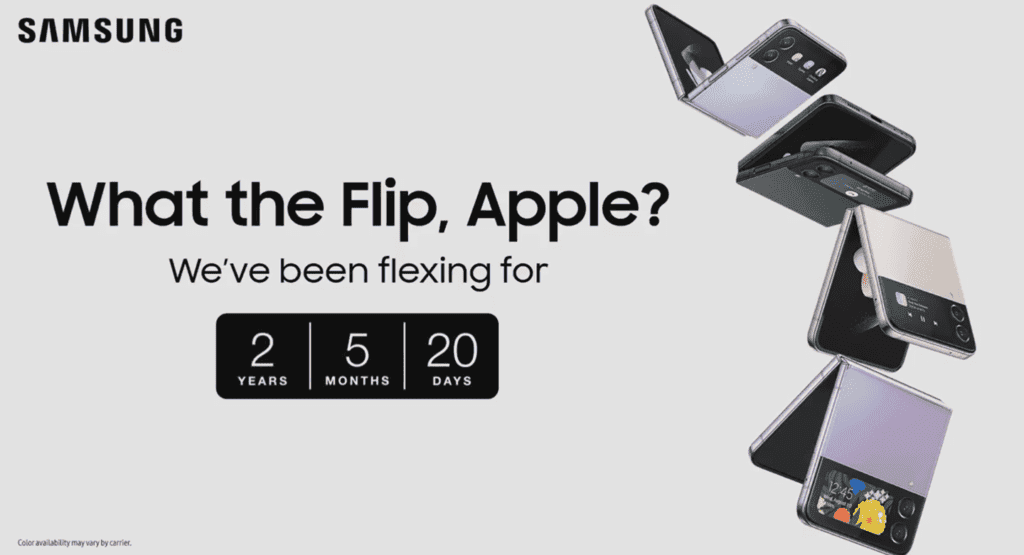 On September 8, the day of the launch of Apple’s new iPhone 14 series, Samsung released a new advertisement for the Galaxy Z Flip 4 folding screen phone to mock the iPhone. In the ad, the hostess bought the Samsung Galaxy Z Flip 4 foldable phone with an iPhone that she couldn’t fold.

Previously, Samsung often mocked Apple when it released new iPhones. For example, in 2017, Samsung mocked the iPhone X’s bangs and cancelled the 3.5mm headphone jack. But it is worth mentioning that Samsung has also adopted these schemes and functions that it once mocked. 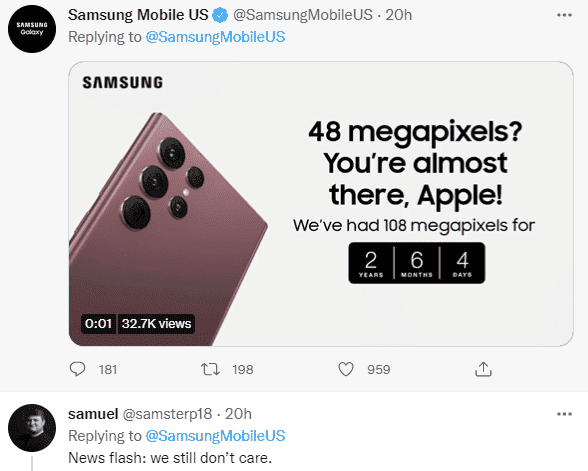 Nevertheless, confirming what we said earlier, an Apple fanboy (obviously) replies to one of the tweets “News flash: we still don’t care”. There are also many similar replies confirming that Apple fanboys accept whatever Apple throws at them.

Next Garmin Mocks Apple Watch 8 Ultra: We Calculate Autonomy by Months, Not Hours