ASUS’ Republic of Gamers released a new phone that had been on everyone’s lips for a long time. We are talking about the ROG 6D, aka ROG Gaming Phone 6 Dimensity Edition. The series includes two models – the vanilla variant and the Ultra model. However, both adopt the latest MediaTek Dimensity 9000+ 5G chip.

As you guess and as the name implies, the selling point of this series of smartphones is the flagship Dimensity chip. Its CPU frequency is as high as 3.2GHz, which is about 5% higher than the performance of the previous generation. Also, the phones come with LPDDR5X memory with a capacity of up to 16GB and UFS3.1 native storage. The latter offers a storage capacity of up to 512GB.

Another distinguishing element of the phone is the “back door.” The “cooler air valve” design acts as an openable cooling valve. It is connected to the ROG Cooler 6 and the cooling fins on the ultra-thin vapor chamber inside. Jointly they can effectively dissipate heat from the SoC area. Once activated, the heat dissipation surface area will increase 9 times. In effect, the overall heat dissipation efficiency will increase by 20%. 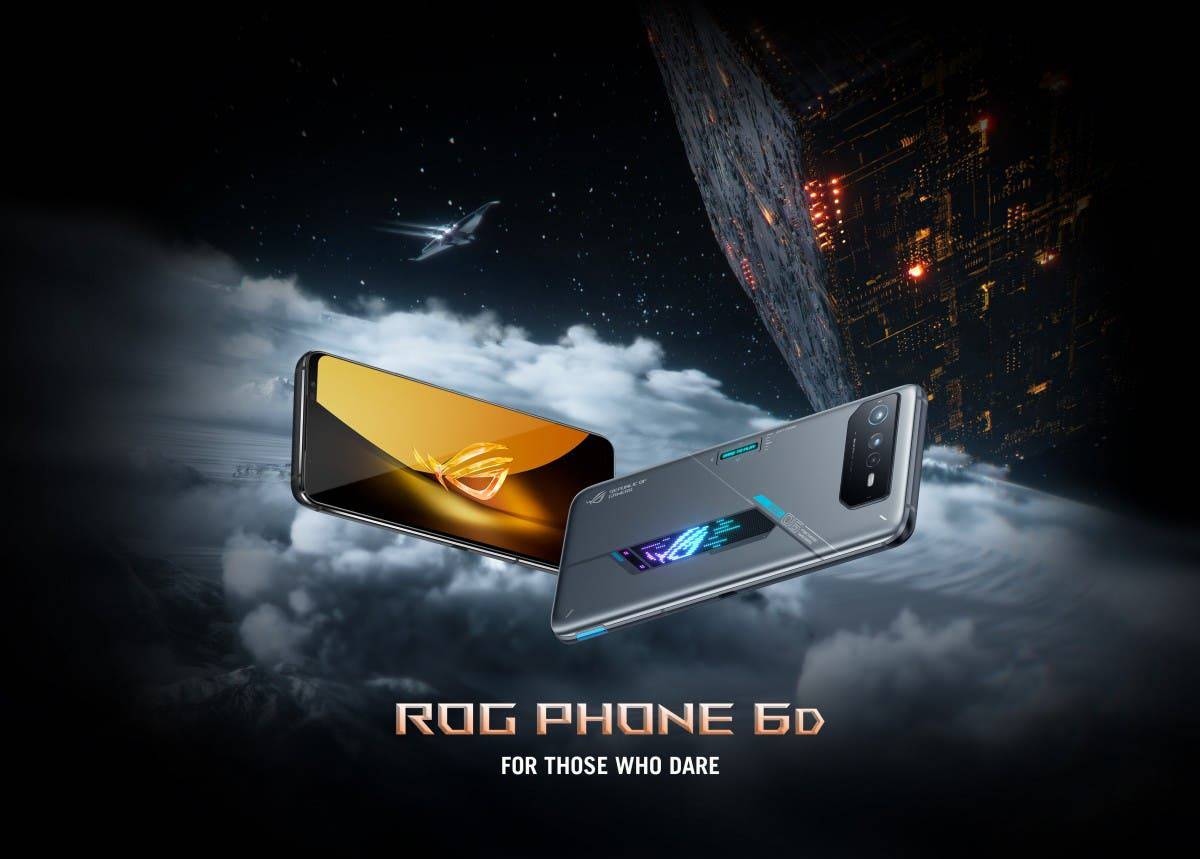 Other than that, the new matrix liquid cooling architecture includes 360° CPU cooling technology. Its vacuum vapor chamber is 30% larger than that of the ROG 5. Also, the graphene area is 85% larger.

The ROG 6D series comes with a large-capacity 6000mAh battery. There is also a 65W Hyper Charge adapter for fast charging.

We are dealing with a gaming handset. So everything in this device resembles its gaming nature. For instance, the ROG 6D comes with even more advanced control possibilities. The company has significantly upgraded the AirTrigger 6 control system. Now, ultrasonic sensors fully support a variety of gestures, providing dual-tap swipe, press and lift, and gyro aiming. 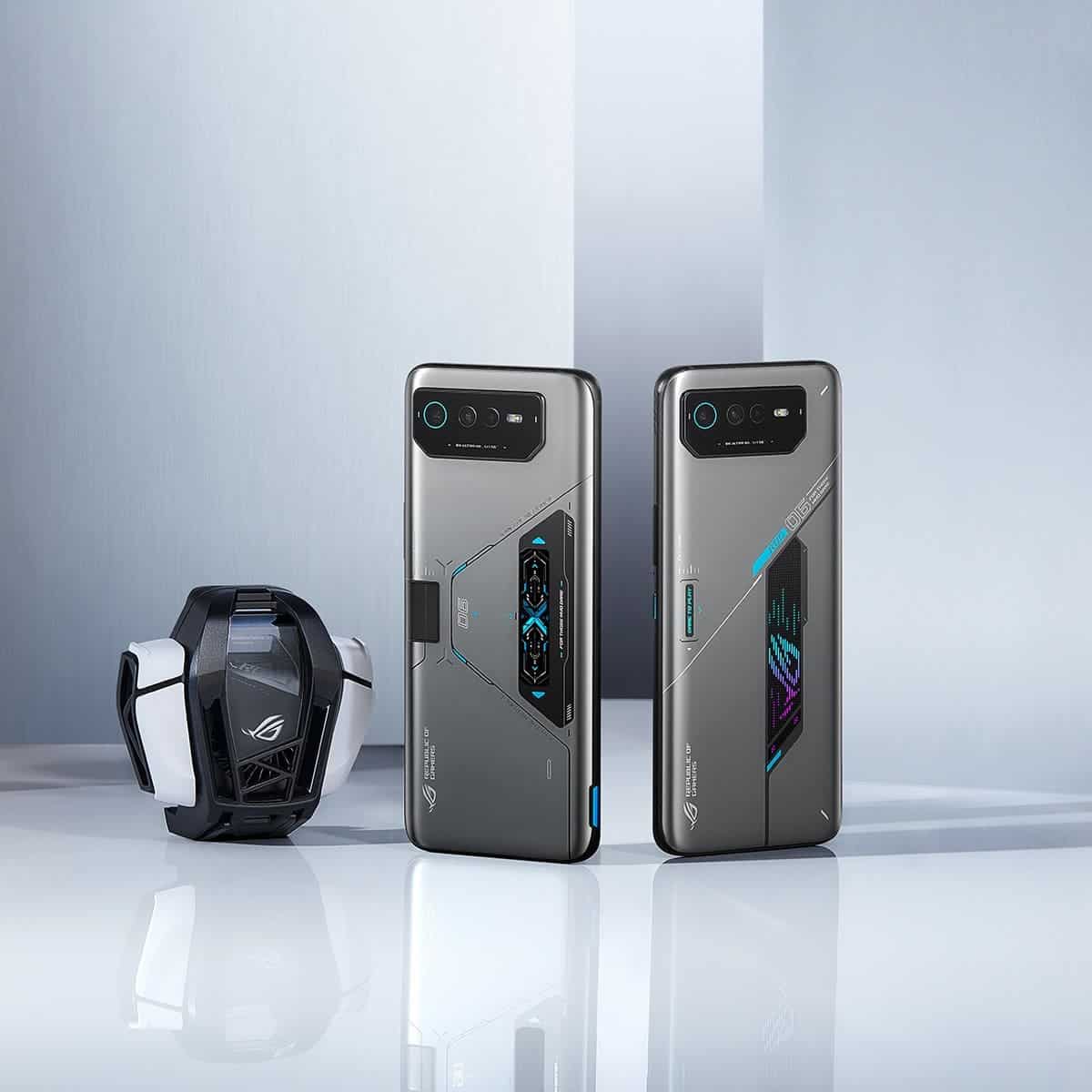 The ROG 6D also boasts the GameFX audio system. It includes symmetrically placed two speakers, while the phone retains a portable 3.5mm headphone jack for external wired headphones. The phone has been optimized for sound quality with Swedish digital audio pioneer Dirac. Phones from this series also feature the Dirac Virtuo™ spatial audio solution. The latter uses a patented algorithm that enables the built-in speakers to emit immersive stereo sound while enhancing the overall sound quality of the speakers.

The ROG 6D phones have the same three-camera system as the ROG 6. Thus, they sport the Sony IMX766 50-megapixel main wide-angle lens. The latter greatly improves image quality and HDR processing capabilities. There are also a 13-megapixel ultra-wide-angle sub-camera and a macro camera. The primary camera supports HDR10+ video shooting mode. On the front, there is a 12-megapixel camera. 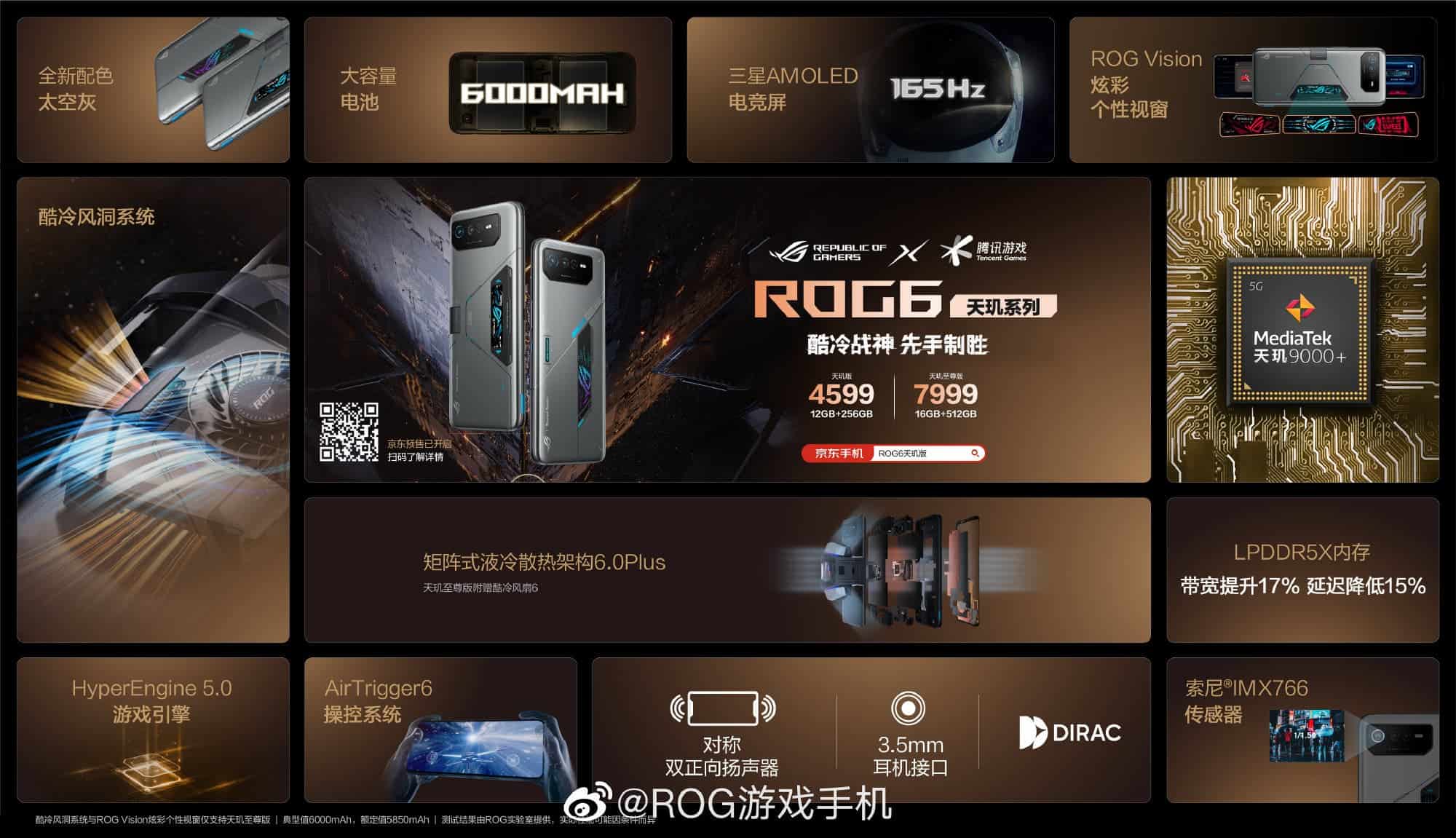