Earlier this month, Chinese tech giants Huawei announced their highest and much awaited 2022 flagship devices, the Huawei Mate 50 series. From all indications, the phones are enjoying a great reception from consumers since the announcement date.

Before the launch event, Huawei opened reservations for the Mate 50 series on their e-commerce websites. To the surprise of many, the device got over 1 million reservations within a few days. 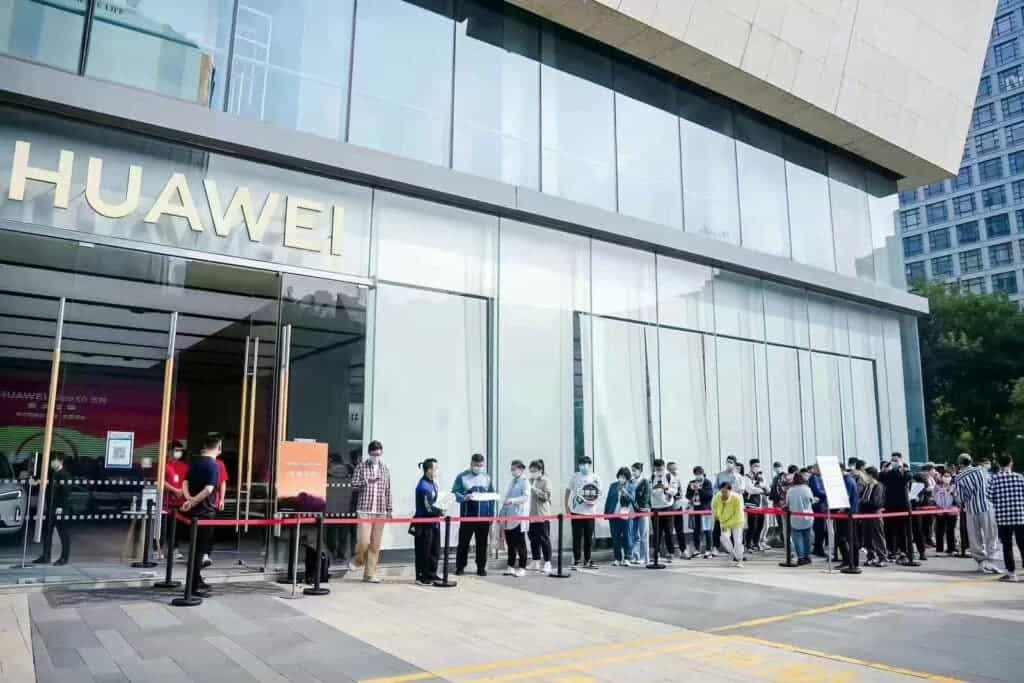 The devices were announced on the 6th of September but sales began on the 21st of the same month. However, it looks like not everyone can get their hands on the device. At least for the time being. A photo sited online by Gizchina shows thousands of people forming long queues in front of Huawei offline stores to purchase the new Mate series.

Not Everyone Will Get The Huawei Mate 50 Now.

You may have to wait a bit longer in order to get your hands on this handset. Especially if you are outside China. According to sources Huawei produced a total of 4 million pieces before the sales date. But all 4 million has ran out of stock within some few minutes. 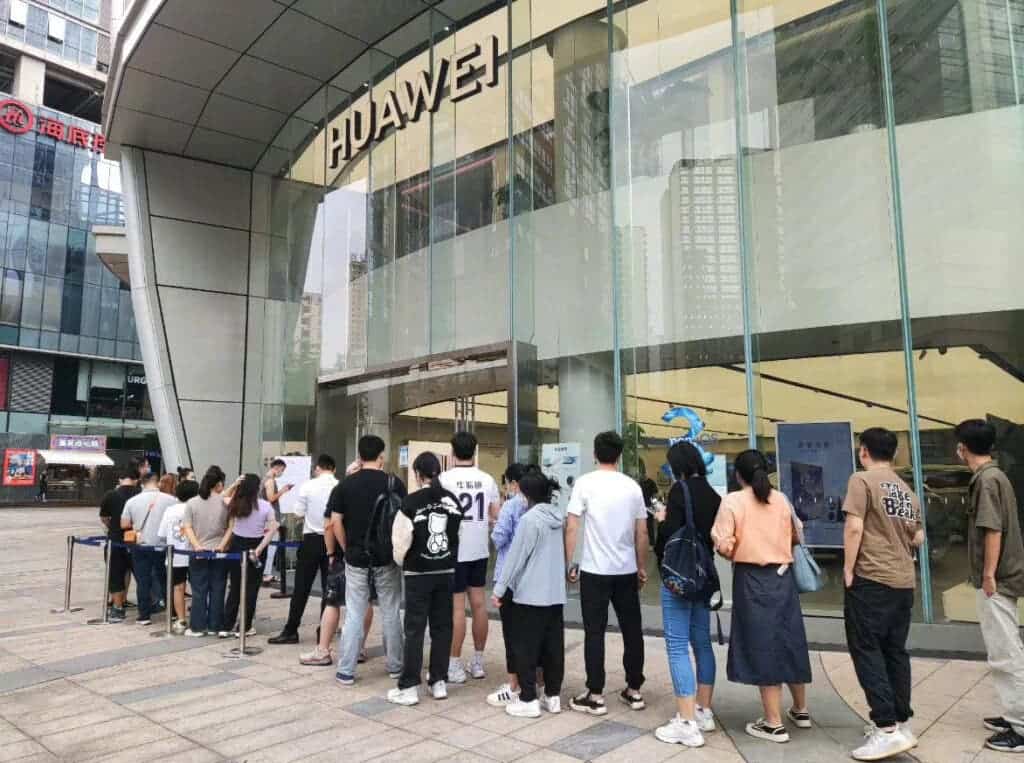 For this reason, CEO of Huawei Yu Chengdong posted photos of the long queues in front of Huawei stores appreciating consumers for their supports. He also stated that, due to the high demand for the new flagship devices, production will be increased. This will ensure that every consumer get the phone as early as possible. In his statement, he said…

Yesterday, the Huawei Mate 50 series officially went on sale, and a large number of enthusiastic consumers went to Huawei stores across the country to purchase machines. Thank you very much for your love and support for the Mate 50 series! We will speed up production to ensure product supply so that more consumers can use the powerful Mate 50 series mobile phones.”

Where To Buy The Huawei Mate 50 Series

As it stands, the Huawei Mate 50 series are only available to Chinese consumers. Global users are yet to lay their hands on the handset. But you can still order from Huawei’s e-commerce platforms such as V-Mall. But you may have to wait until for Huawei to restock as it is currently out of stock.

Next Apple Watch Ultra - do not dismantle this $729 smartwatch