Intel is proving beyond reasonable doubt that they are serious about the GPU business. It is of no surprise that they already have GPUs that are competing with the likes of Nvidia GeForce and AMD Radeon GPUs. Some few weeks ago Intel released the Intel Arc A770 which is on par with the likes of Nvidia RTX 3060 midrange GPU. On the same day, they announced the Intel Arc A750. However, prices were not part of the announcement.

Earlier this week, Intel announced the price for the Arc A770. Today, the price of the Arc A750 GPU is also out. At the announcement, more details on the Arc A770 was also revealed including its Benchmark score. 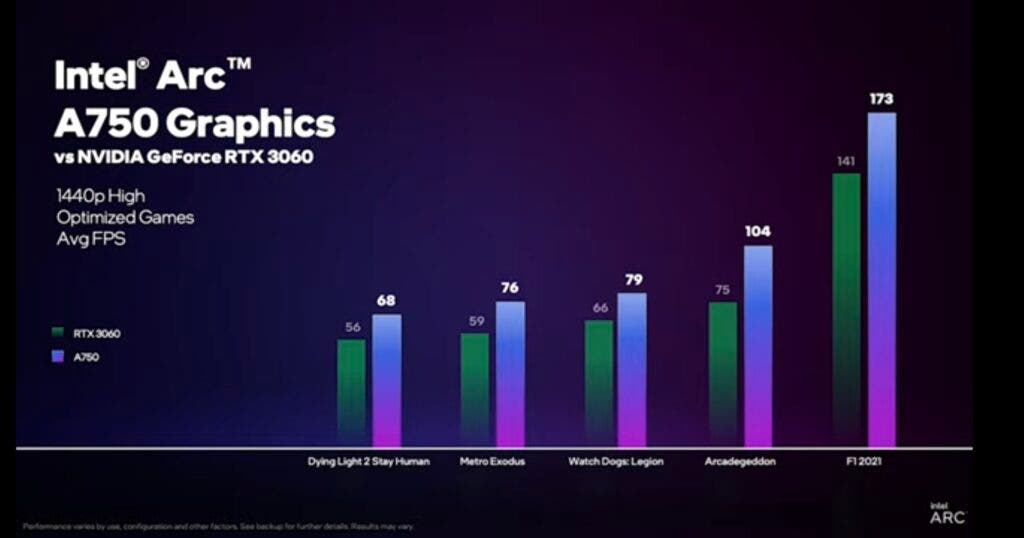 In terms of pricing, the A750 which is the lower tier version of the Arc A770 will cost $289. The higher end version which is the Arc A770 will also have a starting price of $329. Intel also announced that there will be a custom design limited edition version of the Intel Arc A770. This custom version will come with 16GB of memory and will have a slightly higher price of $349. That would be just $20 extra over the standard version. 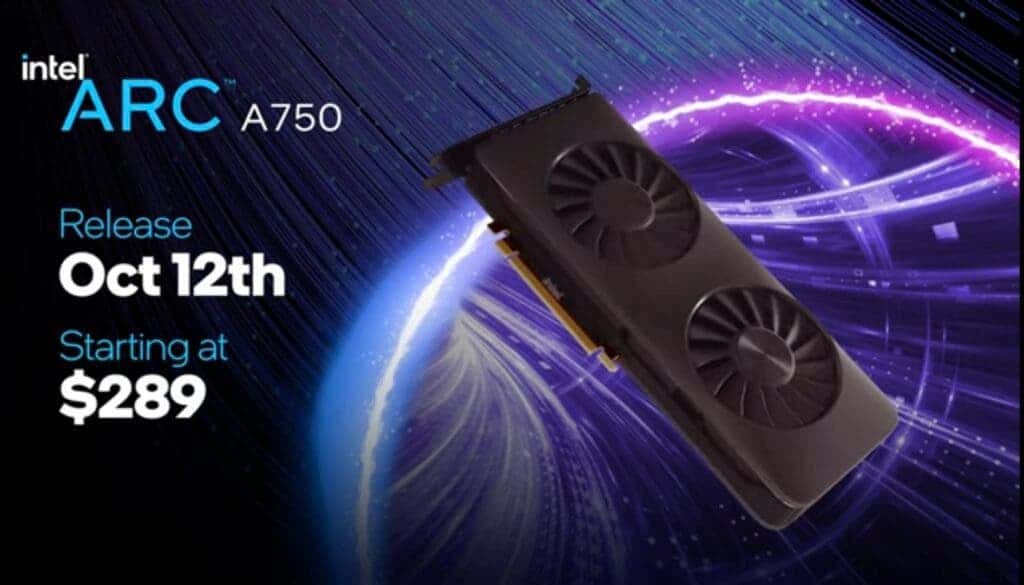 How The Intel Arc GPU Compares To Others

The company also made some comparisons with the closest competitor on the market, that is the Nvidia GTX 3060. According to the outcome of the comparison intel’s Arc A750 averages 6% faster than the RTX 3060 at 1440p running different APIs and mix of titles.

Intel also showed the current market price for the Nvidia GTX 3060 which is around $418. Comparing this price to the $289 price tag of the Arc 750, this means that the A750 has 53% increase in performance to Dollar metric. 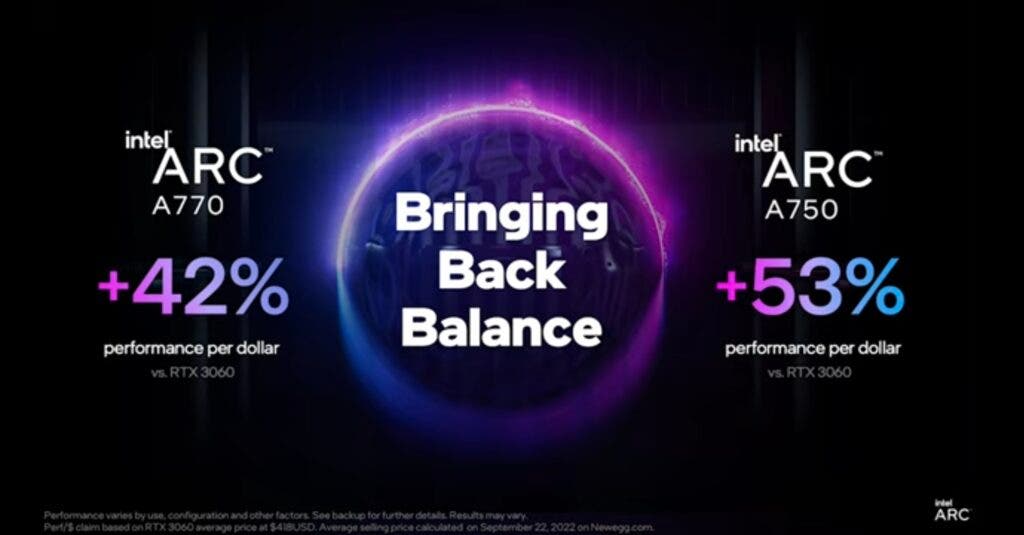 This data shows how fast Intel seems to be growing in the GPU industry. As a new Graphics Processing Unit there are no reviews from users yet. Starting from next week, reviews will begin popping out where we would see how it performs against the likes of Nvidia and AMD.