For several months, the term “iPhone 14 Max” cycled through the rumor mill. That name was associated with Apple’s newer larger iPhone set to replace the iPhone 14 mini. That name made sense, after all, we have the Pro Max variant, the bigger version of the Pro. However, Apple ended up unveiling the larger vanilla as iPhone 14 Plus. Apparently, this was a last-minute decision.

According to a recent report from MacRumors, there are references to the iPhone 14 Plus as “iPhone 14 Max” on Apple’s website. Apparently, that name was, in fact, associated with the new low-end 6.7-inch iPhone. However, Apple has ultimately changed its plans. We assume that calling it Plus has to do with the older iPhone Plus models.

In the past, Apple used to launch a small iPhone and a Plus model. That survived until the iPhone 8 series when the company unveiled the iPhone X. Since then, it changed the nomenclature of its iPhones. Now, the iPhone 14 Plus brings it back.

According to Dutch blog iCreate, in two instances on the company’s website, Apple refers to the iPhone 14 Plus as the “iPhone 14 Max”. Firstly, in a support document that helps users identify their iPhone, the image of iPhone 14 Plus models in five colors are described as “iPhone-14-Max-Colors”.

There is also a page that provides compliance and regulatory info. On that page, Apple lists the “iPhone 14 Max” with the 14 Plus model number. The list also includes the iPhone 14, 14 Pro, and iPhone 14 Pro Max.

Read Also:  The iPhone 14 Pro is the perfect Christmas gift to disappoint 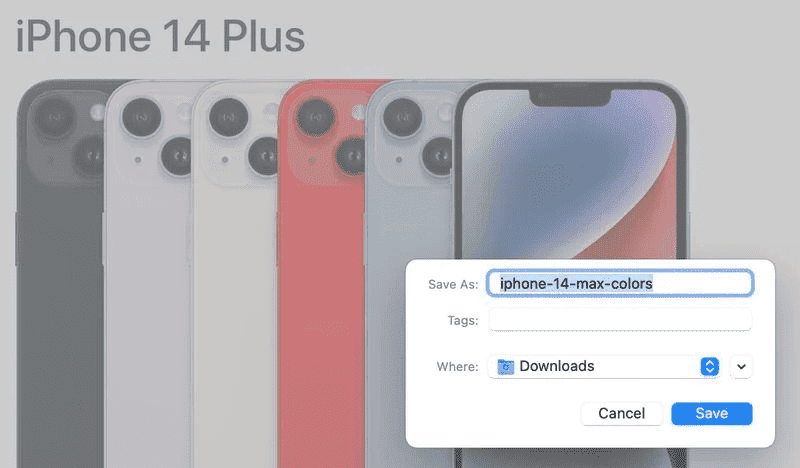 It’s not enough to make this device a success

We believed in the iPhone 14 Max’s arrival until the last minute. After all, the 14 Plus moniker appeared just one week ahead of the launch. The iPhone 14 Plus name at the event would be a surprise. However, the industry of leaks went ahead.

The Plus term actually makes sense for Apple fans. Instead of thinking that this is the “Max” version of the low-end series, they will see it just like a “Plus”. Just like older Plus models, the 14 Plus is just a larger iPhone 14. It has the same cameras and features. The only differences are the screen and the larger battery. Therefore, Apple can also keep the “Max” exclusive to its highest-end iPhone.

Worth noting that the future of the Plus is uncertain. As per previous reports, it could end up being another failure, just like the mini. Apparently, Apple fans are not wanting to pay for this device, when they can get a Pro variant for a few more bucks. In fact, Apple’s whole strategy of launching low-end iPhones is yet to prove itself.

Previous Energy crisis in Europe will leave you without internet