Google never was a good brand for keeping its upcoming products a secret. This is special when we talk about the Pixel series. Since the Google Pixel 3, we’ve seen these devices appearing several months before their launch. This was not an exception with the Google Pixel 7 series. Honestly, Google does not seem to care anymore. The company teased the phones back in May and even released videos ahead of the October 6 reveal.

Besides the new Pixel 7 smartphones, we have the aforementioned Pixel Watch. Google will finally unveil its product to run WearOS. This may be Google’s last chance to push its WearOS forward for smartwatches and make it what Android is for smartphones. The company will also give more details about the Fitbit integration. Last but not least, we expect new Google Home, Nest products, and more services may appear.

The Pixel 6 arrived making a great revolution in the lineup. For this year, we’re not expecting massive changes, just incremental upgrades. The Pixel 7 duo made a brief appearance at the Google I/O back in May. In terms of design, they are very similar to the Google Pixel 6 and Pixel 6 Pro with subtle changes in the camera visor. Interestingly, this camera visor now features an aluminum finish rather than glass. 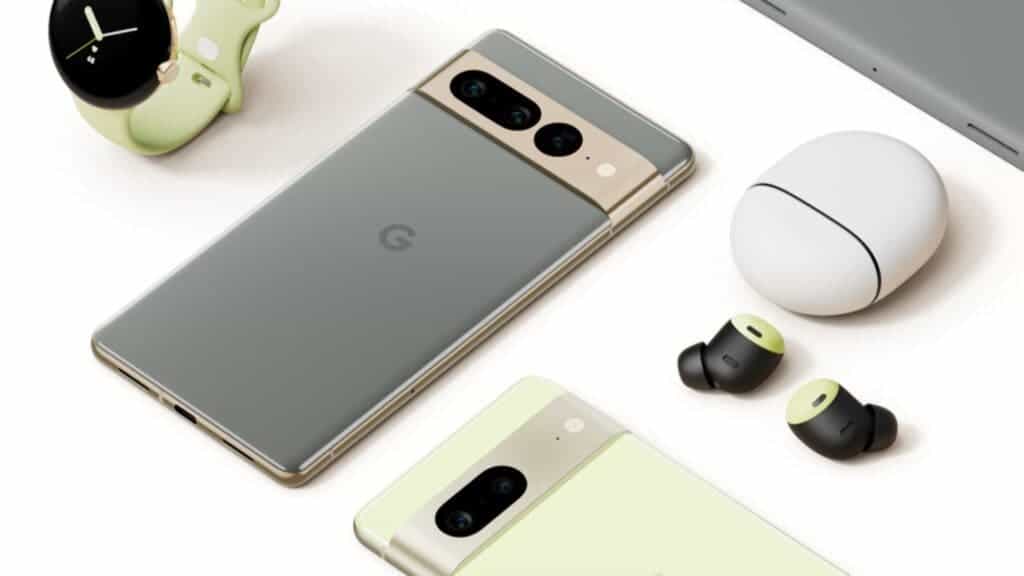 The duo of Pixel 7 smartphones has leaked extensively in the past few days. We saw several teasers showcasing the design of the new smartphones. The rumor mill also did its job leaking high-quality renders for the upcoming products. According to the teasers, the Google Pixel 7 will feature an anodized aluminum finish. The Pro, on the other hand, has a shiny finish.

The curved display of the Pixel 7 Pro will be less prominent than its predecessor. The goal is to make the phone more comfortable to hold. 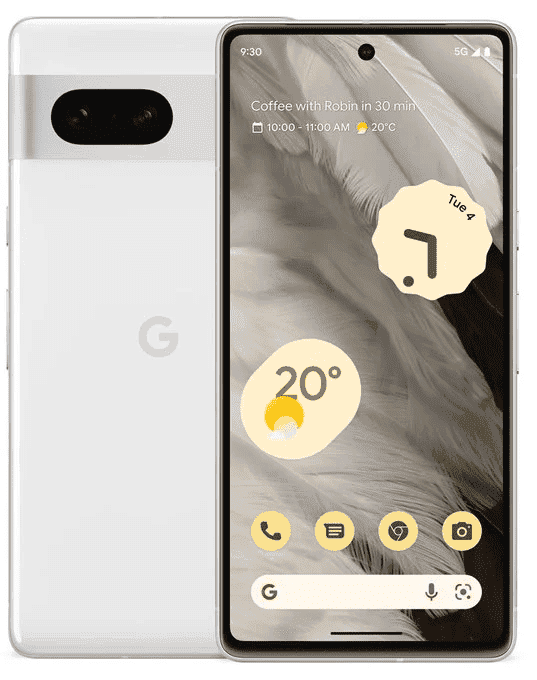 As for specifications, the duo of smartphones will not take major departures over their predecessors. For instance, the Pixel 6 has a flat 6.3-inch OLED screen with Full HD+ resolution. This panel has up to a 90 Hz refresh rate. Moving around to the back, the phone keeps the dual-camera setup – a 50 MP main camera, and a 12 MP ultrawide shooter. The main is a Samsung GN1, while the second has Sony’s IMX381 shooter. The company will pick the 11 MP shooter for the selfies. The Pixel 7 Pro, just like its predecessor, will have an extra 48 MP snapper for the telephoto zoom effect.

The Pixel 7 will have a 4,700 mAh battery with support for 30W wired charging. However, time will tell whether the phone will reach that charging rate.

The Pixel 7 Pro will pack a 6.7-inch AMOLED LTPO screen with a Quad HD+ resolution. Moreover, it has a 120 Hz refresh rate. The phone will have an 11 MP selfie camera with a Samsung 3J sensor. The phone uses the same camera setup as the Pixel 7 with the addition of a telephoto 50 MP Samsung GM1 camera. 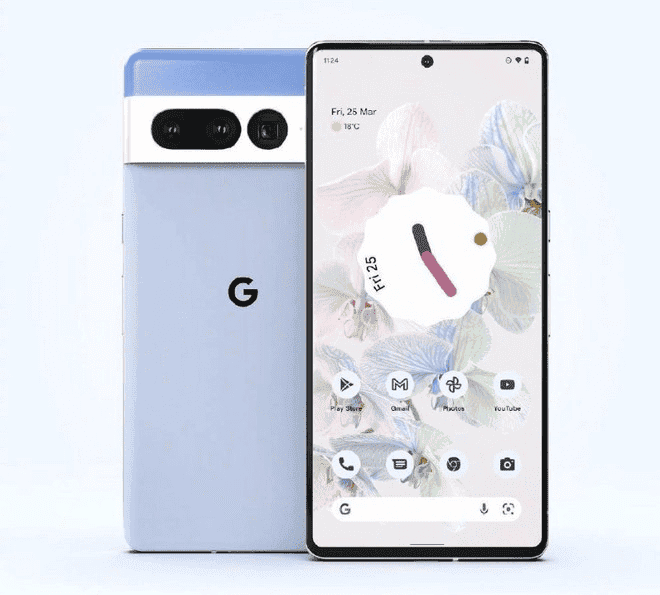 The Pixel 7 pro draws its powers from a larger 5000 mAh battery with 30W charging. Both phones may have 21W wireless charging support.

Google Tensor G2 – The highlight of the Google Pixel 7 series

Do you know what both phones have in common? They bring the same Google Tensor G2 processor. This chipset is the replacement for the last year’s Tensor, also known as Google’s first silicon. Unfortunately, the new chipset does not bring significant upgrades for performance. There is a new GPU, of course, which may keep it on par for games and also improve image processing capabilities. However, the performance will be similar. 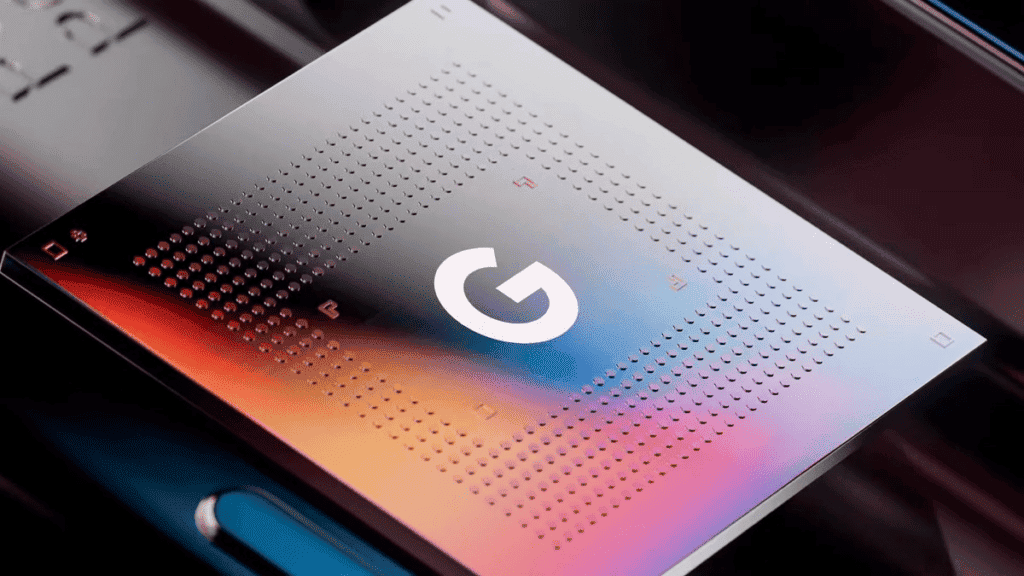 Recent reports also say that despite the same ARMv8 architecture and core arrangement, the Tensor G2 will have a 4nm process. That may enable higher clock speeds and also keeps the phone’s efficient enough.

The tensor G2 retains the CPU configuration of its predecessor – 2 x ARM Cortex – X1 cores, 2 x ARM Cortex-A76 cores, and 4 x ARM Cortex-A55 cores. The difference is in the clock speed. The X2 cores will see a bump to 2.85 GHz, while the A76 cores will reach 2.35 GHz. Don’t expect a stellar performance gain, but it may bring 10% in multi-core performance. Although this chip is not on par with current flagship SoCs, it will still be better than most of the mid-range bandwagon. The GPU department fires the Mali-G78 MP20 for a newer Mali-G710 GPU. Last but not least, the new Tensor will bring a revamped modem. It will improve battery life, and connectivity.

The Google Pixel Watch stands as the next star in the show. The device will join the Pixel 7 series and push WearOS forward. This is Google’s first-party offering that runs WearOS. The past few years have been complicated for Google’s wearable operating system. However, thanks to Samsung’s aid and push with the Galaxy Watch series, we may see a new revamp of the company’s wearable system. Hopefully, it will address the dreadful battery life that plagued old WearOS smartwatches. 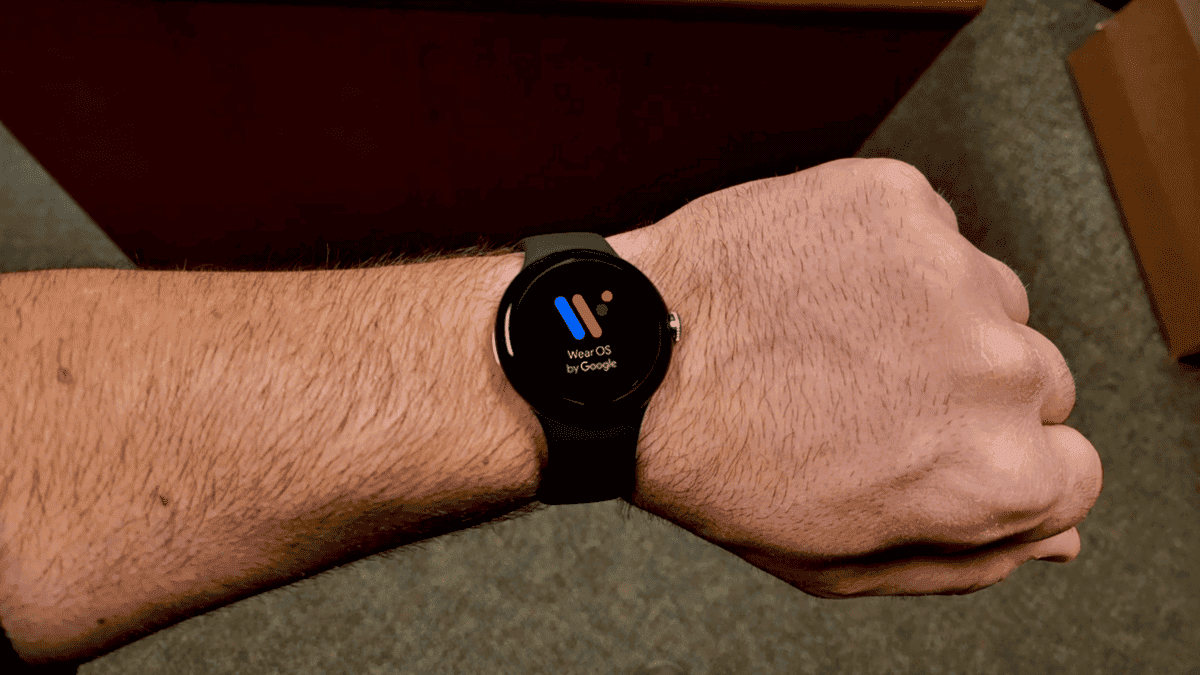 The Google Pixel Watch appeared through several leaks. Most recently, it was showcased through a short trailer. The smartwatch has a round dial with a curved display cover glass. There is something cool – it comes with a rotating crown and a multi-function button. Galaxy Watch fans that are disappointed with Samsung’s removal of the physical crown, may see the Pixel Watch as a nostalgic option.

As for the hardware, the Pixel Watch will use an old Exynos 9110. However, it also brings a co-processor to keep things efficient. The rumors say it will have 1.5 GB of RAM and 32 GB of Internal Storage.

As for the battery life, the wearable is expected to come with a 300 mAh battery. We expect an LTE variant, and a Wi-Fi + Bluetooth option. The specifications may differ between these two. As per the rumors, Google will promise one-day battery life for the Pixel Watch. We assume that’s for intense usage. Otherwise, it may disappoint some fans.

Old leaks suggest the watch is 14 mm thick and 30 mm in diameter. Which translates to a 1.18-inch panel.

WearOS app will be gone

Shortly after the release of the Pixel Watch, Google will ditch the current Wear OS application. It will be up to each OEM to offer its companion app for the new Wear OS smartwatches. The Pixel Watch will bring a “Google Pixel Watch App” for handling. 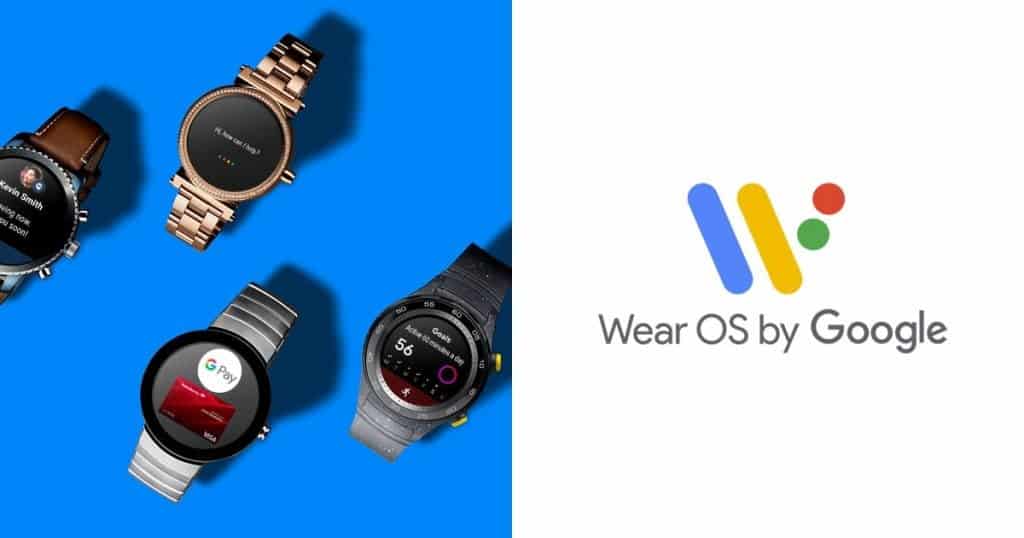 The Pixel Watch will also integrate with Google Photos. You can use some photos for your watch faces, for example. Moreover, it will bring an emergency SOS calling screen, and smart home controls. We expect Google to bring some extras for the Pixel 7 series owners. 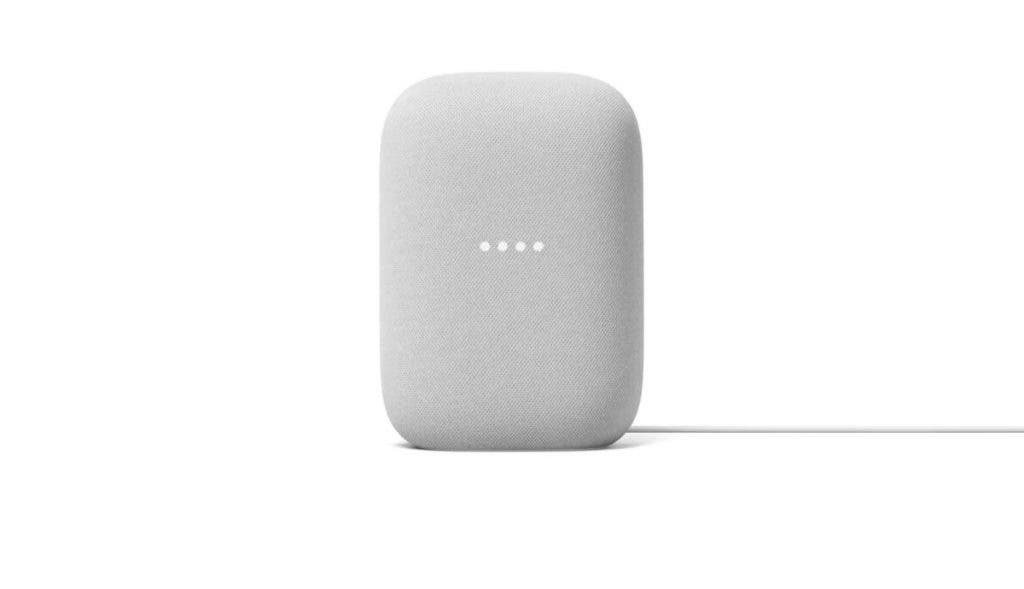 Previous reports were pointing to the launch of a new Chromecast product at the event. However, back in September, Google unveiled the Google Chromecast HD with Google TV. Now, two days ago, the company launched the 2nd generation of Wired Nest Doorbell and the Nest Wi-Fi Pro. 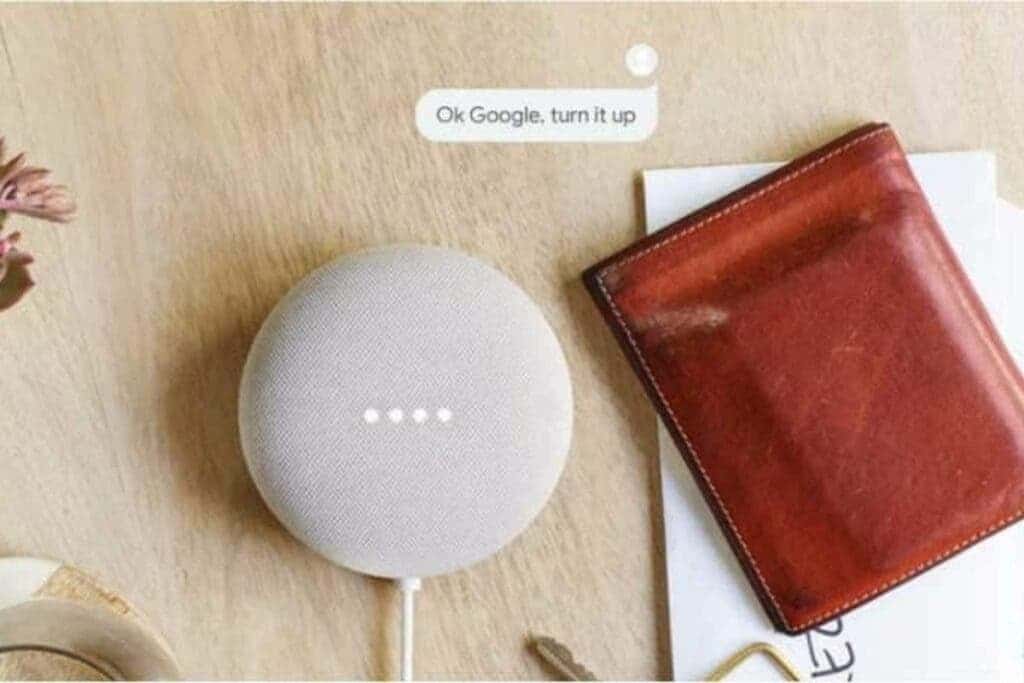 So the big question is – what google has in tow for the Next series in tomorrow’s event? Some rumors point to the release of a new smart speaker.

The last Smart Speaker was launched way back in 2020. Therefore, Google may be preparing a new smart speaker for release. Moreover, we can also see the release of a new Nest Home mini. The latest release was in late 2019. Otherwise, the company may also bring a Nest Hub Smart Display or a Nest Hub Max. There are many open possibilities, and unfortunately, leaks are scarce. Therefore, we’ll need to wait until tomorrow to see what comes from the Nest series.

Rumors about the first foldable smartphone under the Pixel series are floating since 2020. Last year, these rumors intensified pointing to a launch in October 2021. However, the foldable Pixel didn’t arrive. The rumor mill then switched to a Q1-Q2 release. As per the leaks, the company was planning to launch its foldable alongside Android 12L – the Android version for tablets and foldables. Unfortunately, the Pixel didn’t appear again. Now, are we seeing the so-called Pixel Notepad at tomorrow’s event? We don’t think so. 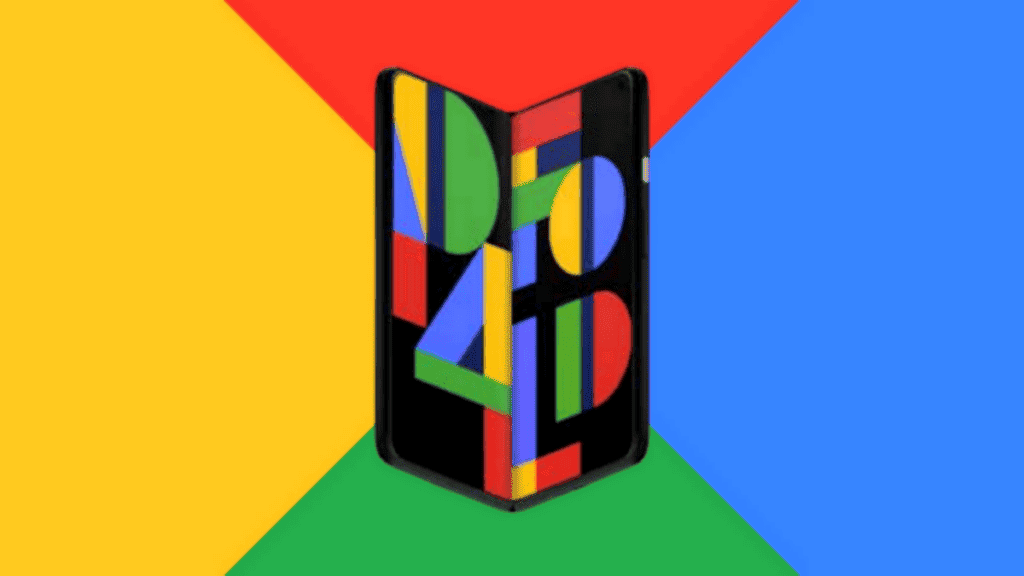 We saw countless leaks for the Pixel 7 series, and even the Pixel Watch has leaked. Meanwhile, the Pixel Notepad keeps appearing only in rumors. So we don’t think it’s ready for release. It would be a massive surprise. But to be honest, in the best scenario, we’ll get a teaser tomorrow.

There are also rumors of a Pixel Tablet. That will be a major refresh since the last Pixel tablet. However, we don’t know whether it will be ready for tomorrow’s event. But who knows? The new tablet is rumored to bring a massive 11-inch display. Effectively, joining the segment of large-screen tablets. 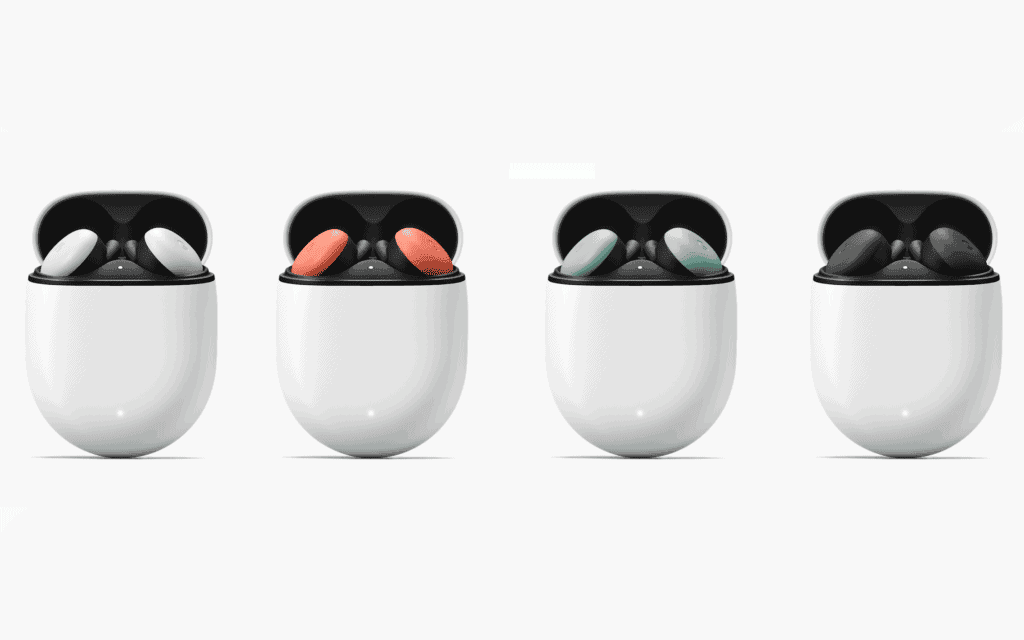 We don’t know exactly whether Google is coming with new Earbuds. But we can also expect an upgrade for the Pixel Earbuds A series.

Pricing and Availability for Google Pixel 7 series and other products

Some of the upcoming Google Pixel products have their price revealed. The Google Pixel 7 series will come at the very same price as the Pixel 6 series. Therefore, we expect the Pixel 7 at $599. The Pixel 7 Pro will start around $899. The European customers will see the Pixel 7 price starting at €649. 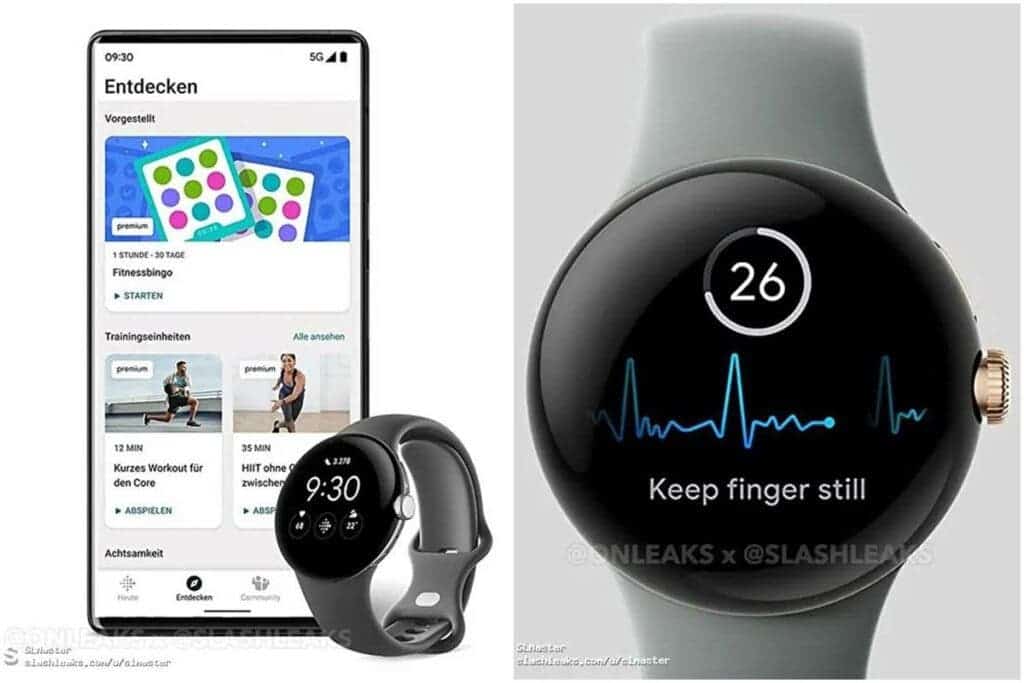 The two Google Pixel 7 series smartphones will enter the pre-order phase right after the event. However, there is no date for the actual shipments to begin. The Pixel Watch will come in LTE and Wi-Fi + Bluetooth variants. According to the company, the Wi-Fi + Bluetooth will cost £339 in the UK and €379 in the EU. There is no word of an LTE-enabled model as well, said to be €419.

Unfortunately, there is no info regarding the price in the United States. However, leaks point to a price tag of $299 for the Pixel Watch in the US. The company may use the $399 price tag for the LTE variant.

As for the other Google products, we’ll have to wait and see what the company has in tow. Anyway, you can expect the Google Pixel 7 series to get the spotlights. Also, these prices are considering only the EU and US markets. We know that the Pixel 7 series will also reach other countries in Asia like India, and North America and they will also land in Canada. We expect the full details to appear tomorrow.

Previous What exactly is Focus Mode on the iPhone?