Google launched the latest generation of flagship smartphones Pixel 7 and Pixel 7 Pro last week. These smartphones bring a very powerful and interesting camera performance. However, these devices seem to be lacking in other aspects. Google Pixel 7 Pro has now passed a series of real-world game tests such as “Genshin Impact”. This reviewer (@goldenreviewer) believes that the performance of this flagship product is really hard to compliment. To put it in a nice way, the performance of the Pixel 7 Pro on Genshin Impact is embarrassing. 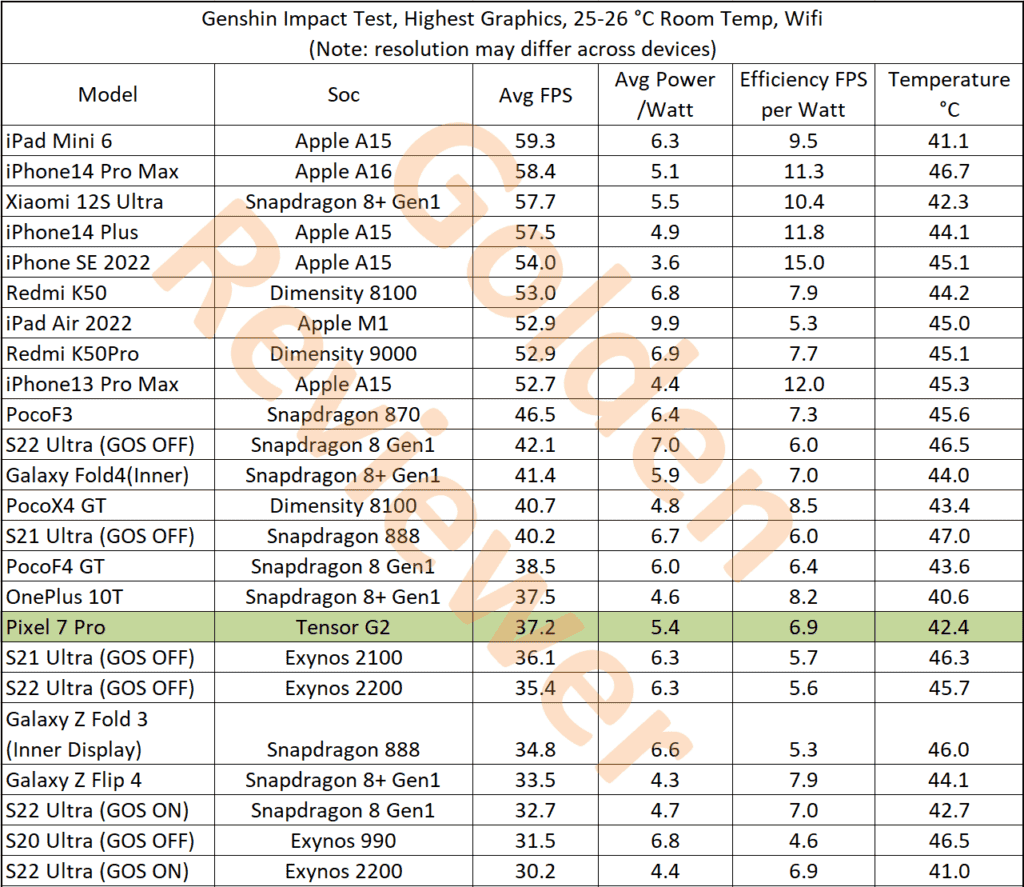 While high performance cannot be guaranteed, Tensor G2 cannot even guarantee stable performance output for users. Google Pixel 7 Pro and Tensor G2 have poor game performance under all conditions. After 30 seconds of the test, the frame rate drops from 59 frames per second to about 40 frames per second. This is not good as playing with the Snapdragon 888, which will be downclocked. The specific performance is not comparable to other flagship SoCs. The specific heat and efficiency are not comparable to that of a sub-flagship platform such as the Dimensity 8100. Its specific stability is not comparable to other chips. The results are clear: Google’s Pixel 7 series phones aren’t great for gaming, at least for now.

Next Pixel 7 Pro screen suffers from a serious bug