After some rumors, Apple has just announced a new iPad 10th Gen. Yes, the company updated the iPad lineup without much buzz. That, despite the buzz caused by Apple Store’s sudden fall. The new device takes some major departures from the last year’s entry-level iPad. The overall package is decent for those who wish to enter the iPad world. 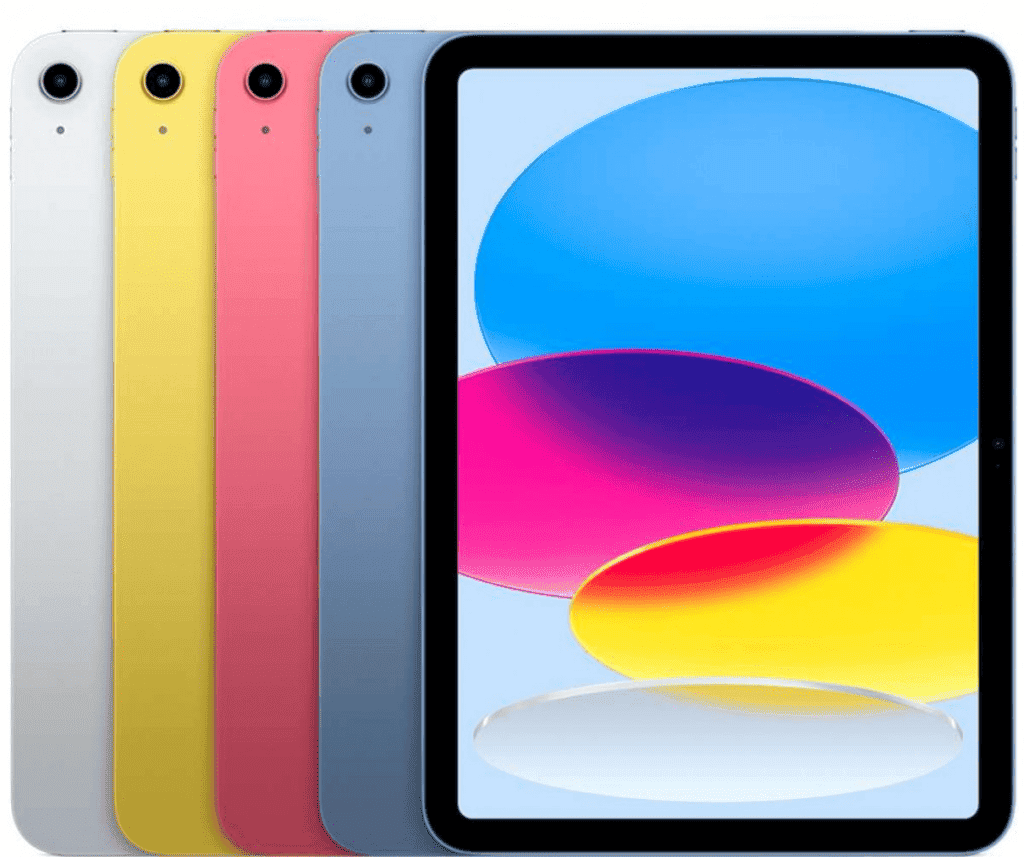 The new slate boasts a 10.9-inch IPS LCD with 500 nits of brightness. The device also is thinner than the last year’s model and has flat sides. The 10th Gen iPad also boasts the Apple A14 Bionic chip with a Hexa-Core CPU. The GPU has a Quad-Core architecture. Finally, we have a 16-core Neural Engine to boost AI capabilities.

Interestingly, the new iPad 10th gen is now fully compliant with upcoming rules of the EU’s universal port standard. In other words, it boasts a USB Type-C port, leaving the Lightning connector in the past. That’s a tendency, as we will see more and more Apple products moving to the new standard. Next year, we will see the iPhone 15 series with the new USB Type-C ports. Worth noting that it now supports the first-gen Apple Pencil. 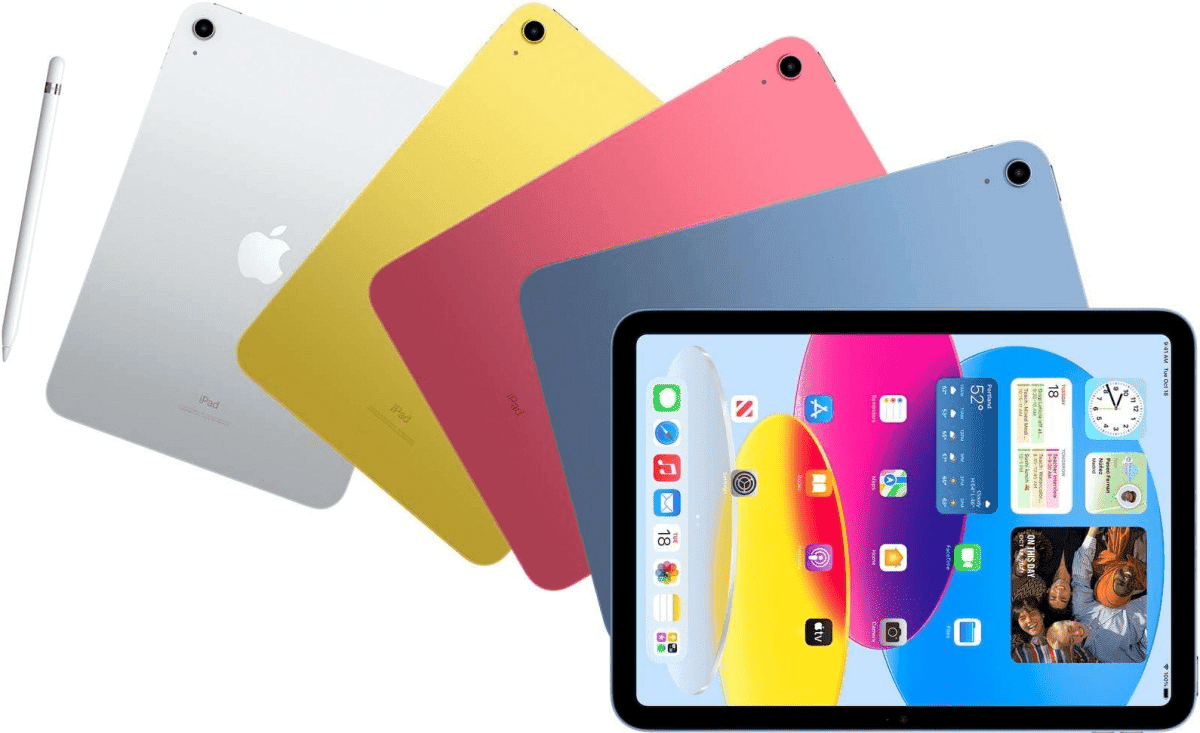 The problem is that the Pencil uses a Lightning port, so you will need a USB-C to Lightning adapter. Thankfully the iPad 10th Gen package includes one. Anyway, you can get one from Apple at $9. Yes, it’s too much for a small accessory like this, you can get some of these in other stores as well.

Moving on to the connectivity part, there are a couple of models. The new iPad comes in 64 GB or 256 GB Storage versions. Also, you will opt for Wi-Fi only or 5G models. The latter is also special for Wi-Fi users since they bring the faster Wi-Fi 6 standard. The iPad also brings a Touch ID side button and two-speaker audio.

In terms of optics, the iPad 10th Gen brings an Ultrawide 12 MP front-facing camera. It sits at the landscape edge of the iPad. The goal is to provide a good video calling experience, and of course, it will get all the fancy iPadOS 16 features to boost your video calls. 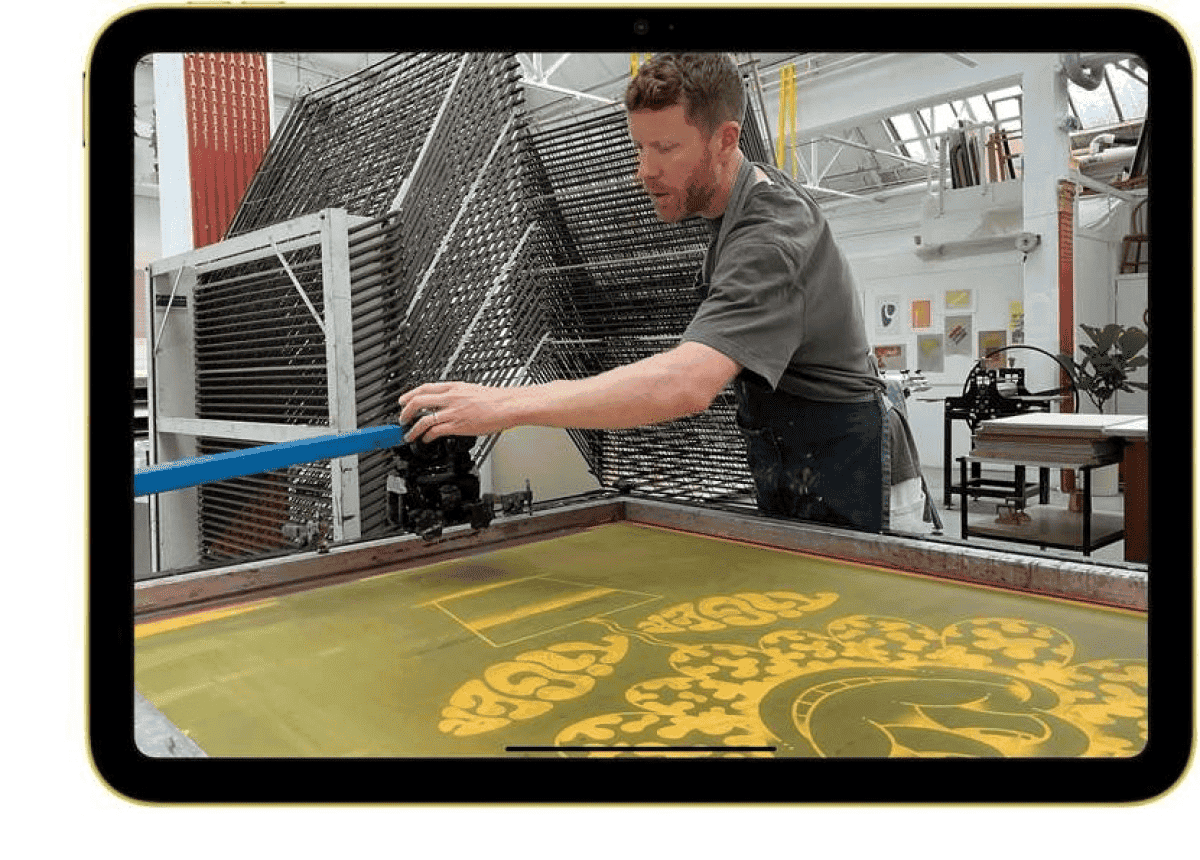 The iPad 10th Gen sells in Blue, Pink, Silver, and Yellow colorways. The device is up for pre-orders. The shipments will begin on October 26.

Apparently, Apple’s quiet way of launching new iPads is a new tendency. The rumors say that the company will soon introduce new iPad Pro models with Apple M2 without an event.