Oppo is certainly busy preparing a new round of flagships and a new Oppo Find N2 for its foldable range. However, there is always room for new mid-range smartphones. A few months ago, in August to be precise, a mysterious Oppo handset was spotted with model number PHJ110 at TENNA. Now, two months later, the device’s listing is updated with more specifications. Apparently, Oppo was not in a hurry to release this one, but the listing update may indicate that it’s finally coming.

Judging by the listing, the new Oppo PHJ110 will be a budget 5G smartphone. Considering the company’s portfolio, we are probably seeing a new phone for the Oppo A-series. The listing mentions a 6.56-inch TFT LCD screen. It’s hard to determine through TENAA photos, but we can spot the selfie camera at the top center of the display. We can’t determine whether it uses a dot notch or a punch-hole design. Anyway, it screams low-end with an HD+ resolution of 1,612 x 720 pixels. We don’t know whether this panel has a 90 Hz refresh rate or it’s simple with just 60Hz. 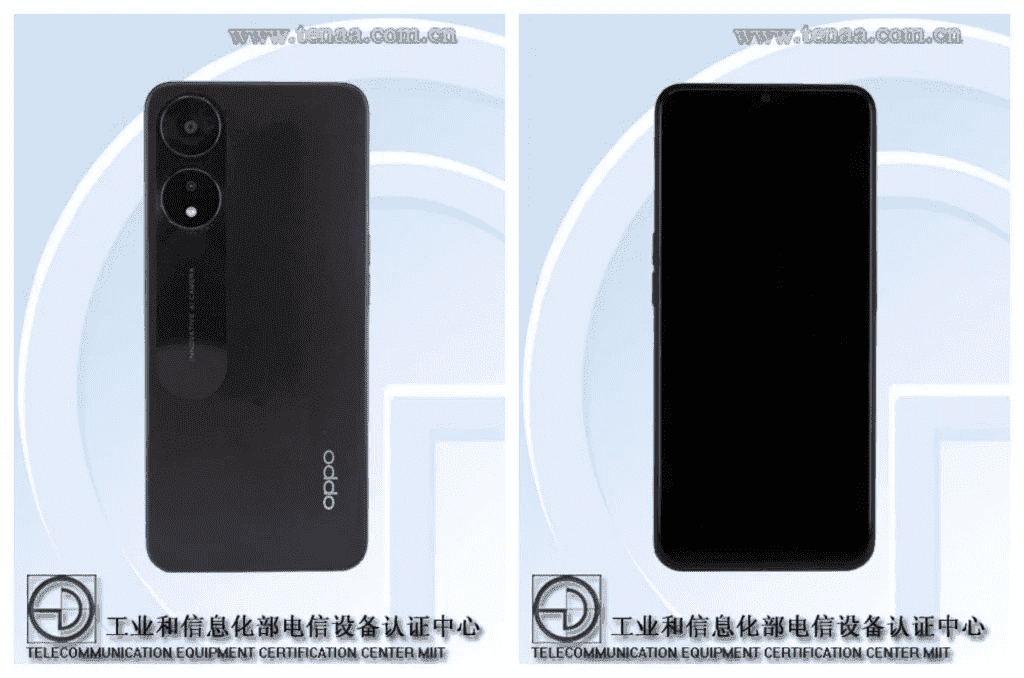 Under the hood, the phone packs a 2.2 GHz CPU. That sounds like the MediaTek Dimensity 700 SoC. It’s the market’s favorite option for budget 5G smartphones. It packs 2 x Cortex-A76 cores clocked at up to 2.2 GHz, and 6 x ARM Cortex-A55 cores clocked at up to 2 GHz. So we assume it’s a safe bet for this phone. Regardless of the processor, the phone comes in variants with 6 GB or 8 GB of RAM with 128 GB and 256 GB of Storage, respectively.

In terms of optics, the device has a 13 MP primary shooter and a 2 MP secondary snapper. On the front, the device will bring an 8 MP shooter for selfies and video calls. The Oppo phone will draw power from a 4,880 mAh battery and that’s the rated capacity. The typical will likely be set at 5,000 mAh. The smartphone will measure 163.8 x 75.1 x 8.0 mm in dimensions and weigh 188 grams.

For now, there is no word on this phone’s release. But we may see its launch in China pretty soon.