Microsoft is pretty aware of certain users’ reluctance to upgrade to newer Windows versions. After Windows XP, we can say that Windows 7 was one of the most popular versions of the OS. Despite the lack of solid support, there are still users running it on their computers. But as time passes, using this old version will become harder. Google has just announced that its popular web browser – Google Chrome – will no longer support Windows 7 and Windows 8.1 by  2023.

The search giant announced that from February 7th, 2023, Google Chrome will no longer support the old Windows versions. The date is subject to change since it takes the launch of Google Chrome 110 into consideration. However, it clearly says that Google is planning to drop support for old Microsoft OS with this update. We assume that it’s not a mere coincidence that the date is the same for the end of Windows 7 support from Microsoft. That’s a usual move as users insist on keeping the old OS. 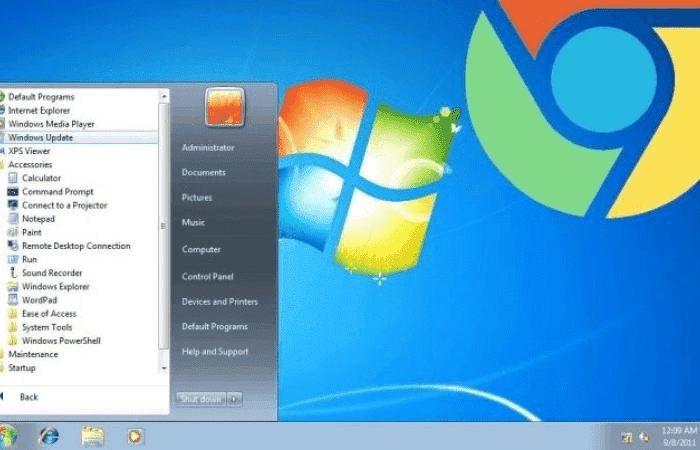 Windows 7 and 8.1 will lose Microsoft support, so Google is following with Google Chrome

When it comes to Windows 8.1, the controversial version that had not the same success as its predecessor, the support will be live until January 10, 2023. It’s a bit curious to see the newer losing support first, but again, Windows 8.1 wasn’t much of a success and we don’t think there are many users running it today. Microsoft is dropping support, so Google is following up with Google Chrome.

According to Google, you’ll need to make sure your device is running Windows 10 or newer to keep getting future Google Chrome updates. According to the company, those with an old version of Google Chrome will be able to keep using the browser. However, keeping an old version without updates is not a good idea. After all, you can become a target of hackers due to security flaws.

Currently, Windows 7 is part of a program dubbed “Extended Security Update (ESU)” from Microsoft. According to data from Statcounter, this OS version is still being used by around 10% of the user base across the globe. When it comes to Google Chrome, the web browser is present in around 68% of PCs.

Meanwhile, Google keeps pushing Google Chrome through its journey to version 110. The company recently rolled out version 107 with a bunch of novelties.