Earlier today, Qualcomm took wraps off the most-anticipated mobile chip, the Snapdragon 8 Gen 2. After the event, almost all major smartphone makers announced their intentions to launch phones with this chip onboard. Though many of them have been expected to issue similar statements, at least one brand surprised us. However, let’s see which brands will release high-end phones with this chip. 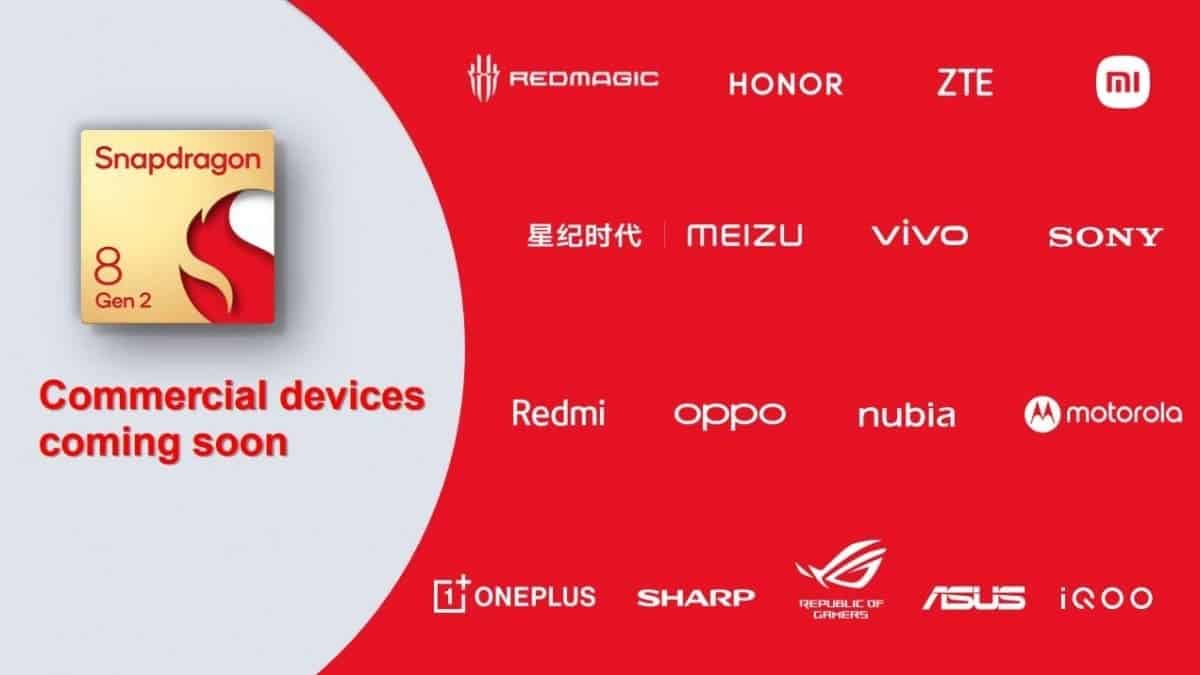 The Xiaomi Mi 13 has been the talk of the town for a while. It’s been rumored to be the world’s first handset to bring the Snapdragon 8 Gen 2 to users. Now, when the chip is out, there is every reason to think that those rumors were accurate.

The company’s Weibo channel stated that Xiaomi’s flagship would be the pioneer in the market. Moreover, the upcoming handset is scheduled to hit the stores as soon as the end of the month.

According to the official introduction, Xiaomi will deepen the collaboration between software and hardware. In effect, we expect unprecedented endurance and more. 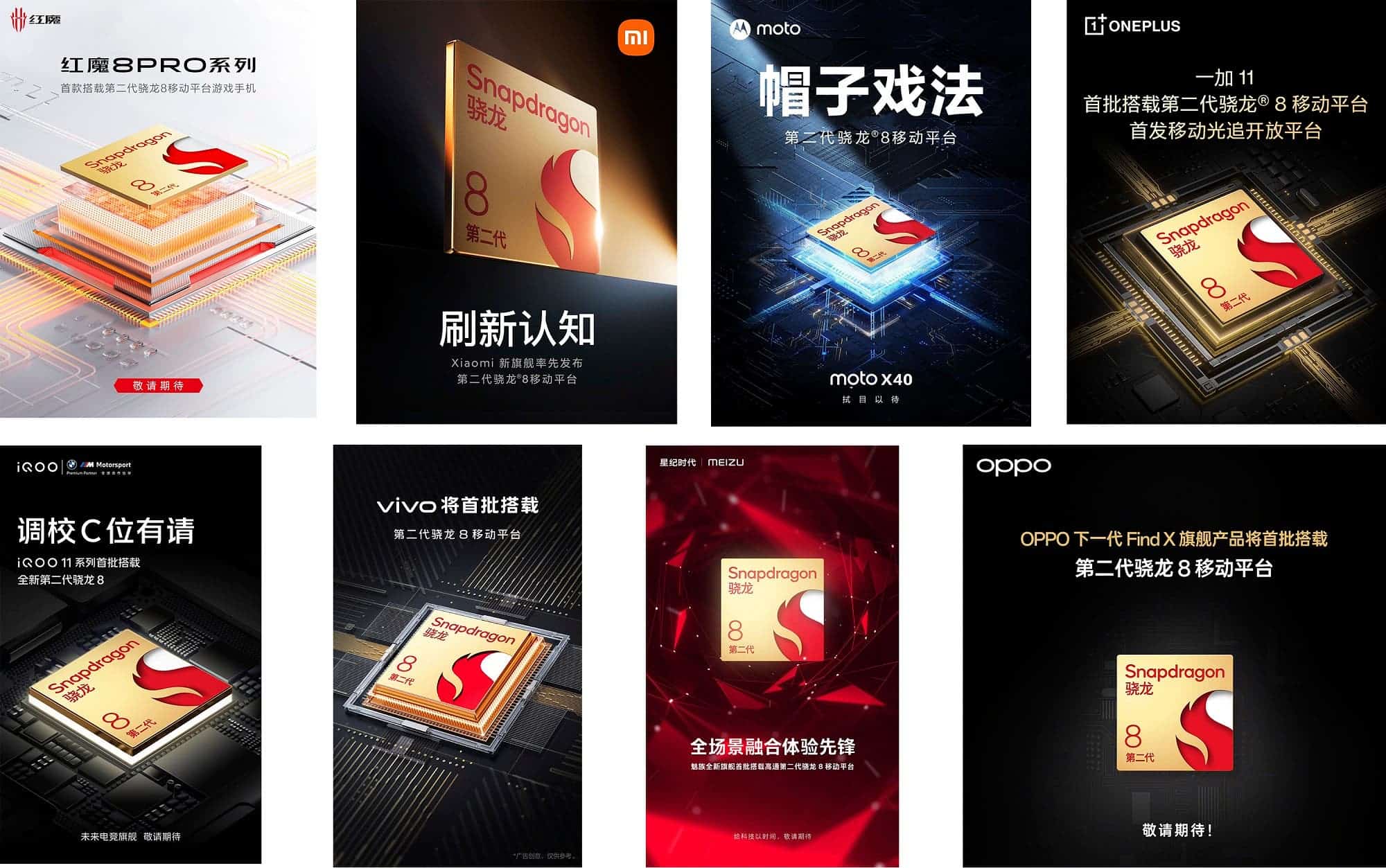 OnePlus also issued an announcement, confirming that the forthcoming OnePlus 11 series of flagship phones will sport the Snapdragon 8 Gen 2. Before this, we’d heard that this device would come with a 6.7-inch AMOLED punch-hole screen with a QHD resolution and support a refresh rate of 120Hz.

In addition, the OnePlus 11 will have 16GB of memory and a 5000mAh battery supporting 100W fast charging. The rear camera will include a 50MP primary camera lens, a 48MP super wide-angle lens, and a 32MP telephoto lens. At the same time, the front-facing camera will have a 16MP resolution. Not only that, the cooperation between OnePlus 11 and Hasselblad Imaging is indispensable. The new machine will add “Hasselblad Natural Color” to achieve a more natural and comfortable imaging performance.

This phone will be available for purchase in the first quarter of 2023.

Today, OPPO released a technical demonstration video, showing the picture effect and scope of the application of hardware ray tracing on mobile devices from various aspects. 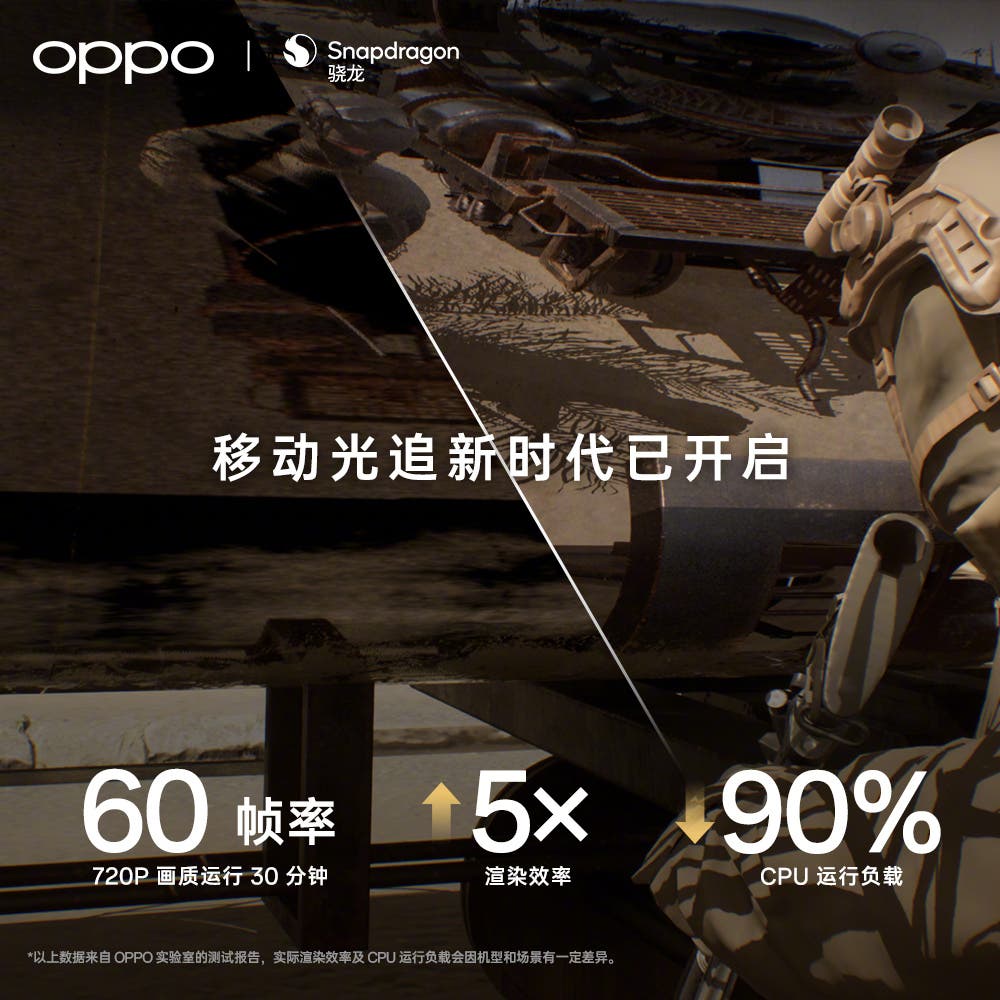 First, in complex open scenes, hardware ray tracing can improve the effect of multiple and surface reflections. This will also allow the camera to express local and external reflections on water or metal through light-tracing technology.

Also, before this, we knew that the first OPPO handset with the Snapdragon 8 Gen 2 chip was the new Find X, namely the Find X6.

Though we’ve been waiting for VIVO to be among the firsts, it won’t. The company said a VIVO smartphone would come with the Snapdragon 8 Gen 2. But it didn’t mention the exact launch time and a specific model.

However, the VIVO X90 series of flagship phones are set to come on November 22. At least one of the models in the family sport the Dimensity 9200 chip. But there is every reason to think VIVO will run a dual-chip strategy and bring a Snapdragon 8 Gen 2 version.

VIVO’s sub-brand confirmed that the iQOO 11 would feature the new chip. A VIVO phone with model number V2243A appeared on GeekBench. We guess it’s the upcoming model.

The benchmark platform shows that the machine has a single-core score of 1451, a multi-core score of 4681, a super-large core frequency of 3.19GHz, and an Android 13 operating system. In addition, this VIVO phone passed 3C certification at the beginning of the month. At that time, we learned that the device would come with a 120W charger.

The new iQOO 11 standard edition will also use a 2K resolution Samsung E6 substrate flexible straight screen. The latter will support a 120Hz refresh rate and PWM dimming. The highest version will have a 16GB+512GB storage configuration.

Lenovo will also join the fun with its Moto X40 flagship. This device has managed to get various certifications in China. So there is no doubt that it would be among the firsts.

From those certifications, we learned that the Moto X40 would use a 6.67-inch hyperboloid OLED screen with a resolution of 1080P and a hole for a selfie camera placed in the upper central area. 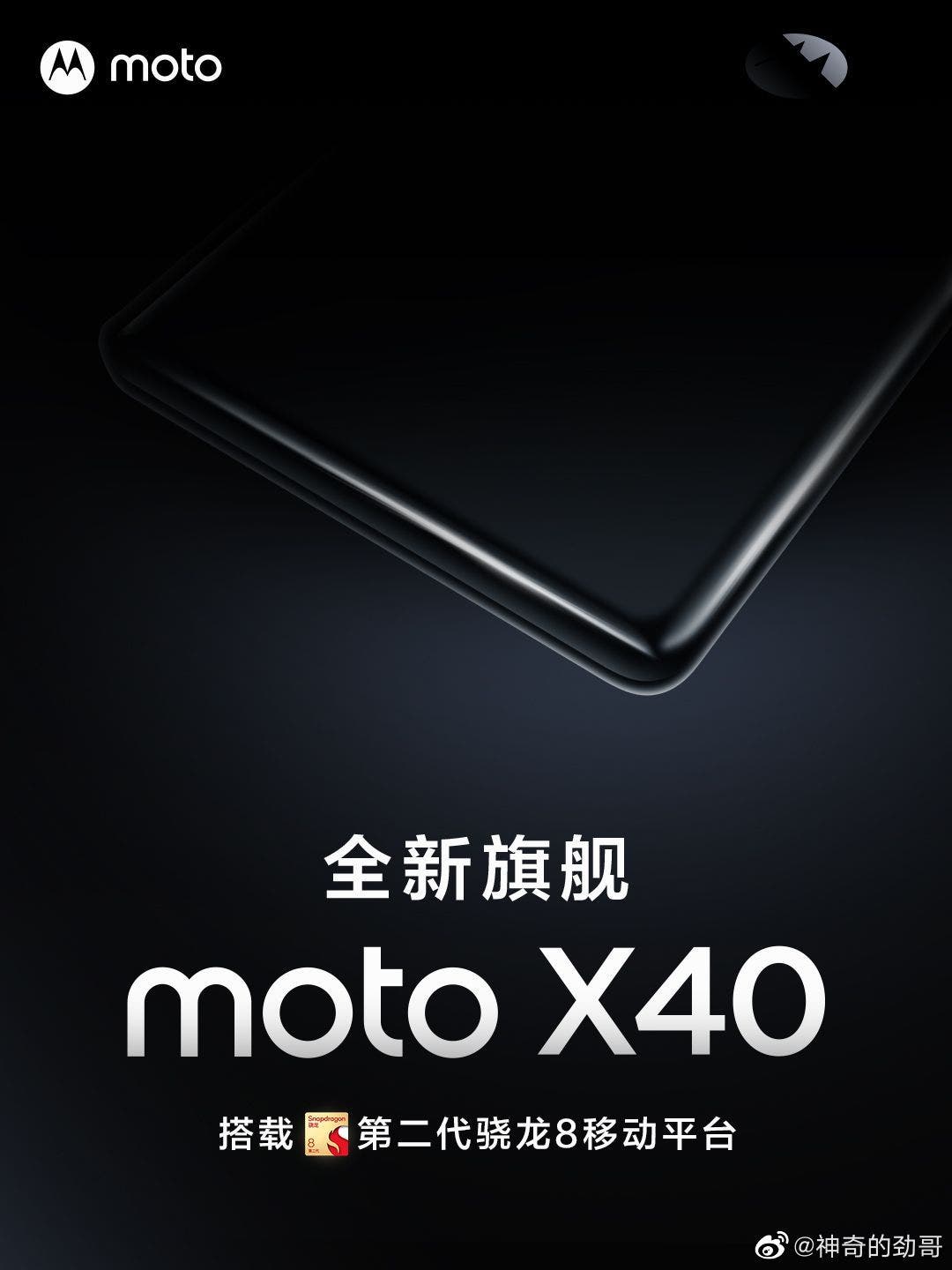 Apart from this, there would be a square-like triple camera module. The latter will include a 50MP main camera, a 50MP ultra-wide-angle lens, and a 12MP portrait lens.

The Red Magic 8 Pro will be the first gaming phone with the Snapdragon 8 Gen 2. There is still no extra information about this handset.

Surprised? We too! Yes, Meizu is returning. And this responsibility is put on the Meizu 19. The company’s poster lets us think that the handset can be linked with Meizu FlymeAuto, a car-machine system based on Meizu Flyme. 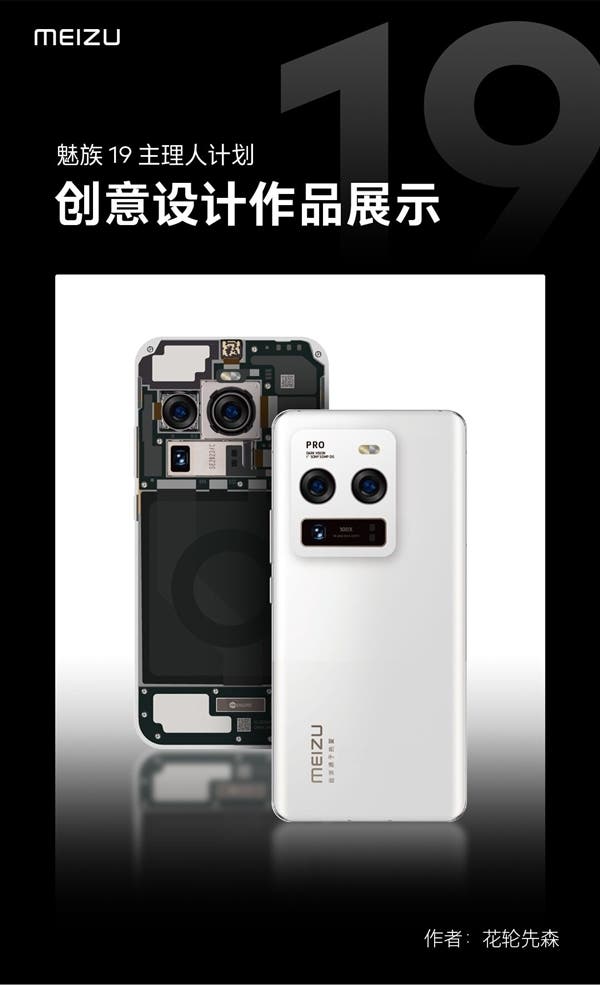 The Meizu 19 will meet with consumers next year. 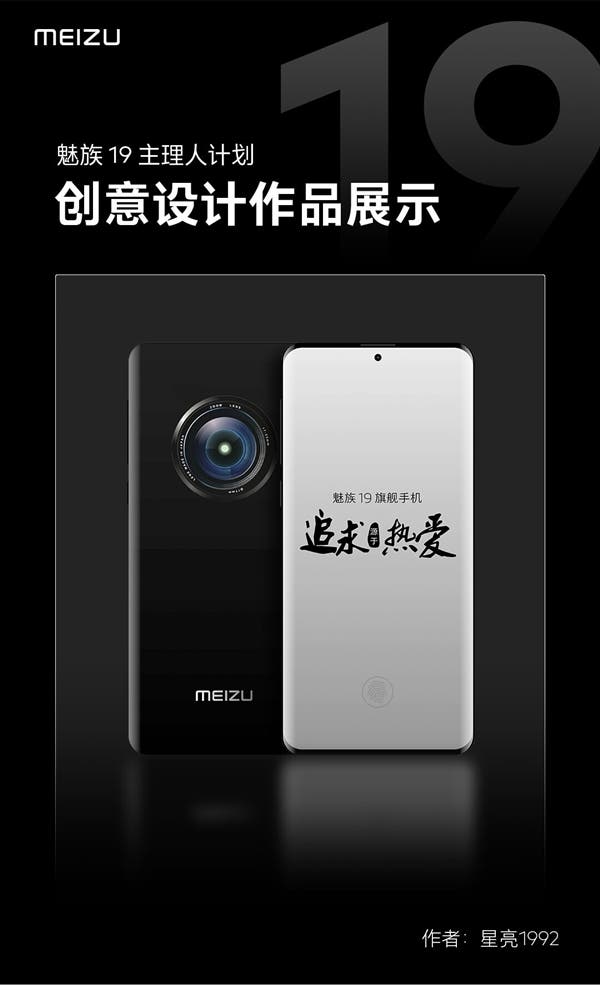 Next A Quick Buying Guide: How to Choose Your First Drawing Display