Valve surprised the world with its portable console, the Steam Deck. The handheld gaming console is basically a portable PC with impressive hardware that can run a huge library of Steam games. The list of supported games includes Marvel’s Spider-Man, Control, Tomb Raider, and even the poorly-optimized Cyberpunk 2077. At the first moment, the console had limited availability, but the open sales are already open in a few countries. It’s possible to grab one in the US, UK, or Canada. According to a new report, Valve will expand the availability of the Steam Deck. India does not seem to be part of this expansion, but the console will still come.

Steam Deck will launch in India soon, but not officially

The new info comes straight from Indian gaming insider Rishi Alwani. According to him, the portable console will soon make its way into the country’s gaming market. The Steam Deck will be available in local stores via the grey market. Moreover, he mentioned the pricing of the device. The console will start at INR 62,500 ($762) for the 64 GB variant. The 256 GB model will cost INR 77,000 ($944), whereas the 512 GB option will set you back by INR 90,000 ($1104).

Obviously, the prices are quite high when we look at the US pricing. However, it’s easy to understand, since the Steam Deck is not being officially sold and the grey market can set its price. Anyway, Alwani states that the prices will drop as soon as Valve starts shipping more units across various regions. This will help parallel importers to get the Steam Deck at a lower rate. In the end, this can reduce the price in India. For that reason, it may be a good idea to wait a little bit before getting this console at an inflated price. 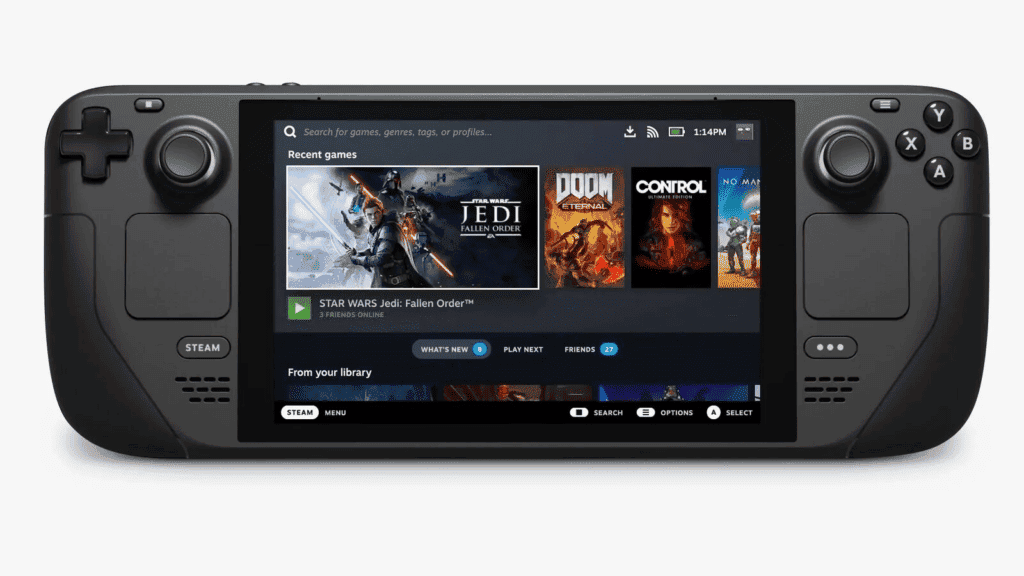 The Steam Deck has a 7-inch IPS LCD screen with HD resolution and a 60 Hz refresh rate. Under the hood, it boasts the AMD Zen 2 processor with an RDNA 2 GPU. It packs 16 GB RAM and up to 512 GB of SSD storage. You can also expand the storage with a micro SD card. The Steam Deck also supports BT 5.0 and Wi-Fi. It has a USB C port, USB 3.2, a 3.5 mm audio jack, and DisplayPort 1.4. The console offers access to Steam’s library as well as Xbox Game Pass and Epic Games Store.

Valve Steam Deck console has been launched at last