NVIDIA recently revealed its next big thing for the market of graphics cards with the RTX 40 series. The launch served only to show a small list of a family that is set to grow. On January 3, the company continues with the unveiling of the RTX 40 mobile graphics card series. The new GPUs will bring about a 30% performance increase.

The new report also brings details on the performance. As we’ve said above, the NVIDIA RTX 40 mobile graphics card, may bring about a 30% average performance increase over the past generation. Moreover, NVIDIA’s PPT also specifically points out that the RTX4070 is 15% higher than the RTX 3080 Ti. That’s interesting, after all, the new generation will make gaming even more interesting for those who are not picking the higher models in the family.

The info comes from Wccftech I got in touch with information from NVIDIA. There is a summary below that shows the performance gains with the new generation. 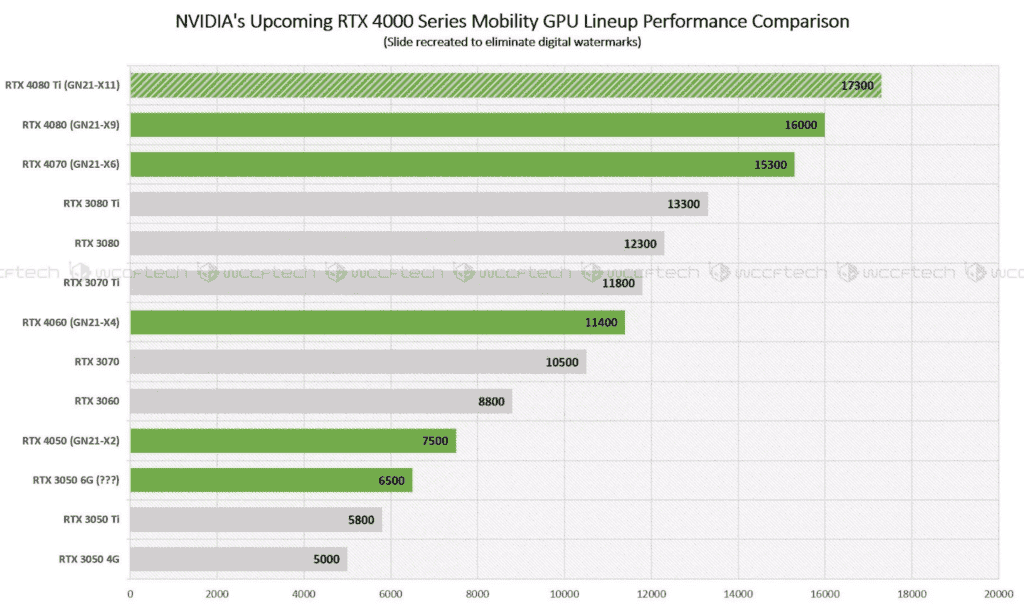 According to rumors, major manufacturers will introduce the first models with these GPUs in February. Most precisely, the Intel Raptor Lake-H processors will come with NVIDIA RTX 4080 graphics cards. The report also suggests new launches from Intel at the CES 2023. The company may bring more mobile CPUs to be paired with the new GPUs. The market for gaming laptops will be quite interesting in the next year.

Worth noting that Intel is also revamping its presence in the market of GPUs. Perhaps, in the future, we’ll see more laptops with the company’s ARC series coming alongside the NVIDIA variants.

Next WhatsApp and Messenger are the new bets after Metaverse's flop