ZTE is once again not welcome in the United States. However, this time around, the company can keep doing its business elsewhere. That said, the company is back with a new smartphone dubbed ZTE Voyage 40 Pro+. Despite the completely different name, the phone is a revamped ZTE Axon 40 SE. It brings a similar design, but the specs are better. This version also brings 5G and improves the cameras and the charging technology. It also has a Van Gogh-inspired variant.

As we’ve said, the phone is similar to the ZTE Axon 40 SE. It packs two circular camera islands at the back. However, the hardware brings upgrades. The main camera is a 64 MP shooter, and the two other modules are a 5 MP macro camera and a 2 MP depth sensor. There is also a better selfie snapper at the punch hole. The ZTE Voyage 40 Pro+ has a 16 MP module over the 8 MP on the SE. 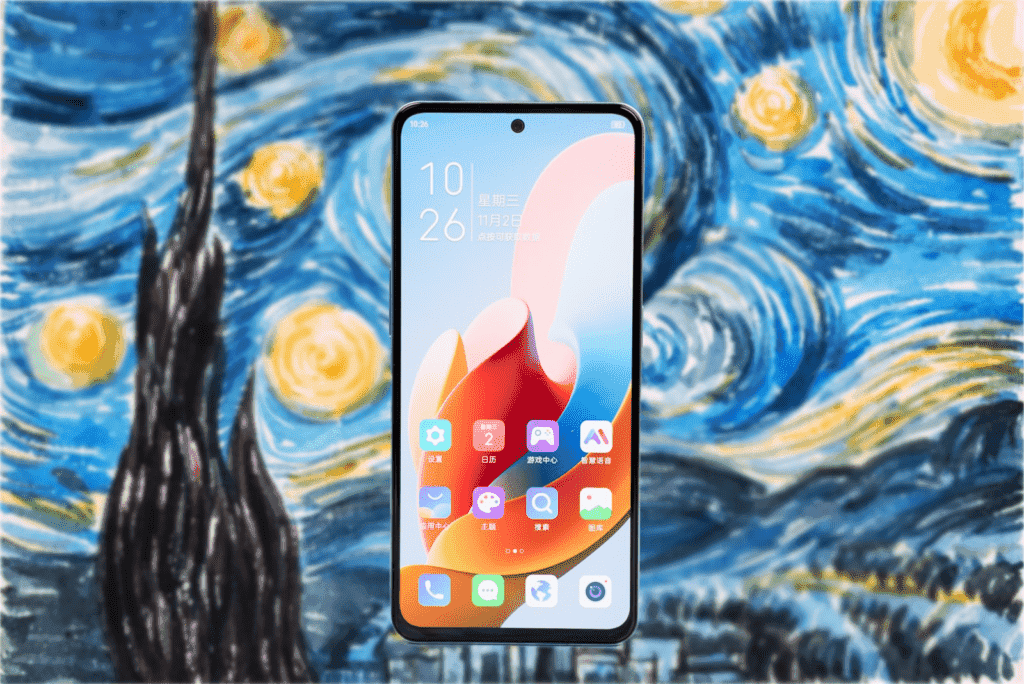 Another upgrade is in the chipset department. The company ditches the Unisoc T618 for a MediaTek Dimensity 810 SoC. The chipset is more capable and also brings 5G connectivity. The company also doubles the RAM to 8 GB and brings up to 6 GB of virtual RAM. The storage is also 256 GB, and the phone offers a micro SD card slot.

Other improvements include a 4,510 mAh battery that charges fastly at 66W. It’s a slight upgrade over the Axon 40 SE that had a 4,500 mAh cell but the fast charging is a great improvement when the old phone had a 22.5W charger. The new model is also a bit heavier, but you won’t mind considering the hardware upgrades.

The ZTE Voyage 40 Pro+ specs are built around a 6.67-inch AMOLED screen with 2,400 x 1,080 pixels. The phone has 100% DCI-P3 coverage and a brightness peak of 770 nits. The phone sells in China at CNY 2,200 which is $305. It’s available in Sky Blue and Twilight Gray colorways. The actual sales will begin on December 12. Those who prefer a unique look can opt for the Starry Night variant with Van Gogh’s artistic style.

Previous Google was sued by 130,000 publishers in the UK for abusing online advertising dominance

ZTE Nubia Z50 Series Is Unveiling Soon: A True Competitor to the Xioami 13?