As you know, the iQOO 11 should come on December 2. But like Xiaomi, VIVO postponed the release of its next-gen smartphone, iQOO 11. None of these two explained why they push back such big days. However, there were some assumptions that it was related to the death of former Chinese President Jiang Zemin. As for now, we’re still waiting for the next official release date.

Before that happens, iQOO published a new poster. The latter reveals some details concerning the battery capacity and the charging speed. For instance, now, we know that the Pro variant will come with a 4700mAh battery. What’s more interesting, it will support 200W fast charging. 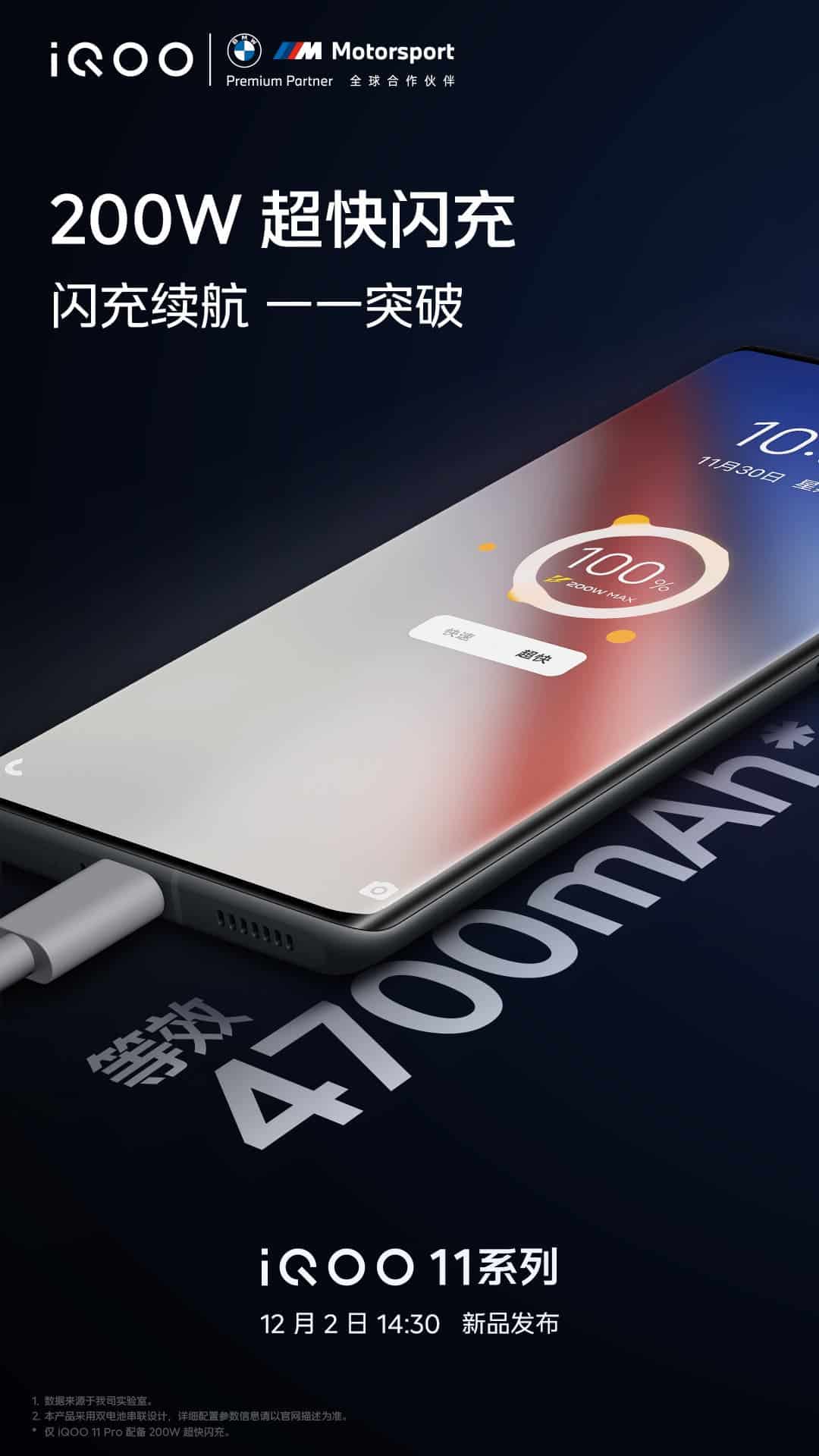 Compared to the vanilla variant’s 5000mAh battery, the capacity is smaller. But the standard edition will support only 120W charging. As for numbers, the iQOO 11 Pro will charge 100% in around 15 minutes. The same process will take 25 minutes for the regular model.

Also, from the poster, we can learn that it will have a curved display. We can even clearly see the antenna ribbons on the frame. Thus, the Pro model will come with a metal frame.

Before this, we’d heard that the Pro model would sport a 6.78-inch E6 AMOLED display with a 144Hz refresh rate. These parameters are identical to those of the standard edition. But the iQOO 11 Pro will use a curved 2K display, whereas the vanilla variant will have a flat screen with a 2K resolution.

The camera on the back of the Pro model will be another highlight. The phone will feature a 50MP f/1.75 primary Sony IMX866 sensor, a 50MP ultrawide lens with a 150-degree FoV, and a 13MP portrait sensor.  On the opposite side, we can find a 16MP selfie shooter.

Of course, inside, the series will be very powerful, coming with the Qualcomm Snapdragon 8 Gen 2 SoC. There will be many storage options, such as 8GB and 12GB of memory and 128GB, 256GB, and 512GB of native storage.