Xiaomi has just released 13 and 13 Pro. And the phones are making headlines for their cameras. But it seems like their moments of fame might be a little too short. How so? ZTE Nubia Z50 Series is set to arrive on December 19. And ZTE is going all in on the camera department, which can threaten Xioami 13’s road to success. 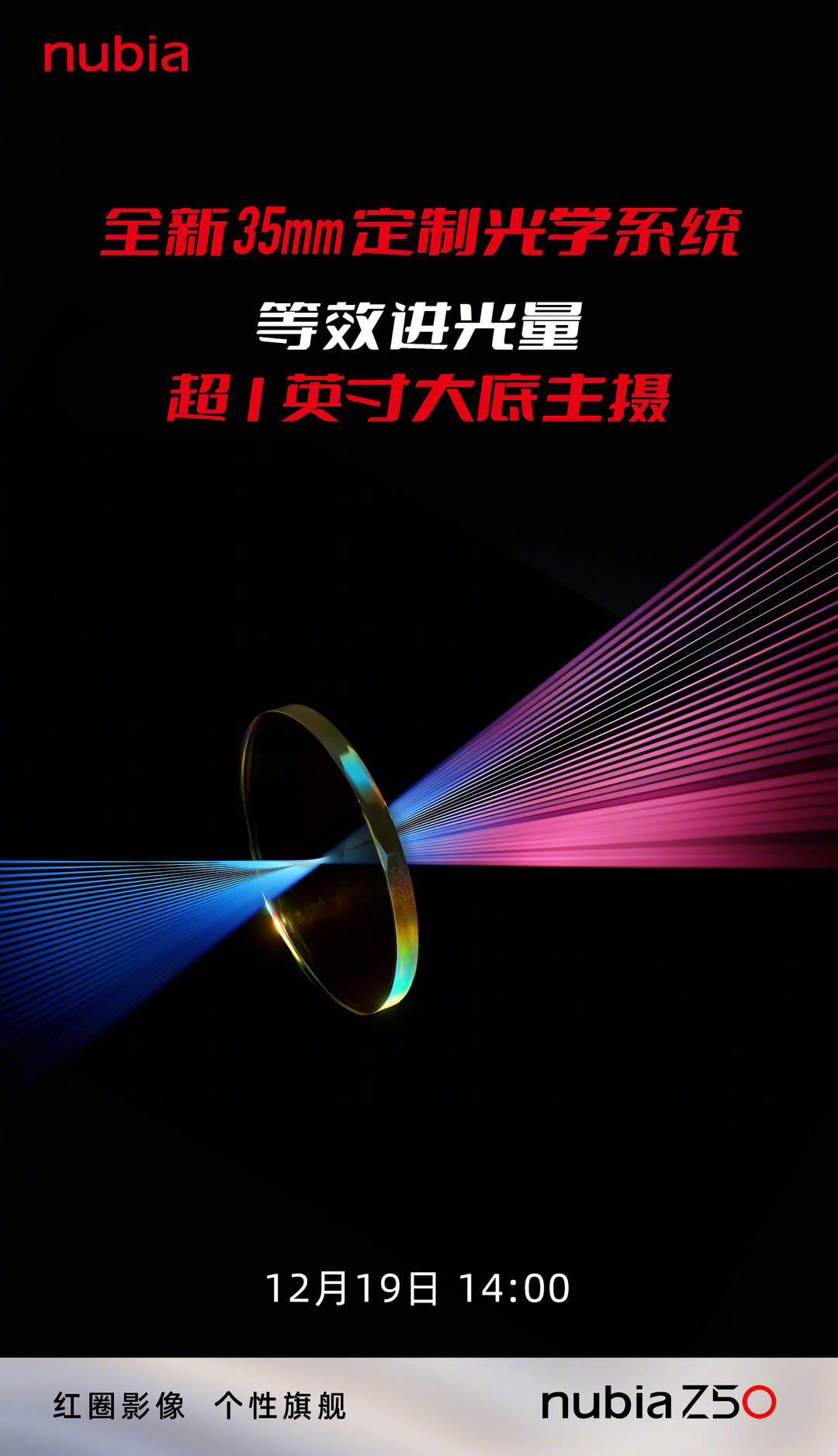 ZTE has officially announced the Z50 series on its official Weibo channel. And according to the announcement, the lineup will have a device with a custom-made camera.

There are no details about what sensor it will be. But the announcement did mention that the sensor will have light input of a 1-inch sensor. And in case you missed it, the Xioami 13 Pro boasts Sony’s famous IMX989 sensor, which is a 1-inch sensor.

Furthermore, ZTE revealed that the camera would feature a 35-millimeter equivalent focal length. And in comparison, the Sony IMX989 features a focal length equivalent to 23 millimeters. 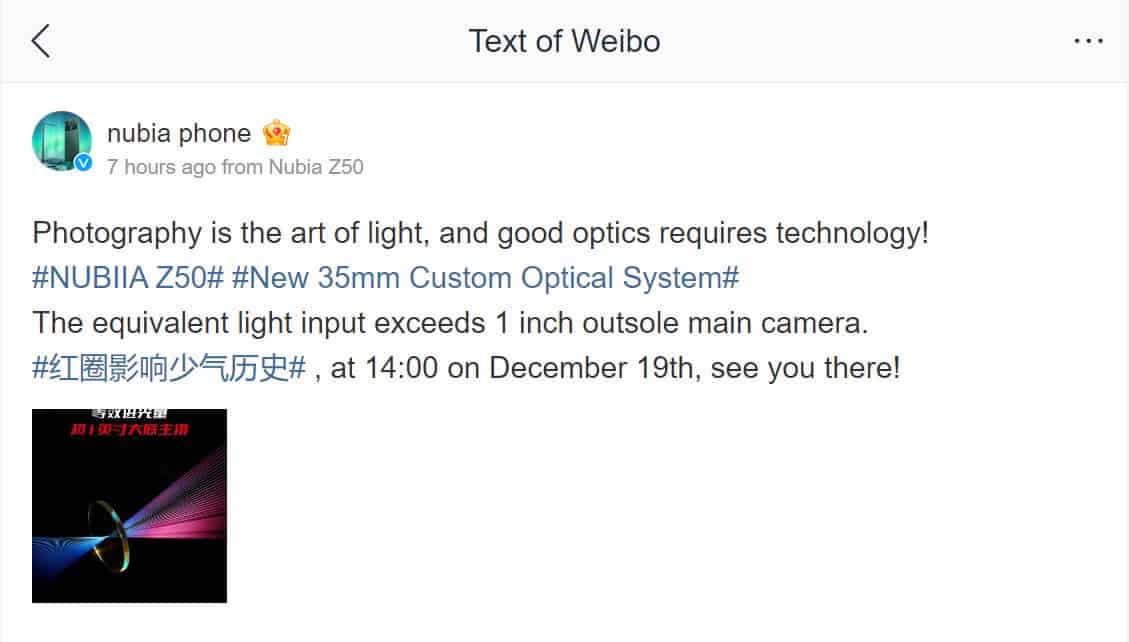 Decoding the Announcement From ZTE

Nubia’s announcement did not confirm a 1-inch sensor on the ZTE Nubia Z50. Instead, the announcement is worded in such a way that it hints that the sensor might not truly be 1-inch in size. Rather, we might see a shooter with some software improvements and fancy lenses. 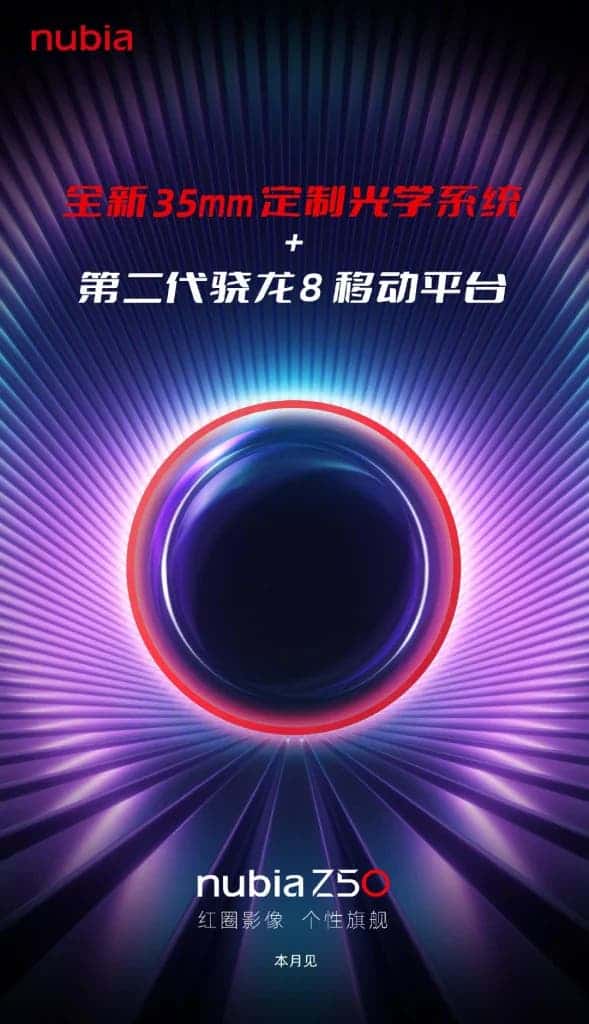 Nonetheless, you still need to wait for the event to get some concrete info about the Z50 lineup. And don’t worry; we will keep you updated if more teasers come up in these seven days.

Previous Android 13 is now rolling out to these Sony flagships