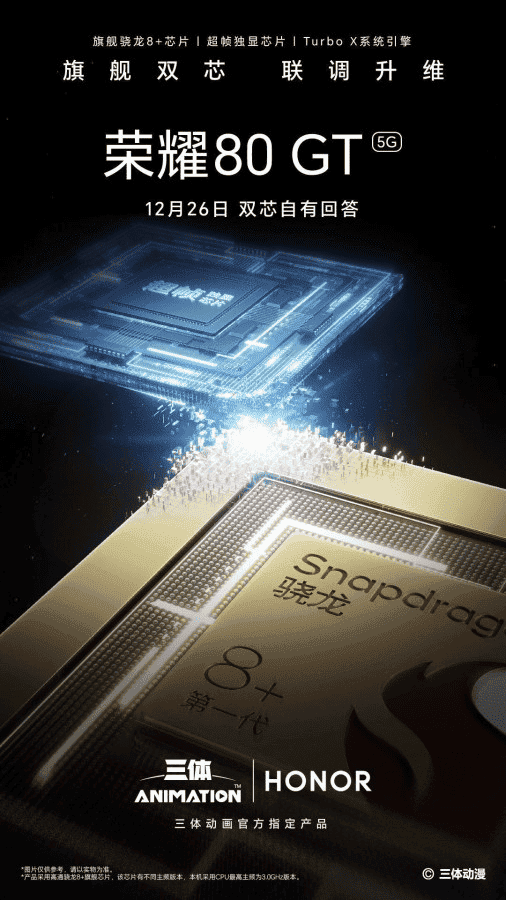 Besides the Honor 80 GT, the company also confirmed the design of the Honor V8 Pro – a new tablet launching alongside the phone. As you can expect, the Honor 80 GT is a gaming handset, hence the signature “GT” branding. The phone was also part of a gaming announcement in China. It confirms the presence of the Snapdragon 8+ Gen 1 SoC along with a dedicated display chip. This won’t be the first industry, and similar to some iQOO phones, the dedicated chip will reduce the stress of the GPU ensuring the display’s high refresh rate.

Worth noting that rumors state that this is the underclocked Snapdragon 8+ Gen 1 SoC. Its prime and big cores run at lower clock speeds, but at the end of the day, the performance is still of a flagship. The device will easily handle anything on PlayStore without any hassle. 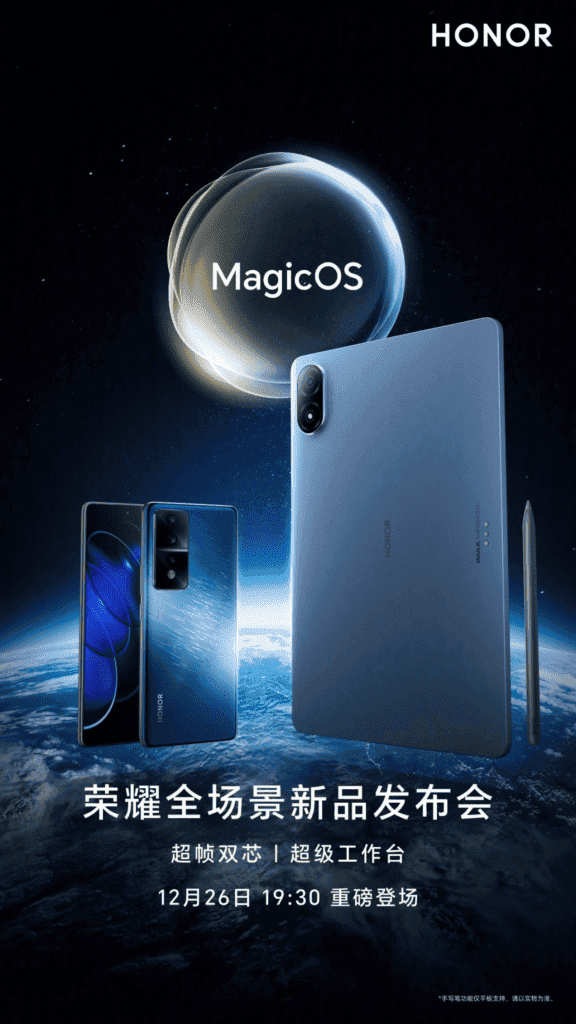 Going for the design, the Honor 80 GT brings a big rectangle at the back for the camera island. The rectangle is split into two portions – the upper has two cameras whereas the lower houses another sensor and the LED flash. The volume rocker and power button are on the right side of the phone. Judging by the design of the power button, this does not double as a fingerprint scanner. The panel should be a flat OLED with an under-screen camera. There is also a tiny punch-hole camera at the top center of the panel.

The design of the phone is easily distinguishable in comparison to the other Honor 80 series phones. Also, despite the gaming approach, it looks more like a regular smartphone than a gaming phone from a gaming brand. As per the rumors, the Honor 80 GT will have a very appealing price. The phone will also bring 66W fast charging and a Full HD+ resolution with up to 144Hz refresh rate.

In addition to the Honor 80 GT, the company will also introduce the Honor Pad V8 Pro. It’s the first tablet with an IMAX Advanced certification, the device also has a stylus and pogo pins for the external keyboard.

We expect the company to intensify its marketing campaign ahead of the launch that happens on December 26. The big question is whether this phone will escape China. So far, Honor is trending in China with a lot of good releases. But in the global markets, the company is moving in slower steps.

Previous 5G Base Stations: China soars as the rest of the world lags behind