While Xiaomi’s Lei Jun thinks the era of gaming smartphones is over, Nubia has the opposite opinion. Today, it released the next-gen series of top-end phones in the face of the Red Magic 8 Pro and Pro+. It seems there is no rival on the market, and the prices start at 3,999 yuan ($575).

The look of the Red Magic 8 series of handsets fully corresponds to the idea of gaming smartphones. They integrate design elements of power and sci-fi. They are very tough gaming models, with a thickness of 8.9mm. 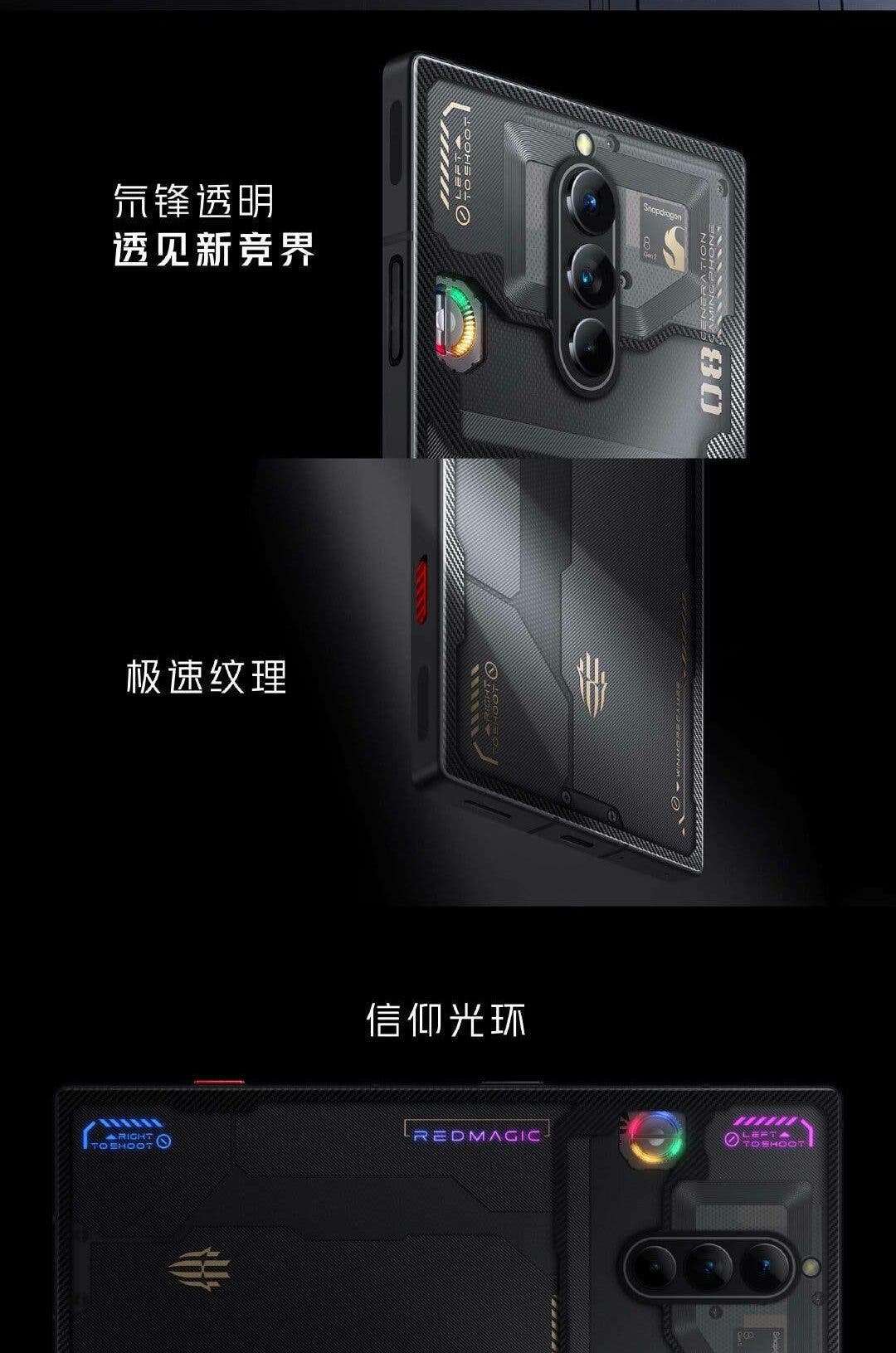 Inside, this series houses the Qualcomm Snapdragon 8 Gen 2 chip. It is accompanied by the full-blooded version of LPDDR5X memory and UFS4.0 flash storage. The trinity helps it score 1,348,653 points in AnTuTu. There is a self-developed Redcore R2 game chip. The latter controls sound, light, shock, and touch effects and supports mobile ray tracing.

As you guess, such powerful hardware requires good heat dissipation. The phones come with the ICE 11.0 magic cooling heat dissipation system. It has a built-in fan + full-through air duct. This is the first 3D ice-level dual-pump VC liquid cooling system in the segment. Besides the graphene under the screen, there are also as many as 10 layers of heat dissipation materials. They can almost instantly drop the surface temperature of the body by 16°C. We should also point out that a Magic GPU self-developed frame stabilization engine is needed to optimize frame drop scenarios.

Another highlight is the 6.8-inch 2480×1116 BOE flexible OLED straight screen. It is the world’s first straight screen with an under-screen camera. Due to the latter, the screen-to-body ratio reaches 93.7%. Its left and right border are incredibly narrow at 1.48mm. The display has all the high-end parameters of PWM dimming + DC dimming, 120Hz refresh rate, 960Hz touch sampling rate, peak brightness of 1300nit, 10bit color depth, 100% DCI-P3 color gamut, etc.

As said, there is an off-screen camera. It has a 16MP resolution. On the opposite side, we have a triple camera module. The main camera has a 50MP resolution and uses the Samsung S5KGN5 CMOS with a 1/1.57-inch super outsole. The rest two are 8MP ultra-wide-angle and 2MP macro lenses.

Both models run the latest REDMAGIC OS 6.0 with tons of optimizations.

The Red Magic 8 Pro also uses the Red Magic Game X Gravity platform. The latter supports aggregated host streaming and cloud games. It can also cast mobile games to the big screen and use the keyboard, mouse, and handle to play.