In the mobile chip industry, Apple Bionic chips have always been on top of their game. When it comes to the mobile chips with the most powerful performance, then the answer would be easily Bionic chips. Even the A15 Bionic did much better than its Android counterpart. Also, the Bionic A16 which is a small upgrade from the A15 also beats the Snapdragon 8+ Gen 1. However, the Bionic A16 appears to trail the latest flagship processor, Snapdragon 8 Gen2. According to the tests conducted by @GoldenReviewer on Xiaomi 13, the performance of the Qualcomm Snapdragon 8 Gen 2 processor has been significantly improved over the Snapdragon 8 Gen 1 or Snapdragon 8+ Gen 1. 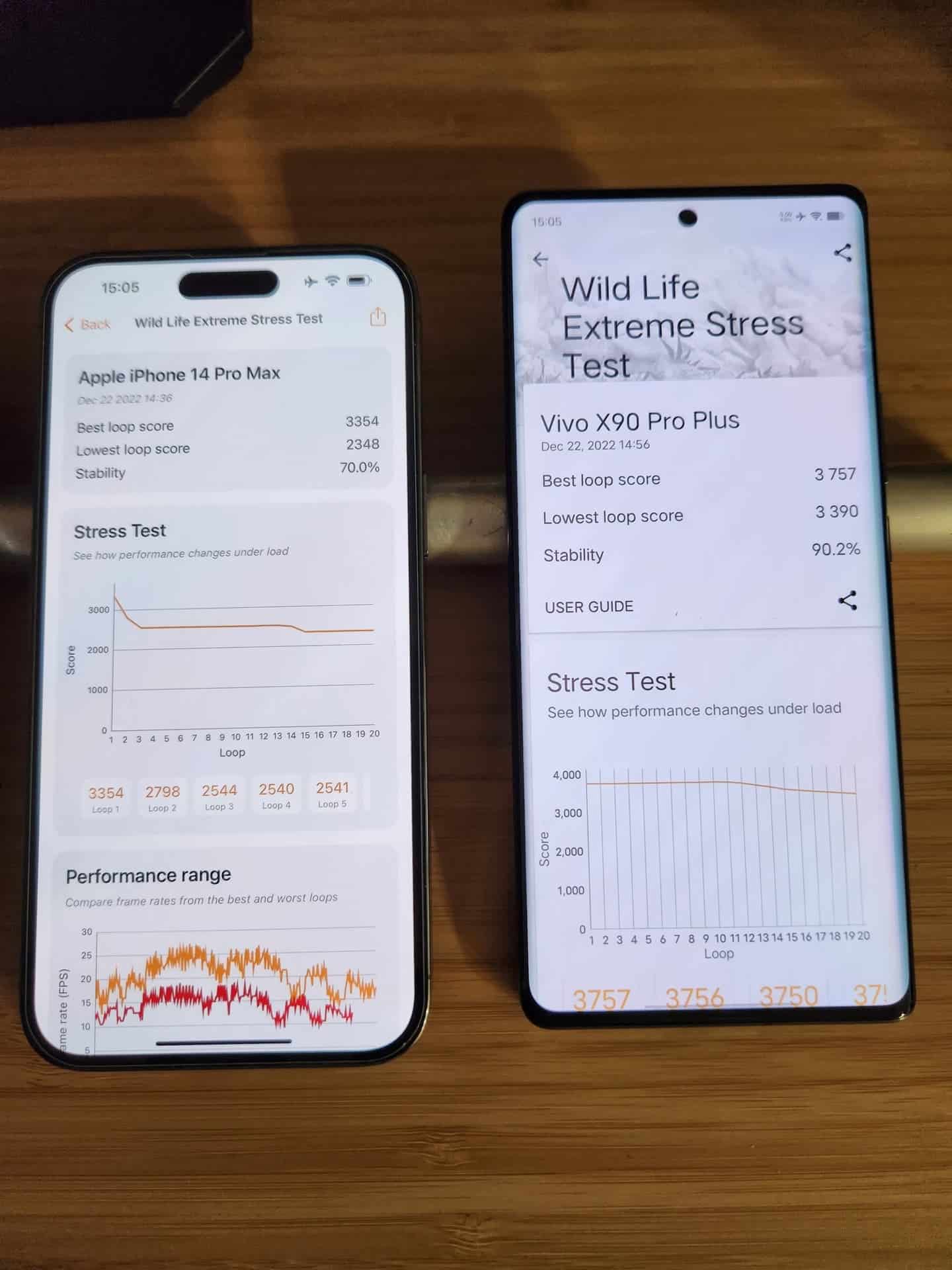 The overall performance has increased by 10%, but the core running speed is equivalent to that of the Snapdragon 8+ Gen 1. Thus, there is no need to worry too much about battery life and heat. @GoldenReviewer reveals that the Snapdragon 8 Gen2 SoC on the Xiaomi 13 comes with higher CPU efficiency. Despite a 10% increase in overall performance, the efficiency of the large core seems to be on par with the Snapdragon 8+ Gen 1. In terms of the core, the A715 has a slight improvement on the basis of the previous A710.

On the other hand, the latest news says that Apple’s A17 Bionic SoC to launch next year will focus on improving battery life than processing performance. This is mainly due to the process upgrade from 5nm to 3nm. This can reduce power consumption by about 35%.

Apple had previously considered adding features such as ray tracing to the A16 chip, but due to brain drain, it ended up being a simple upgrade. In addition, the performance comparison between the Snapdragon 8 Gen 2 and the Apple A16 chip has been released. In the 3DMark Stress Test, the running score of the Snapdragon 8 Gen2 is 1.4 times that of the Apple A16. The test results in 3DMark Wild Life Extreme show that the Snapdragon 8+ Gen 1, Gen 2 and A16 Bionic scores 2792, 3339 and 3701 points respectively.

Read Also:  Qualcomm Confirms it Can Still Ship Snapdragon Chips to Huawei Even After the New US Ban
Source/VIA :
In Chinese

Samsung, Google and Qualcomm team up to fight Apple