In a few days, on January 6, HTC will demo its new VR headset, the HTC VIVE XR Elite. The latter will be the company’s flagship head-mounted display device with mixed reality.

The HTC VIVE XR Elite is assumed to cost 1.79 million won (about $1,400), which is $100 cheaper than the listing price of competitor Meta Quest Pro.

Today, Brad Lynch showed the renders of the upcoming mixed reality headset and disclosed its key features. It turns out that the HTC VIVE XR Elite will provide a battery life of up to 2 hours. The battery is located at the back of the head. It is connected to the headset through a USB interface. This VR headset also supports hand tracking.

This is a standalone headset and can be used without a PC or a smartphone. On the other hand, users will be able to connect it to a gaming PC. Once done, it can stream PC VR games through a cable or Wi-Fi like the Quest and Pico headsets.

There will be two 1920 x 1920 resolution 120Hz refresh rate screens. Plus, the headset will come with four black and white tracking cameras and a color camera. The latter can achieve a color passthrough of mixed reality, while the depth sensor is for better color see-through. The depth sensor will allow for easier room scanning. But its main rival, Meta is working on automatic room scanning even without an extra sensor. Generally, color penetration allows users to read text on the display or smartphone without taking off the headset. In this sense, the HTC product will compete with the Quest Pro, which did the same a few months ago. 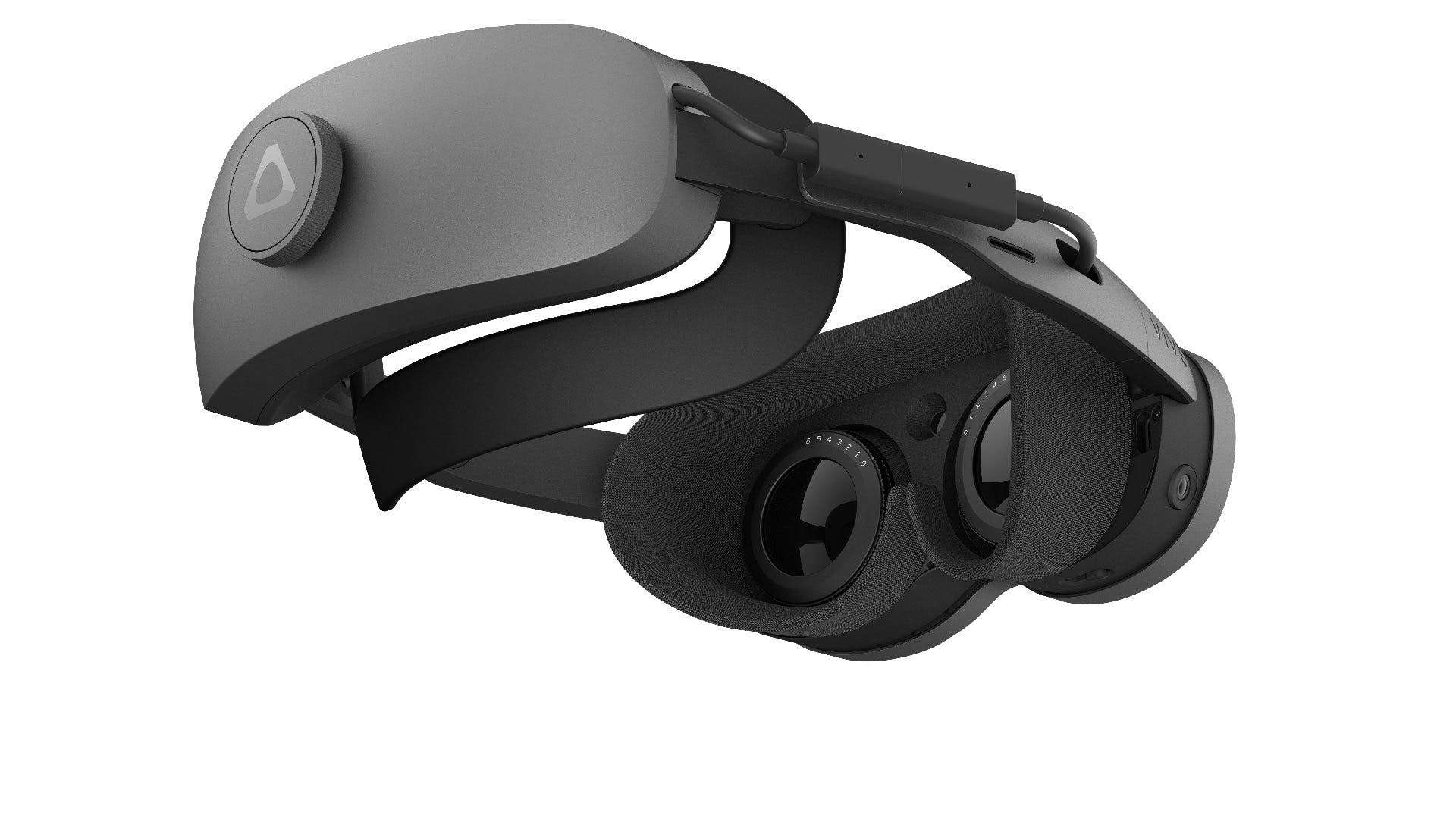 Lastly, HTC has previously said that the new headset would be lightweight, compact, powerful, and have a higher dynamic range.