We are just a few weeks away from the official launch event of the Galaxy S23 series. And with the launch of the flagships, it will be pretty easy for you to ignore a bunch of other Galaxy devices. But the good part about those phones is that some of them will end up being the best-selling Android phones of 2023!

Take the Galaxy A54, for example. It is just a few days away from being launched in the global market. To be precise, it will debut on January 18. And it is not just another mid-range Galaxy A series phone that will be a waste of your time. In fact, the Galaxy A54 is the best alternative to the standard Galaxy S23 at half the price!

Galaxy A54 Has a Better Value Proposition Than the Galaxy S23

Anyone looking to buy a flagship often disregards the “value proposition” factor of the phone. And that is how they end up paying more than they have to. The Galaxy A series smartphones have been the best-selling devices of Samsung. And judging by past trends, the upcoming Galaxy A54 will sell better than the standard Galaxy S23. 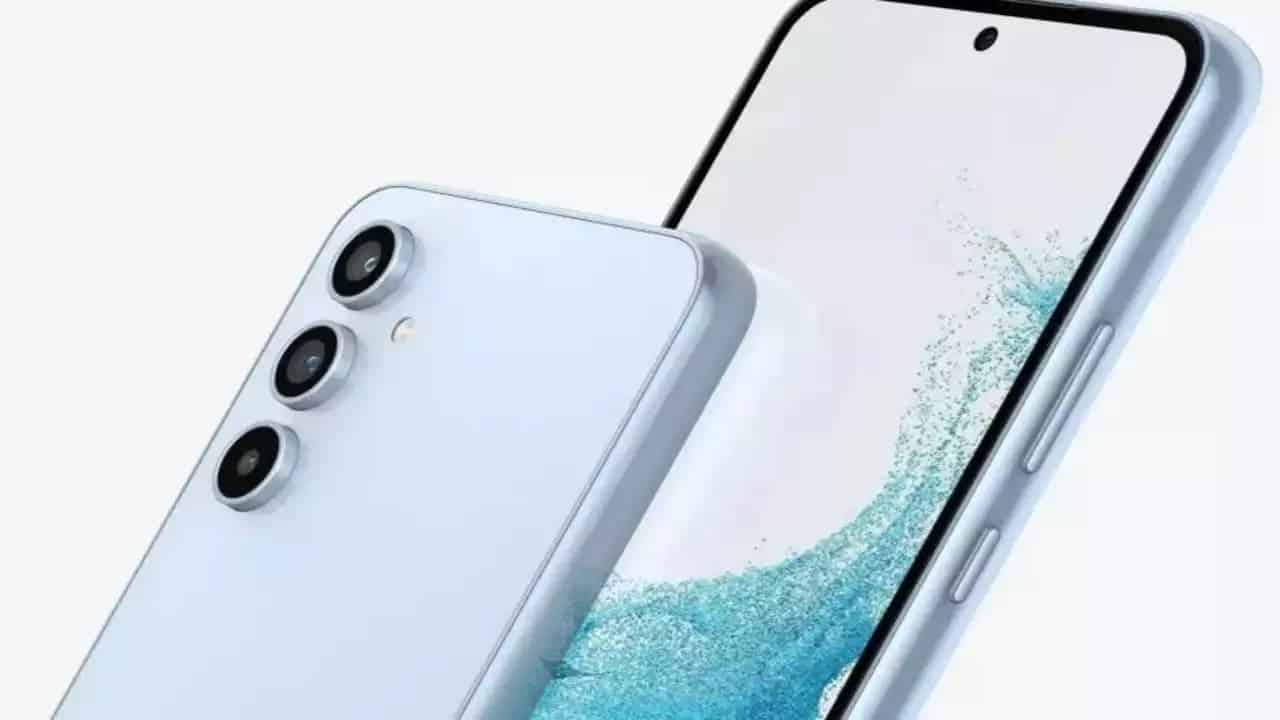 For example, the 2022 Galaxy A33 and Galaxy A53 were the devices that Samsung was really proud of when it came to overall sales. And there are some good reasons behind the larger number of sales. To illustrate:

Mid-Rangers Do Not Lack Many Premium Features Anymore

There are not many premium features exclusive to the flagship series of smartphones these days. In fact, most of the mid-rangers offer the same premium bells and whistles found in the standard flagship devices. And the case is pretty much the same for the Galaxy A54 and standard Galaxy S23.

If you didn’t notice already, we are going through some of the toughest economic times in a while. And the idea of spending two times more than $400 on a new phone is not feasible for many. Well, the standard Galaxy S23 and the Galaxy A54 are good examples in this regard.

The A Series Looks Pretty Identical to Standard Flagships

This time, Samsung made it much clear that mid-range smartphones should not look that far apart from the flagships. The Galaxy A54 series is like an exact copy of the standard Galaxy S23. In fact, if you have A54 on the one hand and the standard S23 on the other hand, you might not be able to tell the difference. 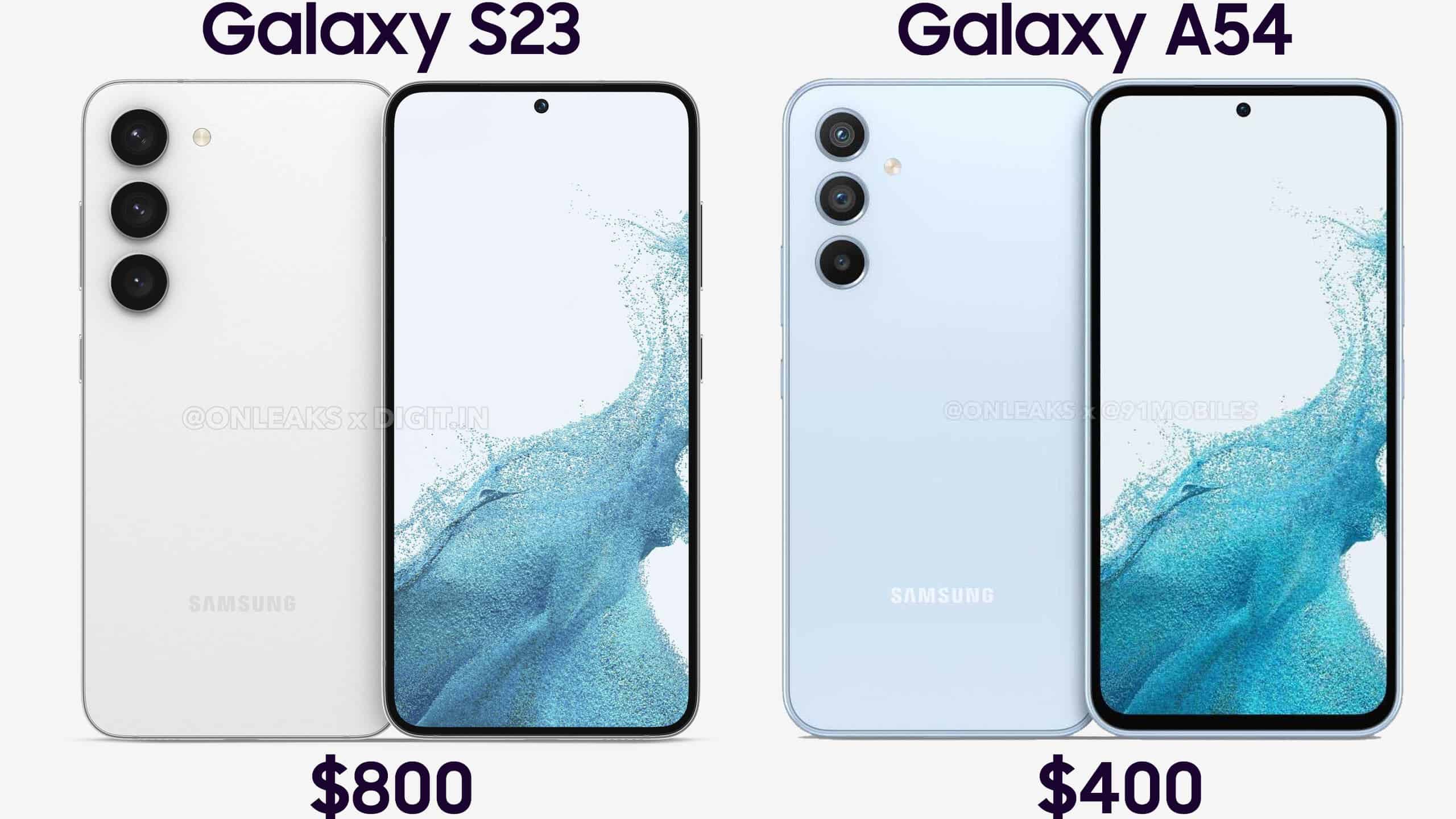 Expected Specs of the Galaxy A54

The Galaxy A54 does not miss out on any of the crucial features. And you will not even regret getting this phone over the standard Galaxy S23. It offers a lot for the expected price of $400.

The Primary Concerns Against Galaxy S23: Software and Performance

Most that look forward to flagship smartphones are all about performance. And the mid-rangers do not particularly have a good name in that regard. Well, the case will be different for the Galaxy A54. In fact, we believe that the performance will be pretty close to the standard Galaxy S23, if not the Galaxy S23 Ultra.

Samsung has been working a lot on its SoC department. The upcoming Exynos processors could take care of the performance issues that they associated with in the past. And the soon-to-be-unveiled Galaxy A54 might not disappoint a whole lot in that regard. 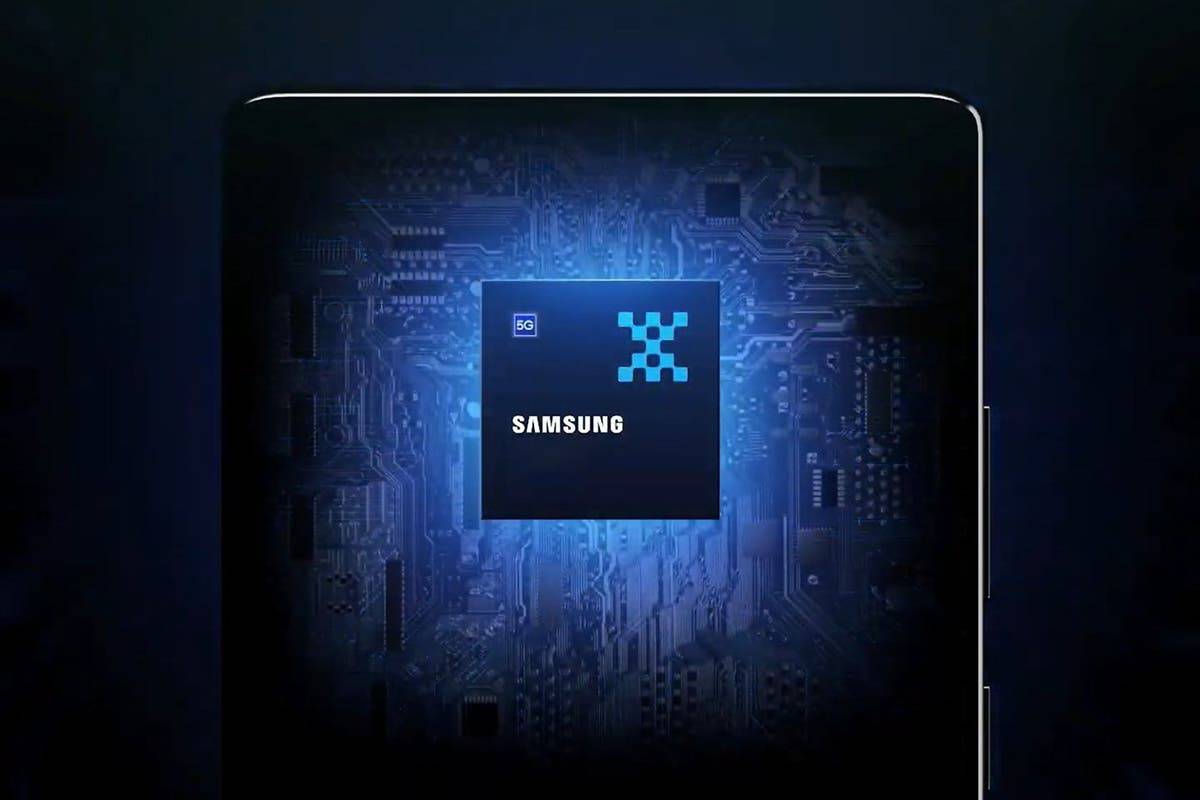 Regarding software, the Galaxy A54 is already debuting with Android 13. Although, it might not come with the One UI 5.1 that the standard Galaxy S23 will come with. Still, Samsung promises to offer 4 years of major software updates. So, the phone will soon be updated to Samsung’s latest One UI skin.

What about the camera? According to a recent report, the Galaxy A54 will come with a new 50 MP primary camera. And recent leaks have also suggested that the standard Galaxy S23 will have the same hardware as last year. So, the Galaxy A54 does have a fair chance of standing pretty much with the S23 in terms of camera performance.

Closing Remarks on Galaxy S23 and Galaxy A54

Of course, all these opinions will not stand valid if Samsung does not fix the old performance issues in the A series. But if Samsung does take care of them, the Galaxy A54 will be a better deal than the regular Galaxy S23. Even so, the “boringly perfect” Galaxy S23 will not do badly in sales.