New information has been released from WhatsApp’s Android beta channel, and it relates to the option of directly retrieving past chat histories without using a cloud service.

According to the WABetaInfo website, the new feature is included in version 2.23.2.7, but as usual, it is still being worked on and is only partially available. Additionally, we have screenshots of it.

According to the screen below, which will be used to launch the section for transferring chats by scanning the QR code, all of this will reportedly be possible through the use of a QR code.

WhatsApp beta on Android: the transfer of chats without Google Drive arrives 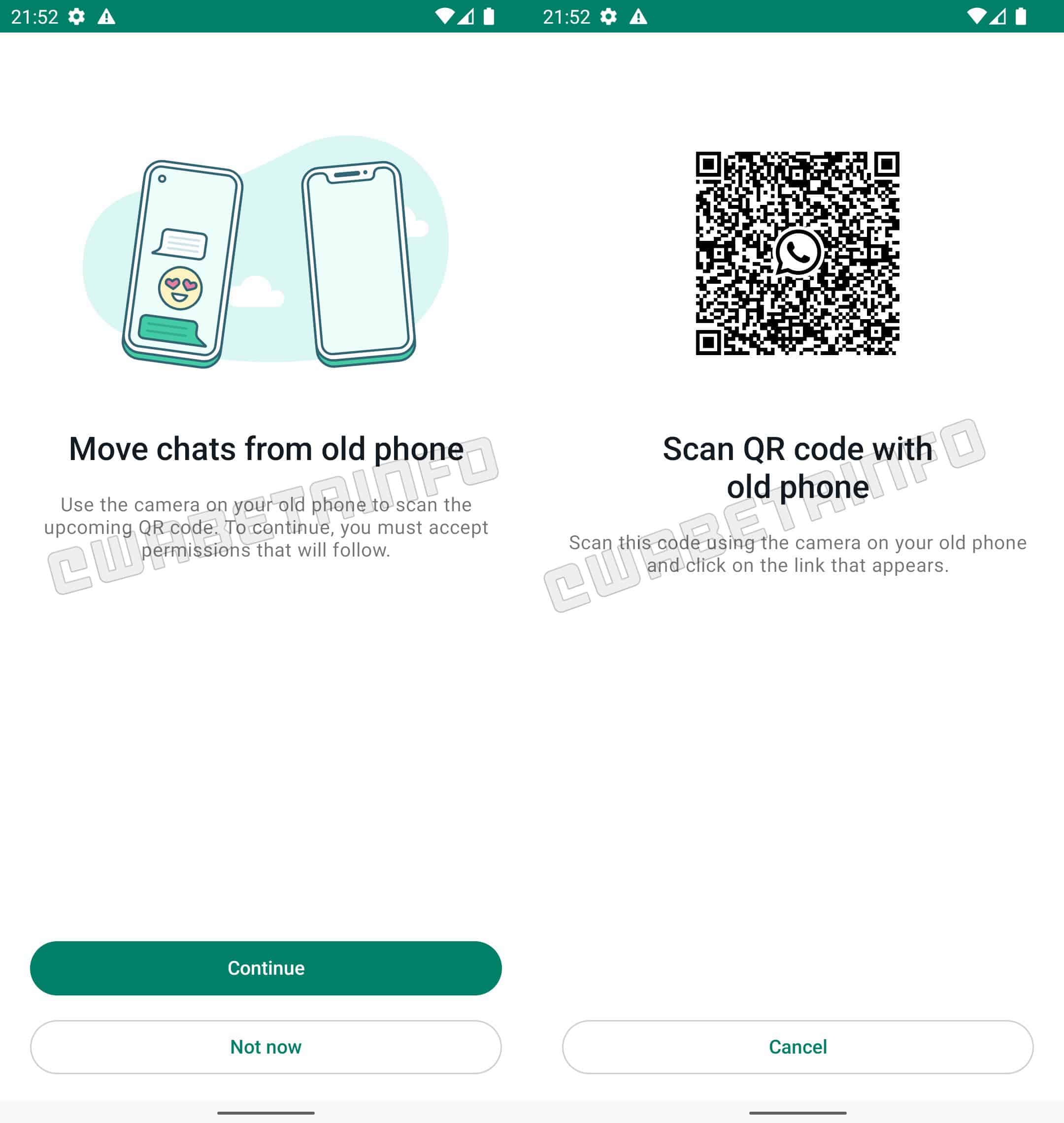 The real migration of the chats will happen after the operation is finished, but this can only happen between two Android smartphones. This method of operation does not now apply to the iOS operating system. As is customary, there is no set timeframe for the stable public release of the conversation transfer feature, which is presently under development.

As a last note, we would like to remind you that WhatsApp has also updated the list of devices that will be able to use it as a messaging service in 2023. You can find the list of smartphones that will soon lose compatibility with the app below:

Previous iPhone 15 Pro Max in a concept video: Here's how it looks like