Honor recently released the Honor 80 series in China with appealing specs like 160 MP cameras. However, the numbered series won’t stand as the company’s highest offering. The brand’s true flagships will come from the Honor Magic series. The leaks for the upcoming Honor Magic5 series are popping out already. We’ve been looking at the MWC 2023 as a good spot for Honor to present the new flagships. A new leak indicates that this is the case, more than that, it seems that Honor will go after Samsung and its upcoming Galaxy S23 series. 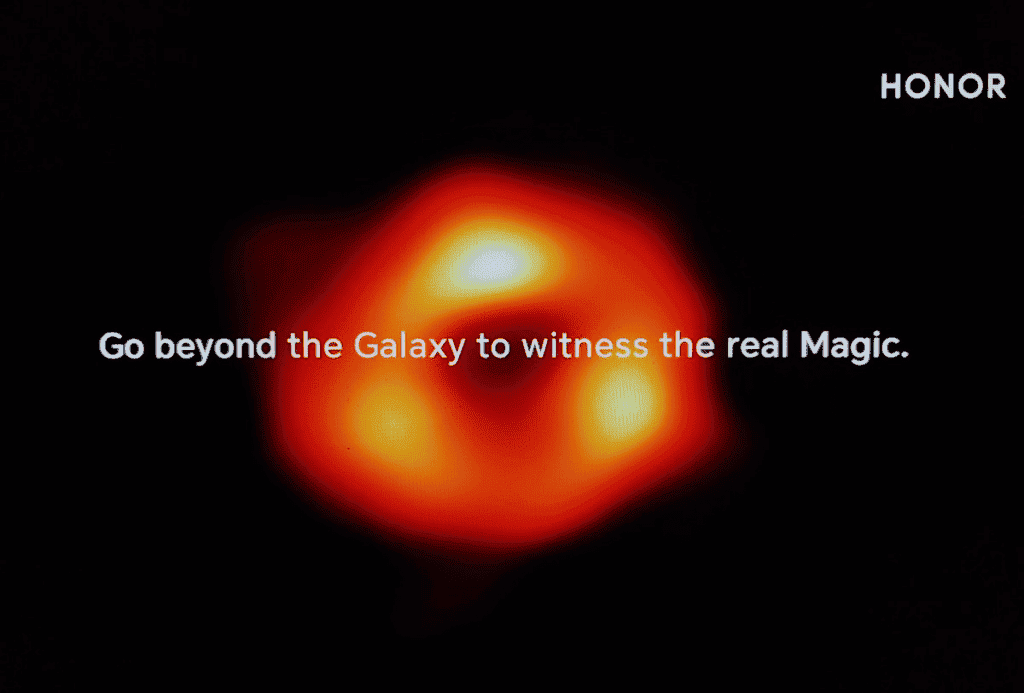 A reputable tipster shared what seems to be a teaser image for Honor’s presence at MWC 2023. The teaser says “Go Beyond the Galaxy to witness the real Magic”. Obviously, the “Galaxy” here is an apparent reference to Samsung’s smartphone series, most precisely, to the upcoming Samsung Galaxy S23 series. Samsung will not wait for the MWC 2023 to present its new flagships, they will come early in February. However, the brand’s flagships will certainly be the town’s talk during February. So, Honor will need to steal the attention with its Honor Magic 5 series. Apparently, the brand is pretty confident the new phones will do so.

An interesting note is that the background of the teaser is a black hole captured by the Event Horizon Telescope. In fact, it’s the first black hole and a clear reference to the Galaxy. So far, Honor didn’t give any detail about the upcoming Magic 5 series phones. However, the company is already preparing for this release. The Honor Magic 5 got its certification at MIIT, which clearly points to an imminent release.

The device also appeared in a couple of renders that confirm a triple camera setup. We don’t know exactly what are the specs of the camera, but we know that the brand will use “100x Zoom” for marketing purposes. The leaks point to a sensor with 10x optical zoom and 100x hybrid zoom. We expect more details to appear soon. The devices may appear in China ahead of their global MWC 2023 presentation.

Next Huawei Kirin Chip: Users Suggest Kirin 9 Gen 1 as the New Name for Next Kirin Chip, is Kirin Coming Back?