Elon Musk keeps running to increase Twitter’s revenue in light of a 40% drop year-over-year in 2022. Twitter introduced its new Twitter Blue subscription program that gives subscribers special “verification” icons and some extras. However, that is just a slice of Musk’s master plan to make Twitter more profitable. Recently, social media updated its developer rules to ban all third-party applications. As a result, popular Twitter clients like Fenix and Twitterrific are no longer usable. Now, Musk confirms the arrival of a new, costlier, subscription plan that will free users from being annoyed by ads.

Obviously, for social media platforms, like Twitter, the biggest part of revenue comes from advertising. The firm was not able to properly make a profit from ads within 3rd party clients, and that explains, its decision of banning all apps. However, ads can be annoying and sometimes intrusive for certain users, the company is aware of this fact. Even Elon Musk, the CEO, is aware of this fact. According to him, ads are “too frequent and too big”. The company will take some steps to address those issues in the coming weeks. 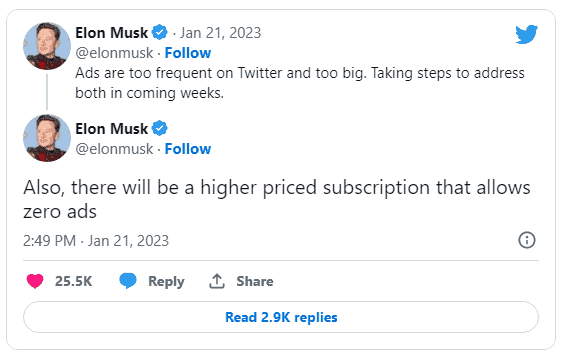 Elon Musk replied to the same Tweet, teasing a new tier that will free users from ads. If the current Twitter Blue pros are not enough to convince you to subscribe, then the new tier without ads will do so. However, Musk clearly states that it will be priced above the current $11 price. 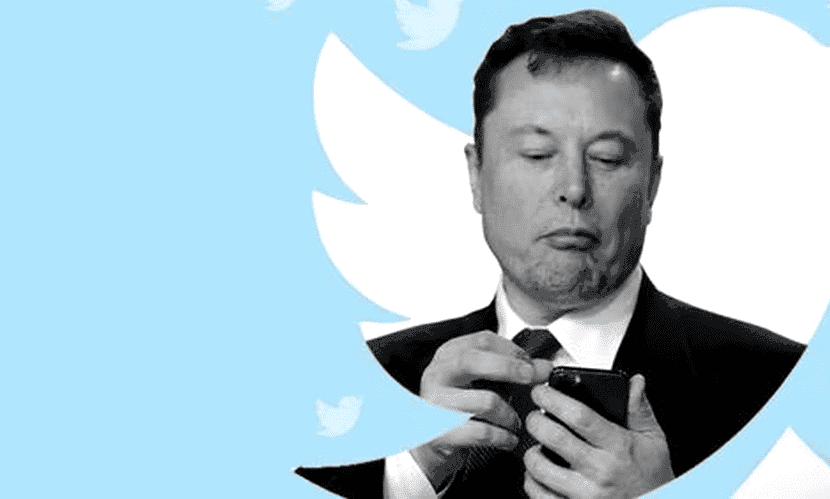 As per the reports, the social media website currently earns 90% of its revenue from selling digital ads. That revenue saw a massive drop due to a lot of brands pausing their Twitter ads. According to reports, 17 of the 30 top brands started to drop their ads once Elon Musk took the helm in late October. As per Musk, certain organizations have been pressuring brands to stop their advertising. Due to the drop in revenue, Elon Musk needs to find alternatives to make a profit with Twitter. Otherwise, the company can go bankrupt. Twitter’s Blue basic tick already offers half the number of advertisements. The new tier will come later in 2023 with no ads.

Next iPhone 15 Pro to bring a gorgeous curved display