Earlier this month, the OnePlus 11 was unveiled by the brand in the Chinese market. Now, the company’s main flagship for 2022 is about to make its global debut. On February 7, the brand will take the wraps off the global variant, and apparently, the device won’t come alone. We’ve been seeing leaks and teasers for the OnePlus 11R since the last year. Amazon just spilled the beans, and now we know the phone will also debut on February 7th.

Amazon set up the landing page for the OnePlus 11R, in which the retailer confirms the phone’s launch date. The OnePlus 11R will be disclosed in New Delhi, India, at 19:30 local time. Besides the OnePlus 11, and OnePlus 11R, the brand will also present a new smart TV and its all-new keyboard. Most of these product releases will likely be limited to the Indian market. We don’t think the OnePlus 11R will make its way to other countries. After all, this particular lineup has been exclusive to India for the past generations.

As usual, the OnePlus 11R will be a cost-effective flagship and the entry-level variant of the OnePlus 11 series. However, this time around, there isn’t a Pro variant. So Indian users will have to opt between the 11R and the regular 11. Thanks to the leaks, we know what to expect from these two handsets.

The OnePlus 11R had a few parts of its design revealed. The phone marks the comeback of the alert slider for this lineup. Last year, neither the OnePlus 10R nor the 10T had the alert slider. OnePlus probably had a change of heart and is bringing it back to the flagship series. Although this is not a ground-breaking feature, we have to say that it’s a nice addition that makes the OnePlus phones exclusive. 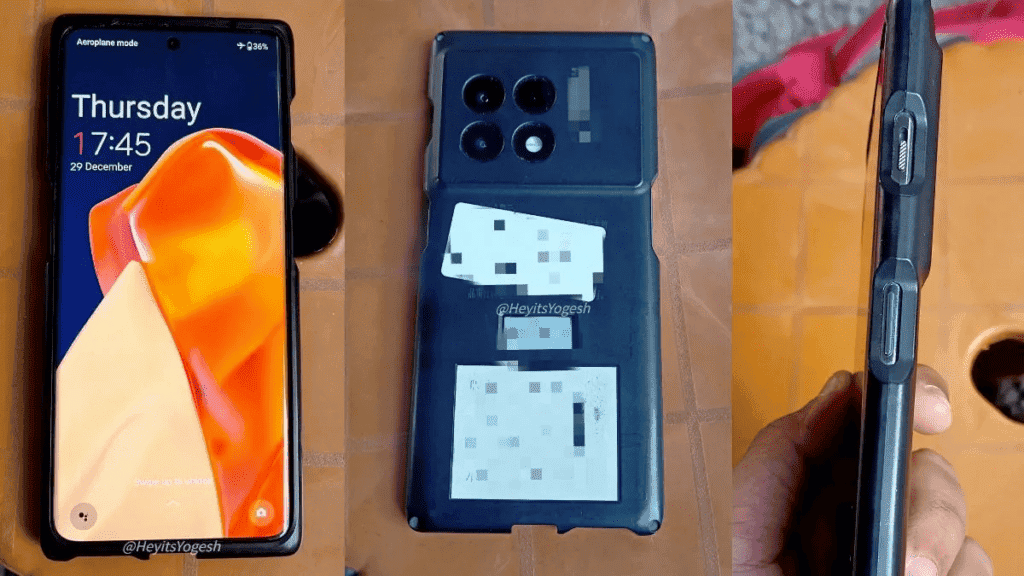 As per the leaks, the OnePlus 11R will pack the Snapdragon 8+ Gen 1. That’s the same chipset found in the last year’s flagships. It means the OnePlus 11R will be way beyond its predecessor in terms of performance. In fact, it’s even faster than the OnePlus 10 Pro. The phone will get up to 16 GB of RAM and 512 GB of Internal Storage. The phone will get a 6.7-inch AMOLED screen with a 120 Hz refresh rate. Unlike the OnePlus 11, it will get a centered punch-hole for the 16 MP camera. The device has a triple-camera setup at the back, and we expect it to get a 50 MP main, 8 MP ultrawide, and 2 MP decorative sensor.

Next Why Android 14 Will Block App Installation?

OnePlus 11R design has been exposed once again