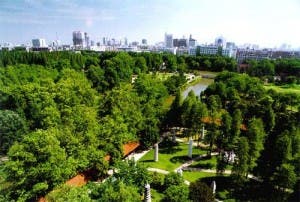 A homemade bomb was discovered at the gate of Liberation Park in Central China’s Hubei province earlier this week.
The device was found by a sanitation worker and a group of morning exercisers who found a suspicious looking package near the entrance of the park at around 9am on Nov. 30th. The local bomb disposal team managed safely move the bomb an hour later.
The case is still under investigation.

Previous Venus De Mio Made From Panda Dung Sells For $45,000!