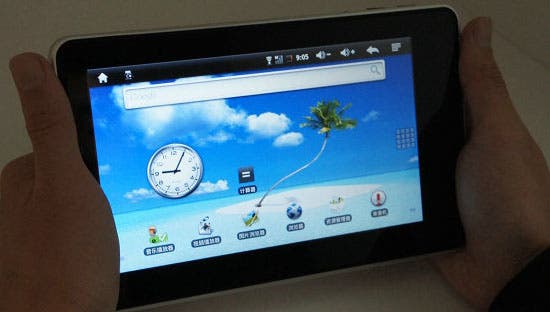 The Wopad is really generating a lot of interest. It’s one of the first Chinese made Android tablets to hit the market with an excellent capacitive screen and an extremely low price. Check below for the full spec and photos of a production model. 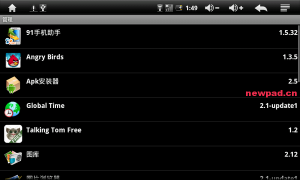 The Rockchip CPU runs at 600mhz, which may sound a little on the slow side when compared to the 1Ghz iPad and 1.2 Ghz Galaxy Tab, but 600mhz is more than enough for most tablet duties which such as browsing the web, sending emails, e-books and simple games such as Angry Birds. 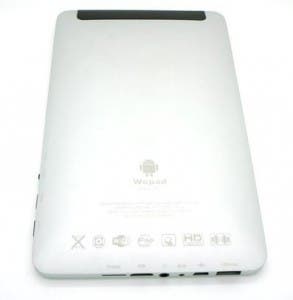 The production version of the Wopad looks pretty much the same as the prototype we covered here, only it gets an cool little Android robot on the back along with some other labeling and system notes. 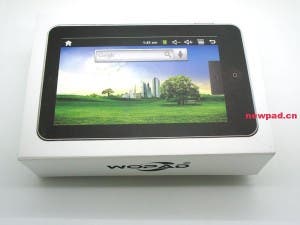 The packaging seems to be a bit of a let down as it doesn’t even feature a Wopad on the lid! you see the home iPad like home button? The actual Wopad doesn’t have one.

If other manufacturers follow the Wopad lead we’re in for a bumper year of great Chinese made tablets in 2011, and as specifications grow and prices decline I imagine we might see some local products rivaling the big guns!