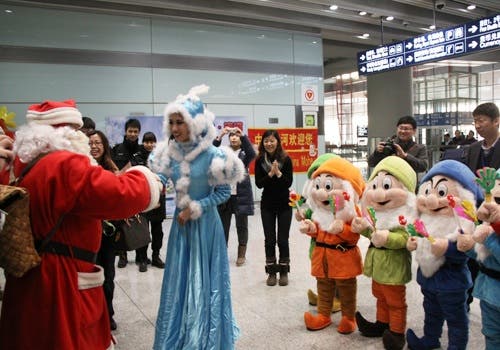 Santa arrived in China in Beijing on Saturday night and managed to keep his arrival a secret despite an entourage of dwarfs and a bloke in drag!

Santa is heading up to the Mohe, the northern most Chinese village, to take pat in a performance at the newly finished Chinese Arctic Village.
The village, which has it’s own Post Office, souvenir shop and Santa house, is part of a 1 million square meter entertainment venue designed be a British company.

Media outlets were claiming the Santa who arrived on Saturday night was nothing more than a 60 year old Finnish man impersonating the jolly red clothed man, but we have it from the source he’s the real deal!
Plus who else would get a polar light show for an arrival celebration? 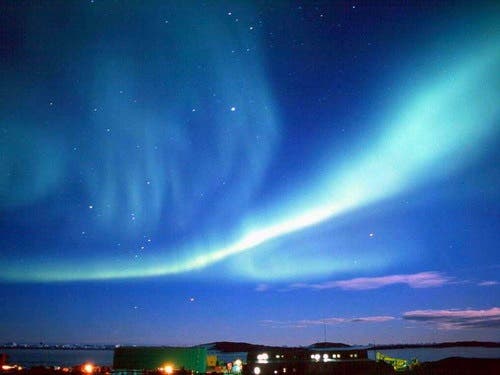 Next Mark Zuckerberg in Beijing Meeting With Baidu