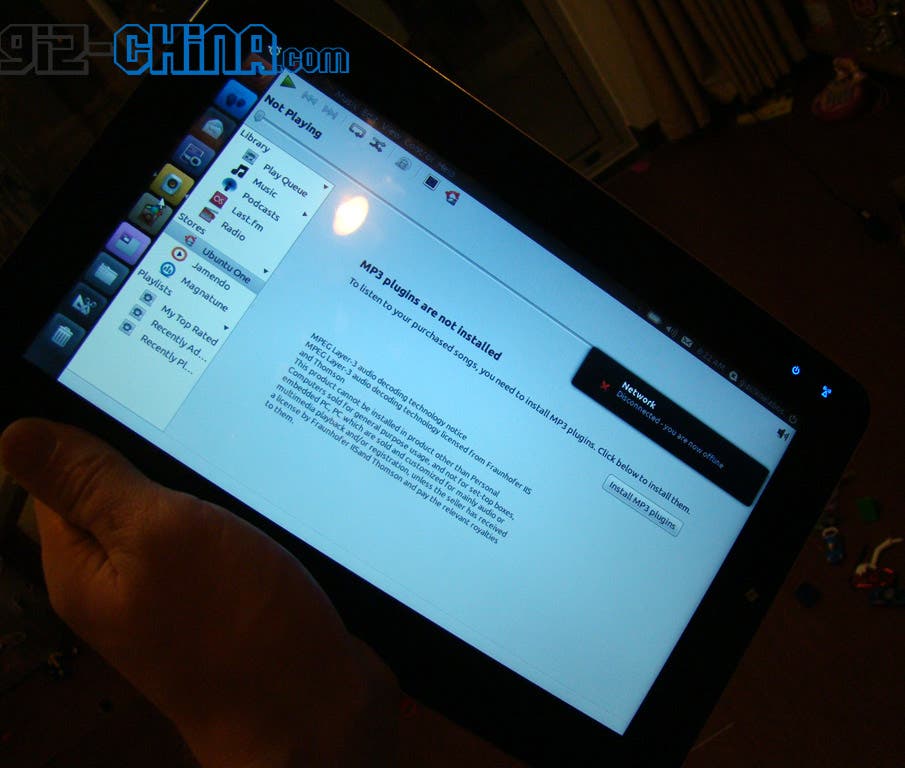 Details and pictures after the jump.

The specs aren’t yet complete but this 10 inch multi-touch tablet running Ubuntu Netbook 10.10 has an Intel Atom 1.6 Ghz CPU, 2 Gb RAM and a 32Gb SSD hard drive. The bugs are still being worked out but initial impressions are good and boot up time is almost instant!

We’ll bring you more news as the tablet develops, but if you’re interested in learning who’s helping with development there’s an Easter egg to be found in the pictures!