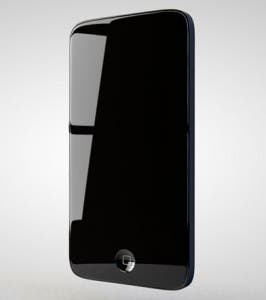 The iPhone 5 rumors have been a little confusing this year, but the latest news hints at a September 7th release!All year we’ve been hearing conflicting rumors about the release of the iPhone 5. There are were the rumors which stated the latest iPhone will be a complete overhaul from the current iPhone 4, but then there were the rumors that said it wouldn’t,  and in fact there is no iPhone 5 only an iPhone 4s…

We have even heard people suggest that Apple will release two new iPhone models by the end of the year! An iPhone 5 and a cheaper iPhone 4s, or possibly Nano.

And there are the reports the iPhone 5 will be 4G.

There are even iPhone 6 rumors on the go!

Whatever is going to happen, its likely that our questions will be answered around September, and according to The International Business Times, September 7th is the likely date!

The magazine also claimed that the iPhone 5 will be running iOS 5 (Duh!) and iCloud will likely be online at the same time, but most interestingly of all, the claimed reasoning behind the September release of the iPhone 5 is due to pressure from Android devices:

iPhone adherents will seethe with anger if their phone doesn’t tally up to the competitions’ range of Android OS-based phones as early as possible. Apple must have found it difficult to contend with the allegation that most of the rumored iPhone 5 features are already on Android OS-based devices.
Not sure we agree with that, but it’s an interesting rumor non-the-less.

Next Gooapple 3G Ultimate iPhone 4 Clone: 4 Pages of Everything you Need To Know!