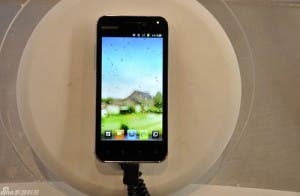 The Huawei Honor signals the Chinese Android device manufacturers first push in to top of the range cell phone territory. It’s great specification and features look fantastic, plus it doesn’t hurt that the Huawei Honor looks a lot like an iPhone!

As we previously reported here, the Honor from Huawei features a 1.4 Ghz Qualcomm CPU and 4-inch capacitive screen.

While that speedy processor isn’t a dual core unit like we have started to see on rivals Android phones, the single-core CPU in the Huawei means the batter life is a staggering 3 days!

Watch the hands on video with the Huawei Honor below!

The Honor get’s Google’s very latest phone operating system which is, in case you didn’t know, Android 2.3.5, or more commonly known as Gingerbread. 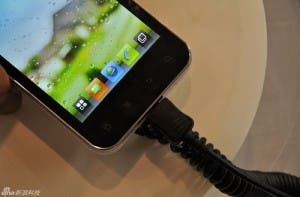 The Honor looks very similar to an iPhone 3GS from some angles!

In fact photos taken on the Honors front camera are nothing to be sniffed at either, thanks to the 2-megapixel front camera. 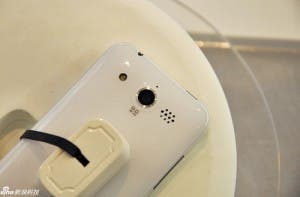 An 8-megapixel rear camera should ensure great photos from the Honor.

Inside the Huawei Honor gets a monstrous 1900mAh battery, giving the 10.9mm thick Android phone a 3 day standby time!.

All the other Android smartphone functions are packed inside also, such as Wi-fi, GPS, 3G
and connectivity via WCDMA/HSPA.

Huawei’s Honor will go on sale near Christmas this year and will be competing directly with Xiaomi, which features a similar specification but a dual core CPC, Meizu’s MX which is going to be the worlds first Quad-core phone and possibly even the iPhone 4S, which sounds like it is just an souped up iPhone 4!

We’ll keep you posted on price details and other features for Huawei’s new Honor Android  as we get them!

Next Lenovo A1 Tablet The Best $150 You Will Ever Spend!