We have already reported on the F4S Android tablet which is self marketed as a ‘Steve Jobs Memorial Android Tablet’, twice, but this is the first time we have had a good look at this oxymoron of a device!

Design wise this is nothing new, as Chinese factories have been using the iconic iPhone 4 design as the basis for Android tablets for over a year, however what is new is the use of Steve Job’s image as a marketing tool for the overgrown knock-off. 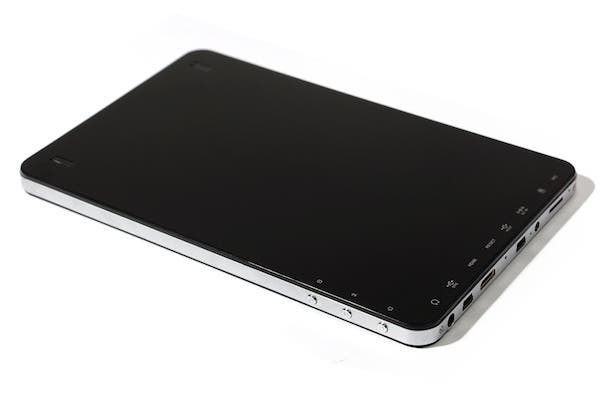 We are usually quite complementary of knock-off and small brand Chinese electronics, but we can’t help but feel some disgust toward the F4S tablet as it really has nothing going for it when compared to tablets like the Visture range of Android tablets and the Grefu M97 (iPad 2 Clone). 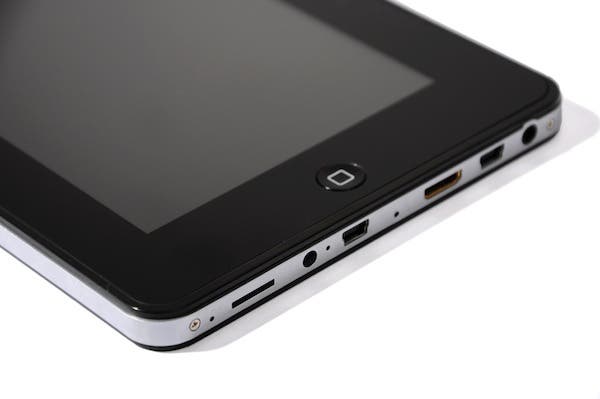 There are also a micro SD card reader, HDMI out, 2x micro USB, and a front facing camera for video chat.

All of the above specs and more can be found on similar Chinese Android tablets which don’t resort to using Steve Jobs’ image to try and sell their product.

More images of the ‘Commemorative Steve Jobs Android tablet below’