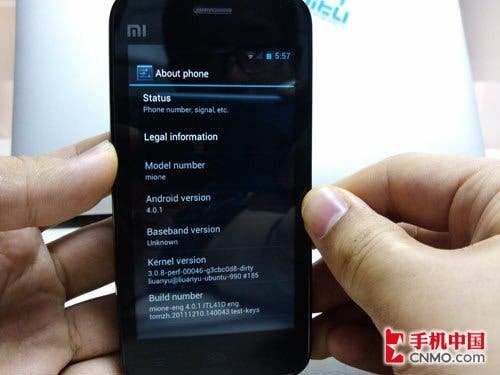 Google’s Ice-cream Sandwich OS has been spotted on tons of Chinese Android gadgets this past month, and now it has been seen running on the Xiaomi M1 dual-core Android smartphone.

The pictures come from Xiaomi’s engineers who are currently working on Android 4.0 Ice-cream Sandwich for the Chinese smartphone. First impressions of ICS on the Xiaomi M1 are very promising with reports claiming it runs very well on the the phone.

Android Ice-cream Sandwich for the Xiaomi will also get the MIUI user interface and will officially be known as MiUI V4.

The first official release of ICS for the Xiaomi will be based on the Android 4.0.1 kernel and should be ready for release to the public very soon! 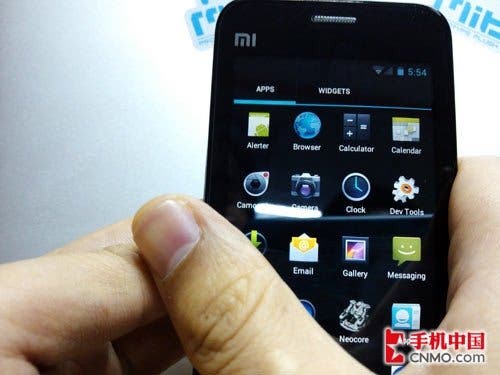 Once released the Xiaomi M1 will be China’s first Ice-cream Sandwich Android smartphone, and only the second ICS phone available worldwide behind the Samsung Galaxy Nexus.

For those of you interested in the dual-core Xiaomi M1 with 8-mega pixel camera check out our previous coverage here, and keep posted for our full in depth review which will be coming very soon!

Previous How To: Install Android Market on Blackberry Playbook!